Why Today? A week or two ago #OCCUPYSQUALOR announced that today would be their day of action. The eviction yesterday and multiple arrests seems to have neutered their plans a bit, but why did they chose today of all days. Why did it have to be today when they knew an eviction was coming?

The Debate:
Regards Perry's explanation of which agencies he would cut, I....

Oh hell with it. I'll let this young lady comment.

"He was being coherent and everything!"

I guess all we can do now is blame Texans Avatar and Ubu for that  horrible moment and move on with our lives.

UPDATE: OK. Decent recovery on a later question but damn.

1 Hey, don't get me started. For all that there's not anybody more appealing running, my first thought when I heard about Perry's candidacy was "oh, not again..." I only talked Mom into supporting his presidential run by mentioning that if he won, he wouldn't be governor anymore!

Don't Forget. There is an Election Tomorrow. There are elections tomorrow for the Senate and House of Delegates in Virginia. A quick overview of whose in what VA district can be found here. The State Board of Elections page is here. There is a good page  on Virginia at Ballotpedia as well. 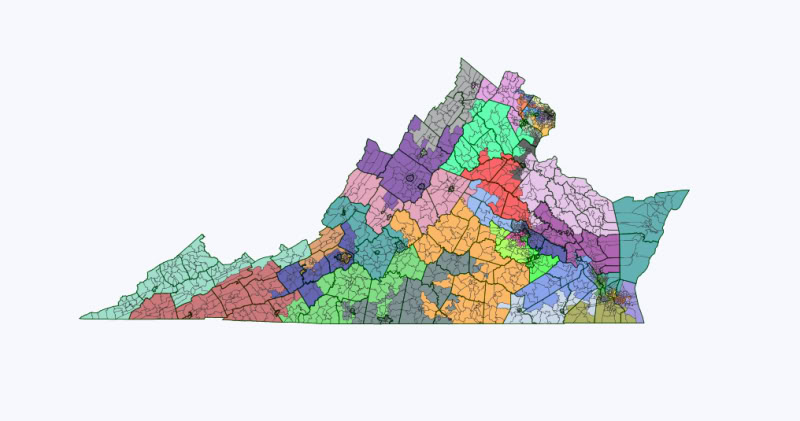 CAGE MATCH! I'd been up for 2 and a half days dealing with butler issues when I finally got a relief in the form of my sister, who came by Saturday afternoon. So when I laid down, I stayed down and slept through the Gingrich/Cain debate on entitlement reform. Fortunately, being C-SPAN, it is available here.

As expected, Gingrich won. He excels at this format. Indeed at one point Cain dropped a bit on defined benefit vs defined contribution plans. However, he did recover and otherwise did alright. Cain really was no slouch and showed he had a lot of good ideas, but Newt really owned the stage.

Gingrich deserves credit for setting this up and Cain deserves credit for agreeing to this. It is telling (and a sad commentary on the state of politics) that no one else in the Republican field agreed to talk specifics  about this third rail stuff. These two are at least serious about dealing with these problems. Gingrich's outstanding performance may well have given himself a considerable boost towards escaping third place. However, by virtue of participating, and speaking thoughtfully in intelligent English rather than bumperstickerese both guys are on my shortlist.

A lot of Cains's arguments, tended to be more philosophical, though it is obvious he has given considerable thought to the issues at hand. Gingrich on the other hand was a cornucopia of facts and figures replete with anecdotes related to the mind numbing stupidity he witnessed first hand in congress.

What was most refreshing about the debate was its intelligence and civility. I strongly urge you to take 90 minutes and watch it. Two really smart guys discussing entitlement reform is certainly no roller coaster of thrills, but it is damned refreshing and was a really informative talk.

There is going to be a similar exchange hosted by the Heritage Foundation (with the addition of Paul and Romney) on national security on November 22.