Stupidity ≠ Malice ...but the results are hard to tell apart. The Anchoress has a post up regarding the current administration that some will find off-putting, but it's a good opportunity to touch on something I've wanted to... 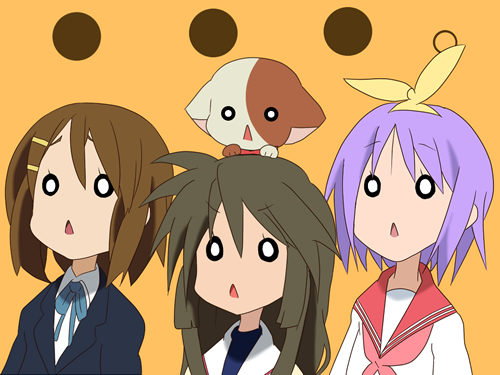 Oh right. It's politics...so it goes below the fold...

The piece at the Anchoress postulates that the bizarre mistakes we see from the administration are not the result of incompetence or ignorance but of sinister design.

This...um...this is a very good place to remind everybody of a quote that I've heard attributed to Heinlein, Ben Franklin and Lord Acton.

1: Most people go into elected office to do what they believe to be good.  They don't necessarily have any real world experience in the matters they delve into.
2: Most bureaucrats seek to expand their power.
3: Our government does seem to fill positions via the Peter Principle.

These three things alone are a recipe for disaster. No malice is necessary.

Now in her post, The Anchoress links to this piece regards the current floods, which everyone should read in full.  It postulates that the current floods were vastly increased in severity by government action.

Now a few years ago we were watching in abject horror as people openly accused President Bush of blowing up levees to kill black people because he's such a damned racist that both his Secretaries of State were African American.  It would, therefore, follow logically that one ought to be careful about throwing such accusations about.

This year, despite more than double the usual amount of mountain and high plains snowpack (and the ever-present risk of strong spring storms), the true believers in the Corps have persisted in following the revised MWCM, recklessly endangering millions of residents downstream.

So unlike Bush and Katrina this flooding really IS due to deliberate decisions that were made just prior to an anticipated disaster. Now Bush doesn't get a pass on Katrina because screw-ups without evil intent are still screw-ups and they cause people distress and loss.

But even a pro-active screw-up, does not prove maliciousness.
That is if the accusations here are indeed true we have some dudes who need to be fired/unelected and made examples of. People who were too stupid to realize what would happen if they filled the flow ponds right before a flood.


Perhaps tellingly, not everyone feels the same apprehension toward the imminent disaster.

Greg Pavelka, a wildlife biologist with the Corps of Engineers in Yankton, SD, told the

Seattle Times that this event will leave the river in a "much more natural state than it has seen in decades," describing the epic flooding as a "prolonged headache for small towns and farmers along its path, but a boon for endangered species."

...even this does not prove maliciousness, merely perniciousness. The implication is they have such tunnel vision for their goal that they glossed over the side effects. Firing offenses perhaps, but not necessarily evil in intent.

A few days ago I sort of chastised Steven Den Beste for bringing a conspiracy theory into a comment thread which was otherwise devoid of...(well, devoid of anything really).

There is a problem however.

The Gunwalker fiasco beggars belief. It makes zero sense...unless the crazy notion that it was a false flag operation is taken into account.
Of course that is CRAZY.

You see gentle reader, therein lies the problem The Anchoress and others have. These people who are always talking down to us, who flaunt their degrees and sneer disdainfully at anyone who is not a graduate of an elite school....well...THEY GRADUATED FROM ELITE SCHOOLS!

So how stupid can they actually be?

When their whole argument for why they should run things is "We are so smart and you slopeheads are soooo stupid!" It becomes difficult to grant them the usual benefit of the doubt that they never give us.

Of course there is a longer version of the quote, that is generally attributed to Heinlein.

"Never attribute to malice that which can be adequately explained by stupidity, but don't rule out malice"

This is not to say that malevolence is afoot. Merely that those who broach the possibility should not be dismissed out of hand. It also bears remembering that the alibi in these and other fiascoes is bone crushing stupidity...and that rarely leads to a good place either.

1 I did read one account about how "pulsing" the river flow tended to produce a scrubbing effect that helps keep the river bed from silting up - so it's entirely possible that this is being done, not purely for environmental purposes, but also to help keep the river navigable. Believable and a whole lot more palatable. Any idea whether it's correct?

2  I can find no reference to any rationale for the pulse aside from helping sturgeon (not an ignoble goal of course).

This seems to fit with the American Thinker story. They had canceled the pulse because of the rising water but had already filled the reservoirs in anticipation of the pulse leaving nowhere for the water to go.

The navigability rationale you mentioned would seem to make sense, that's how they used to clean out city drainage systems. However, I'm not sure rivers respond the same.

OMAHA – A small pulse of water will be put into the Missouri River beginning Mar. 21 to benefit the endangered pallid sturgeon, the Army Corps of Engineers announced today. The pulse complies with the requirements of the U.S. Fish and Wildlife Service’s 2003 Amended Biological Opinion. Previous pulses were conducted in May 2006 and March 2008.
The pulse will coincide with the annual increase in releases from Gavins Point Dam, near Yankton, S.D., to provide flows for commercial navigation and other downstream uses from Sioux City, Iowa, to the Mississippi River. This will be the seventh consecutive year only minimum navigation flows will be supported because of drought impacts on upstream reservoirs.

The pulse seems to be purely a happy sturgeon thing, but in the quoted case coincided with raising the water level for navigation.

3  There is, of course, the view that stupidity is the natural defense of our leaders for their actions, protecting them from eyes that might seek the hidden motivations for the works of their hands.  In other words, are they just stupid, or are they just pretending to be?

"Generally, US foreign policy is remarkably consistent and cohesive, a deadly success, given the interests it represents. Those who see it as repeatedly befuddled are themselves revealing their own befuddlement.

Sometimes the policymakers themselves seize upon incompetence as a cover. --  Social Historian and author Michael Parenti