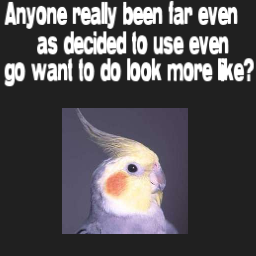 Unrelated bird is a trespass but relevant caption is relevant to the banality....
...Said caption also seems to have a similar coherence level to the last Japanese paper I turned in.

I there was recently a cascading screw-up in my pay at work. I was underpaid  by a trivial amount ($13.83) As the regular clerk was on vacation, a fill in payroll person cut me a separate check to cover the difference...so far so good...except that the direct deposit program registered THAT as my actual paycheck....thus this paycheck was said trivial amount. Its being fixed but damn that annoying. I've got tuition and insurance coming due this month so this was most unwelcome....(as opposed to the unbridled joy it would have instilled in me any other time).

After botching a Japanese writing assignment Friday , I cleaned out the pickup of peril.
Keeping with the days overall level of success, I neglected to put the first aid kit back in, so when, about 40 minutes later, a car made a hairpin left turn on the interstate,  crossed 7 or 8 lanes of traffic and hit the crash barrier with such force that it ricocheted straight back across 4 lanes, I stopped to assist and found myself equipped with nothing but my bare hands.
Fortunately 2 other people stopped as well and there were no severed arteries in the wrecked car.
It was not pretty however, the driver was wearing no seatbelt and his face had impacted the windshield twice while bounced back and forth in his violent journey from the drivers seat to the passenger seat. The three of us were able to do little but try to keep him immobilized to the extent we could reach his head... and direct rush our traffic around a wreck in the center of an 8 lane highway where it narrowed to 5. Fortunately a very small, very competent state trooper stopped shortly thereafter and her tiny arms were able to get into holes that ours could not, thereby ensuring the victim was adequately secured. After that the only thing for me to do was to help keep him secured and later pry open the passenger side door to allow the paramedics to apply the horse collar and get him on the stretcher. The passenger did not seem seriously injured, though he was beat up a bit and had no memory of how he ended up in the rear seat.

The rest of the weekend has revolved around Microsoft Word as I'm trying to complete a paper. I also spoke to some people via AIM that I had not talked to in quite a while.

Saturday afternoon I discovered that Diebold ATMs do not recognize my ATM card.

Last night, after replacing the first aid kit, I worked for several hours on my term paper. Upon reviewing it this morning,  I discovered that not only had I written essentially the same paragraph three times over the course of two pages, but it was only slightly more coherent than a random passage from Finnegan's Wake.

With that I decided that sleep was likely a more productive investment.

Anyway, the weekend has been largely unproductive.

Blogging will resume in a few days.