First World Problems
My computer's been clunky lately and Thursday morning when I got home from work, the only thing that displayed on the screen was a folder labeled with a question mark.

Having no patience for such introspection from a very expensive appliance, I attempted various Mac-specific fixes to no avail. I dropped it off at Mac Specialists on the way to check on my Mom (who was in the hospital getting her Gall Bladder removed).  Friday I was informed that the hard drive is shot. Fortunately, it was still under warranty from the time it got repaired after being struck by lightning. I should get it back late next week.

In the interim, Kuroi, my netbook with the tiny keyboard, has been crashing with demoralizing regularity. Last night I had a friend look at it and discovered that MacAfee was dueling with the Norton  that was bundled with the machine but was ostensibly never activated.

It's slow and I can't do frame grabs with this set-up, but I can actually poke about online for the first time since Wednesday night.

In other news, after a brief scare where she tried to pick up her grandaughter and opened herself up,  Mom is doing much better, though it is a chore to keep her from lifting anything.

Dad goes under the knife in two weeks for a hernia operation. I'll be super mister butler man for six weeks thereafter, so I' withdrew (early enough for a refund) from the two summer classes I was taking. I may take them in one of the later summer sessions.

Anyway,  as compensation for having sat through that banality bombardment, here is Kem Kem's rendering of 'Rei' Yamamoto, from Yamato 2199.. 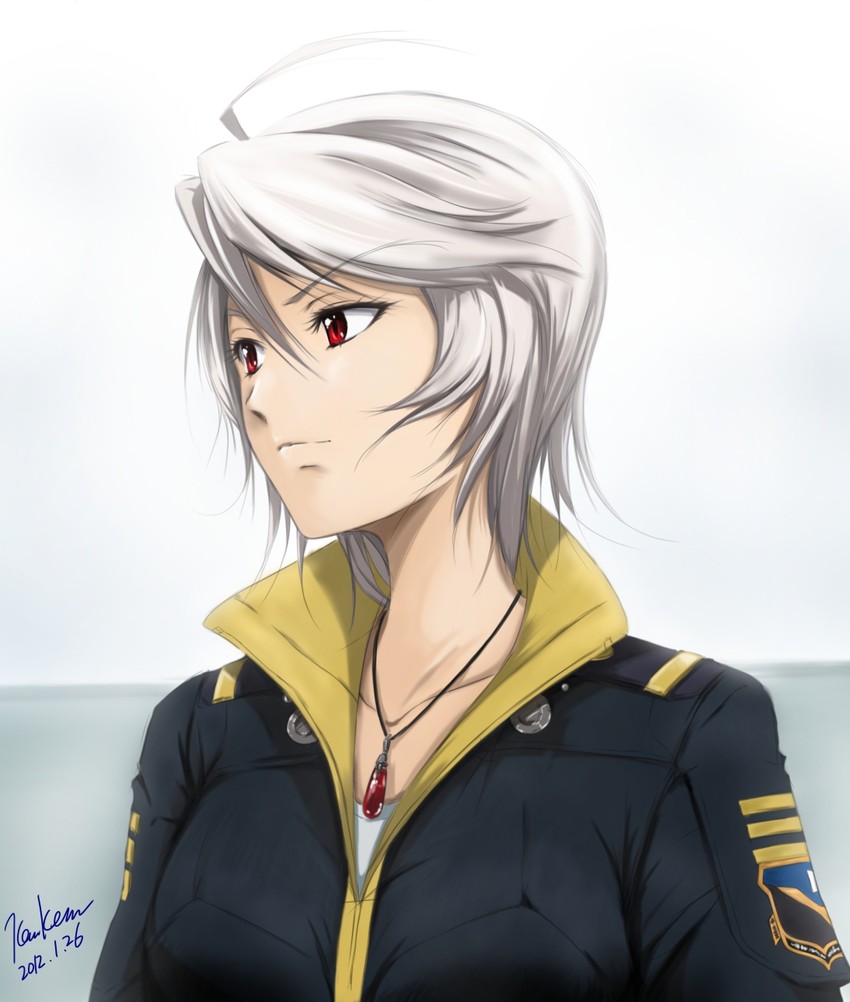 I can sympathize having gone through computer troubles of my own. (and I long for System 8.6's lack of a need to reinstall your apps after an update.). It's one update after another, it seems.

Did I Think That, or Did I Post That? Due to the unanticipated cram session, aside from a brief nap in the car, I got no sleep from Sunday morning until Tuesday. Tuesday night my attempt at sleep was thwarted by the vast quantities of espressos and other caffeine delivery methods I'd partaken of over the previous days. Wednesday, I had to work late, had niece duty and caught up on current events...which, along with lingering caffeine had me staring at the ceiling in dread after I went to bed. Thursday, I took all manner of caffeine to keep from falling asleep on the way to work which kept me up most of that night as well. By yesterday I was punchy and stupid but too wired to sleep. Various chores and errands as well as an ill-conceived desire to celebrate my matriculation kept me up till a bit after 11pm by which time I think I'd had less than 5 hours of sleep all week.

I woke up today at quarter to noon.
Ahhhhh....Sleeep.
Everything looks more colorful now.
I felt so much better as I drank my coffee and pondered my day...except for this silly nagging fear that....(checks SENT folder) .
..oh %$#!
...oh dear.
..Yes indeed.

I'll just crawl under the bed and die.

Update I got home from work, cut the grass, checked my grades online and discovered that I had gotten a C+ in Japanese...despite my many zeroes.

I then went to make myself some raisin toast but....upon reflection, I decided I didn't need any bread after all.

3 Yay!  There is justice in the world, sometimes.

Meanwhile, Down at the Viking Burger... 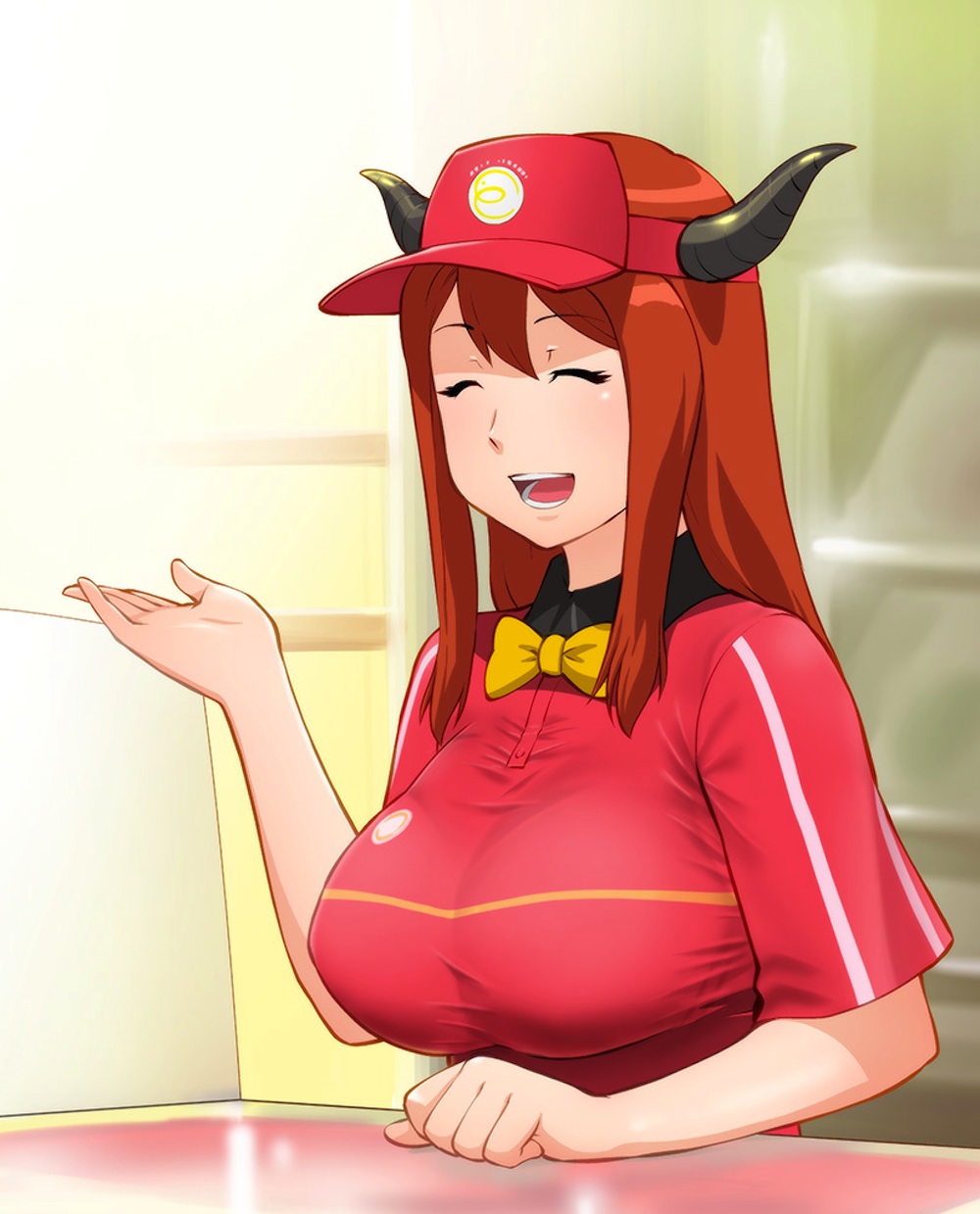 Art by Ueyama Michirou whose fine stuff can be bought here.

I dunno either but the unrelated picture is rather more pleasant than the banality that lurks below the fold.
more...

1 Glad to hear it, and good luck on your grades!  Get a good night's sleep and settle things at your day job.

Once that's done, we expect to be entertained.  After all, that's what we're paying you for...  What do you mean you never got the check?

2 Hope everything turns out okay!

3 I spent a merry hour paging through Ueyama's blog, collecting some very nice pictures of miniskirted pirates, alien cat girls, a certain robotic maid, and some aptly-described SAOppai. His various attempts at detailed muscular definition didn't work for me, but the soft-and-cuddly stuff was quite pleasant. Catgirl Chiaki for the win.

4 You got me curious, so I just took a look. I saw Mahoro, a couple of girls from Dog Days, and some girls from Senran Kagura.