Banality Intercedes My Dad had a hernia operation Wednesday following close on the heels of mom's gall bladder surgery. I've been mister butler man for a bit, doing all their errands as well as the lawn and garden stuff. Dad isn't supposed to lift anything for a week and then has a gradually increasing weight restriction for a further five weeks. Thus, Friday, when I drove up in the van from work and noted my dad in the front yard hauling around a bag of pine cones, my response was...

...but in a rather less calm fashion.

He seems to be of the opinion that pine cones do not possess mass. Despite my lack of any formal credentials in physics or botany, I am almost certain that this is not the case.

On what Dad insists is a completely unrelated note, shortly thereafter, he became aware of considerable pain and there was concern that he might have to return to the hospital. Friday was consumed by worry to the exclusion of sleep.

At this point he does seem to be doing better and can now get in and out of bed unassisted. Today I got home to find he had driven my mom to the beautician. This was worrisome but it does indicate that he's improving well. Thus, I can relax and sleep without fear that every little sound might be a catastrophe.

In other news. I don't own a van. I was driving theirs because  my '82 Cressida finally had the radiator die. I can't actually complain about this. After 31 years it was pretty much due. I should be reunited with double the gas mileage, comfortable seats, A/C, MP3 and surround sound tomorrow.

Finally, I just got a letter from the VA indicating that as a disabled Veteran I'm to be paid $625.70 a month in education benefits and that these benefits have been accruing since 2009 when the VA lost track of me after I moved.

Well, given how tight money's been after all the medical bills and missed work, this would be a most welcome development aside from one awkward fact.

I seem to have huge amount of money following me that should be going to people who, unlike me, were wounded in the service of their country. There's a number to a robot to verify my enrollment but no way to cancel or clarify the situation. I'll talk to the VA office at school Wednesday. Hopefully, they can resolve this mess in short order.

1 Is that from your service in the Coast Guard?

2 Yes.  The confusion probably stems from my service related injuries.

3 There's also a slight chance that Congress redefined "disabled Vet" so that it covers your "service related injuries".

By the way, how is your effort to get credit for your recetn Japanese class going?

4 That's what I was thinking - though I know a close approximation to nothing about any of the specifics.

6 Donate the excess to a charity that assists wounded veterans in a more efficient manner?

Wheee! So...
Better cut the grass tomorrow then.

1 Over the last few years, were there any tropical storms or hurricanes which hit the east coast that didn't pass near your house?

2 With a few exceptions, only the ones I didn't blog about.
It's self sorting that way and rather skews the sample. 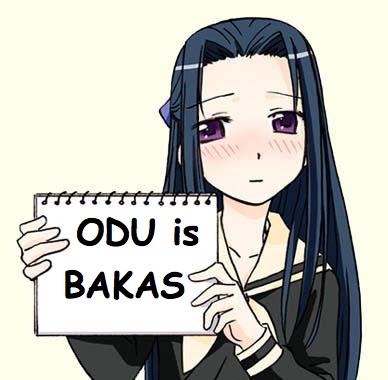 1 They just enjoy your presence so much that they want to keep you around for another year. 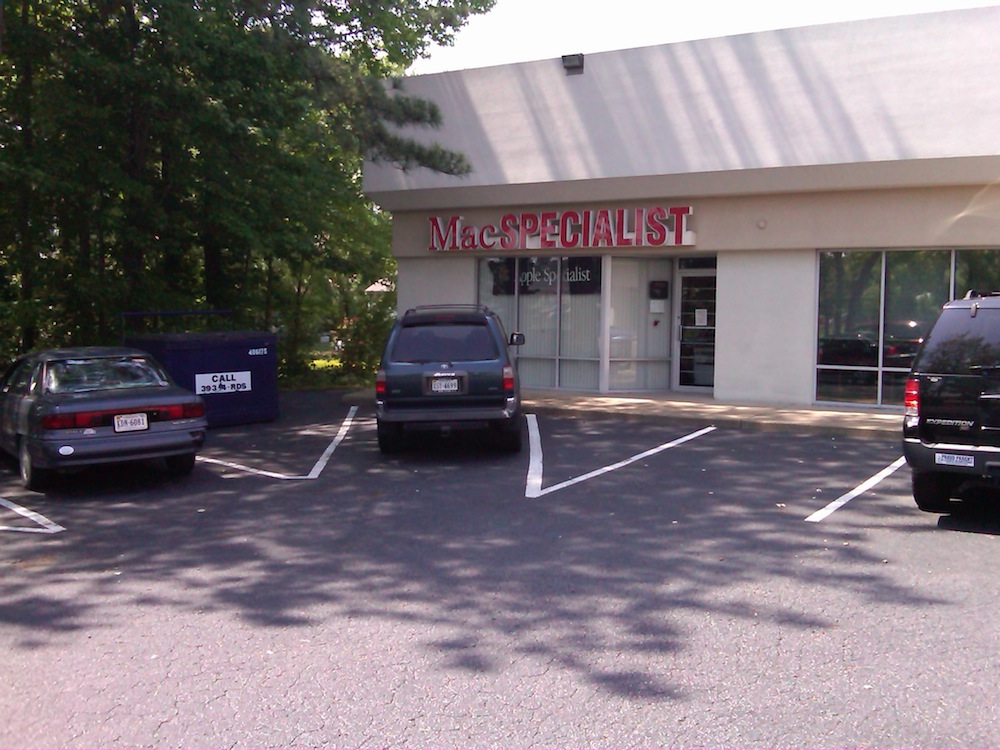 Mac Specialists (formally Connecting Point) at 4772  Euclid Road in Virginia Beach is one of, if not the oldest Apple stores in Virginia. It was set up as a computer sales and repair store and school back in 1980 and has been a Apple-only establishment for most of that time. The store had an excellent reputation for service and greatly hyped Apple widgets in Southeastern Virginia for three decades. The store is no-nonsense and no frills but all service.

But, they are even more impressive than that...

When Apple started its own line of hipster oriented, gorgeously designed, snobtacular stores, it threw the smaller computer stores to the wolves by cutting them off from ordering new machines. Apple even opened an Apple kiosk in the Best Buy across the street from Mac Specialists.

That was several years ago and Mac Specialists is still there, having persevered via sheer excellence in the quality of their repair work, Mac training and customer service. These qualities were made all the more glorious by the stark contrast to the customer service and expertise at the aforementioned Best Buy across the street. I gather that Apple got complaints....I further gather that there were rather a lot because, some years ago, Jobs allowed Mac Specialists to start ordering and selling (but not displaying) Apple products. It's a store with NOTHING on display....but if someone wants to order an Apple they can walk in, sit down, describe what they want and the parts will arrive...assembled.

Which is how I got Holo, my iMac.

The store does a bang-up job on repairs as well, when my iMac was struck by lightning some years ago they fixed it and saved the data. I upgraded the machine to a two TB drive tat the same time. Their bills are itemized minute by minute, part by part. The owner,  John Crow, is extremely knowledgeable and still gives classes on using Apple products.  He is also a former Brown-Shoe who flew an A-6 Intruders. He is both courteous and ethical. I have been thoroughly impressed every time I've been there.

Well, the other day, my hard drive blew. To my astonishment Mr. Crow informed me that my 2 year old drive was still under warranty.

Wo0t! For $106.00 in labor, I now have essentially a new computer in an old case which is neat because the steel & glass case is, IMHO, vastly superior to the new plastic one.

There was a bit of a delay in getting the drive, in part because the Express Air Freight service ran afoul of the recent Tornadoes.

I spent last night setting up, customizing and adding bookmarks, Parallells, Windows 7 and various Video Codecs to my new machine.

The old HD must have been 'off' for a while before dying because I am absolutely astonished at how fast this machine is now.

1 I too am enjoying improved computer performance. :-)