Tonari No Seki-Kun! Tonari no Seiki-Kun! The Master of Killing Time is an odd concept for a series. Rumi Yokoi, the exasperated silver fox on the left is bothered to utter distraction by the fact that Toshinari Seki has developed elaborate methods for wasting time in class. 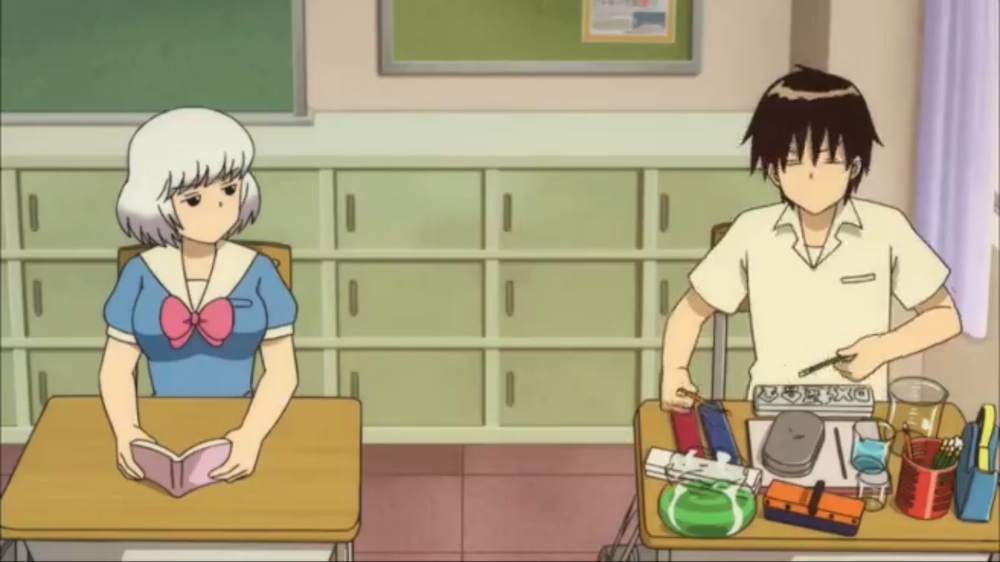 That's pretty much it. 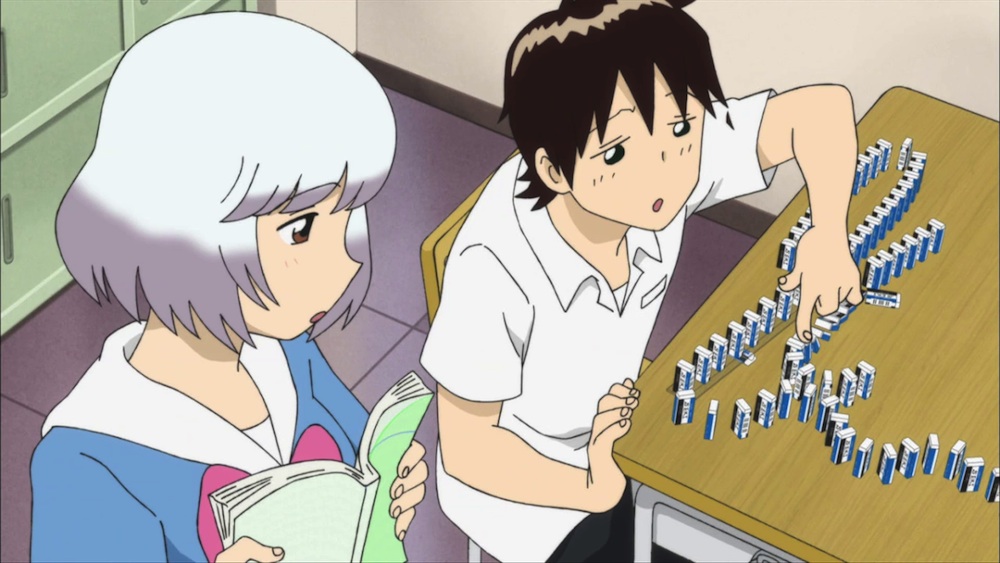 Amazingly however, at 7 minutes an episode, it almost always works. I'm 7 episodes in and 6 have been quite solid. Tonari no Seki-Kun does not lend itself to extended marathons, being a one joke show, but it is cute, clever and quite enjoyable in its intended format.
I've really liked this so far.

Car Eating Ants (and Other Sundry Annoyances) Ants have eaten my car. The spoiler tags on the previous post are all wonky. I did my GPA no favors with this most recent class. I've used up all my personal holidays at work for the year and it looks like I'll have to move very soon, Finally, I spent 10 minutes trying to find the ampersand on my Blackberry.
Some of that may warrant elaboration, but for those already worn down by that fusillade of first world problems, here is Hanako playing billiards. 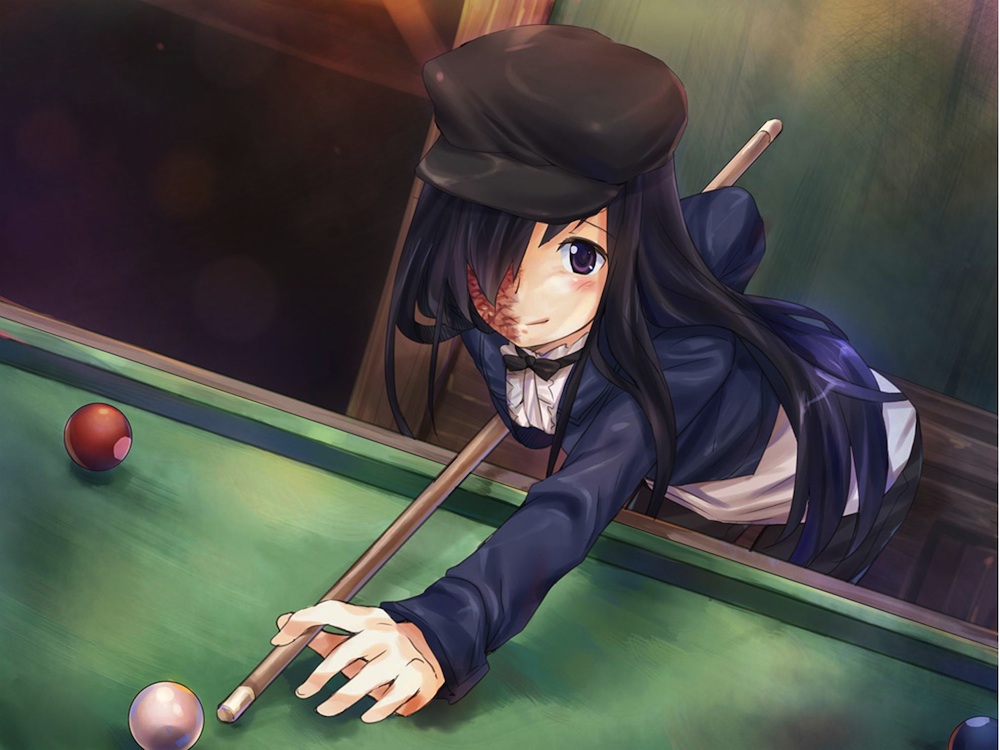 1 I guess the Ants ate the comment I made here before.  But it could just be the whole login expiring all the time thing again.

2 And after you kill all the Giant Radioactive Ants, then what?

A Slight Detour Yesterday, I got up and zipped off towards the west with the intention of going to the mountains. However, there was a monstrous traffic jam in Newport News and I decided it was prudent to exit the interstate, make my way to Yorktown, drive up the Colonial Parkway and  get on the interstate up near Williamsburg, some thirty miles on. When I noted that the on ramp was backed up because I-64 was STILL a parking lot that far west I decided to take drastic measures and headed all the way to Jamestown, where I took the CF Pocahontas across the James River to Scotland. 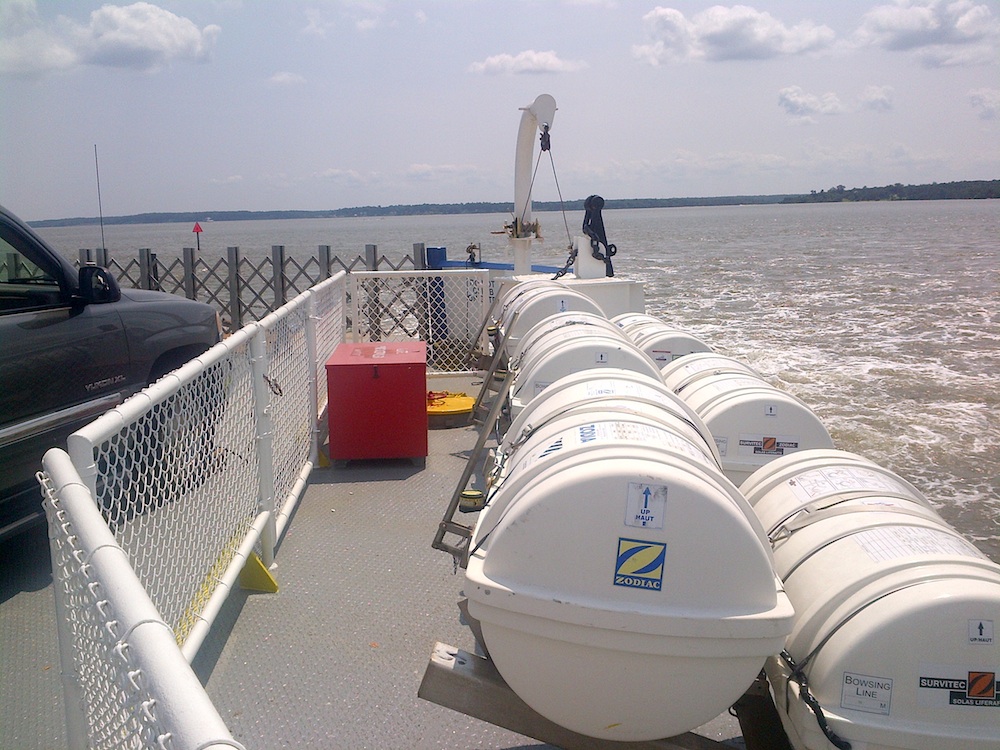 I keep hearing about how Scotland is trying to break away and form their own country, but I don't think they're going to be able to make a go of it. Built on a steep embankment they only have a dozen or so houses, a ferry pier , some fishing boats and no place at all to pull over and take pictures. But hey, if Sealand can make a go of it, who am I to judge?
I continued down State Route 31 with the intention of taking it to Route 460 and via that highway, heading west.  Where routes 31 and 10 meet there is a stoplight. This is the center of Surry, the capital of Surry county. 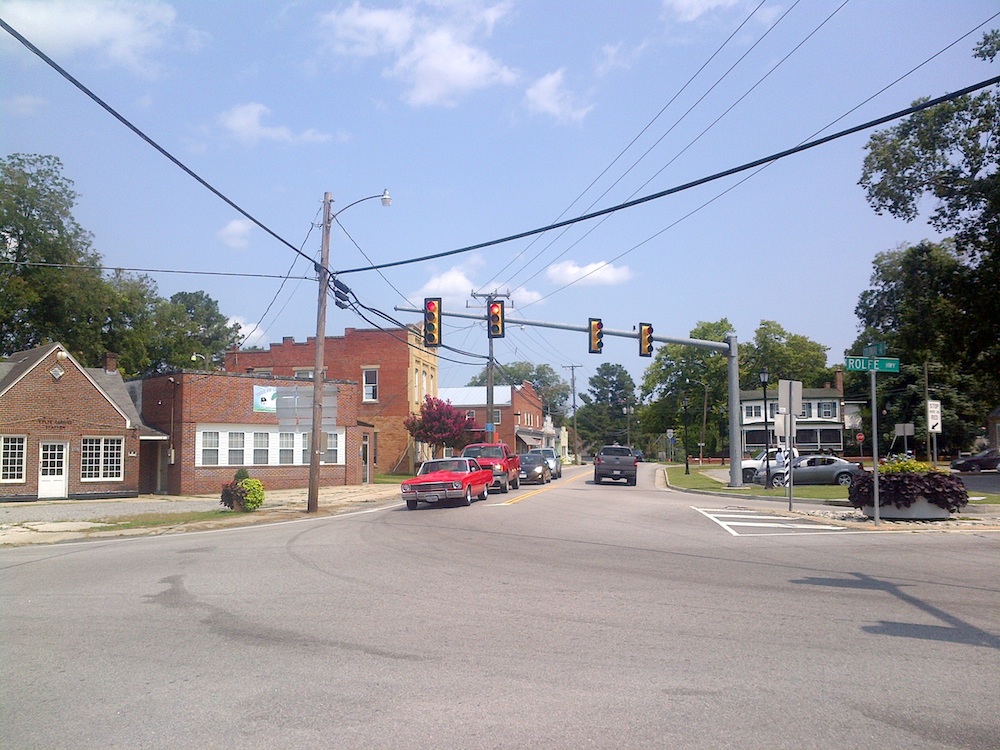 I stopped at a small grocery and  purchased an iced coffee from a pleasant south asian gentleman and zipped off down the road. 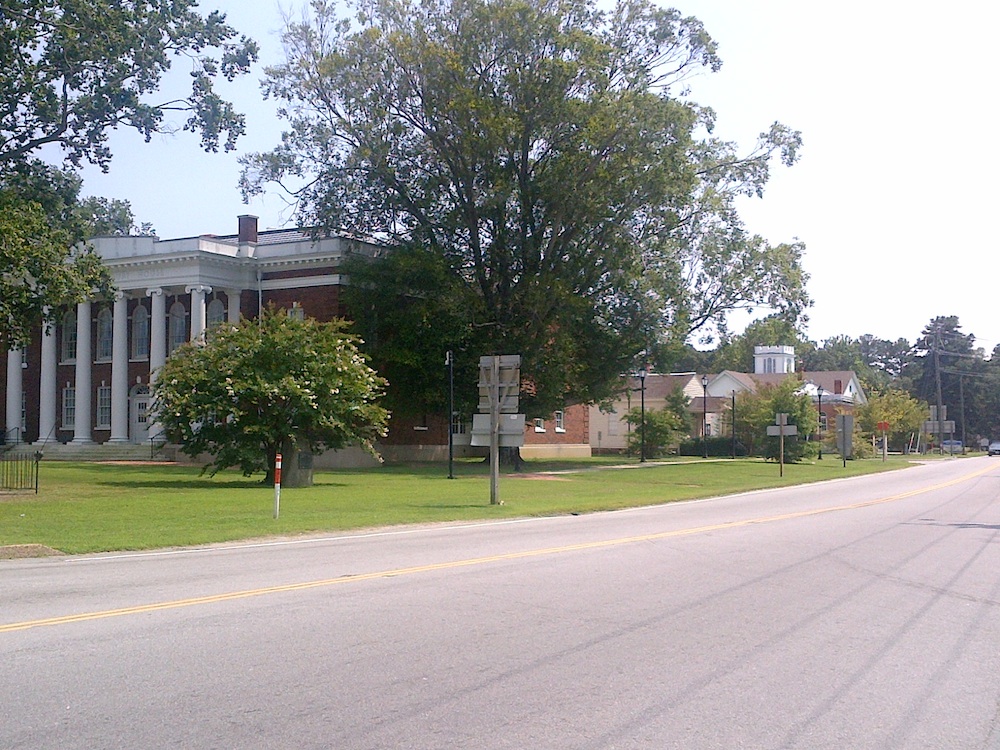 After some time I encountered a small cluster of churches around a large Fire station and out the corner of my eye spied the word MUSEUM. 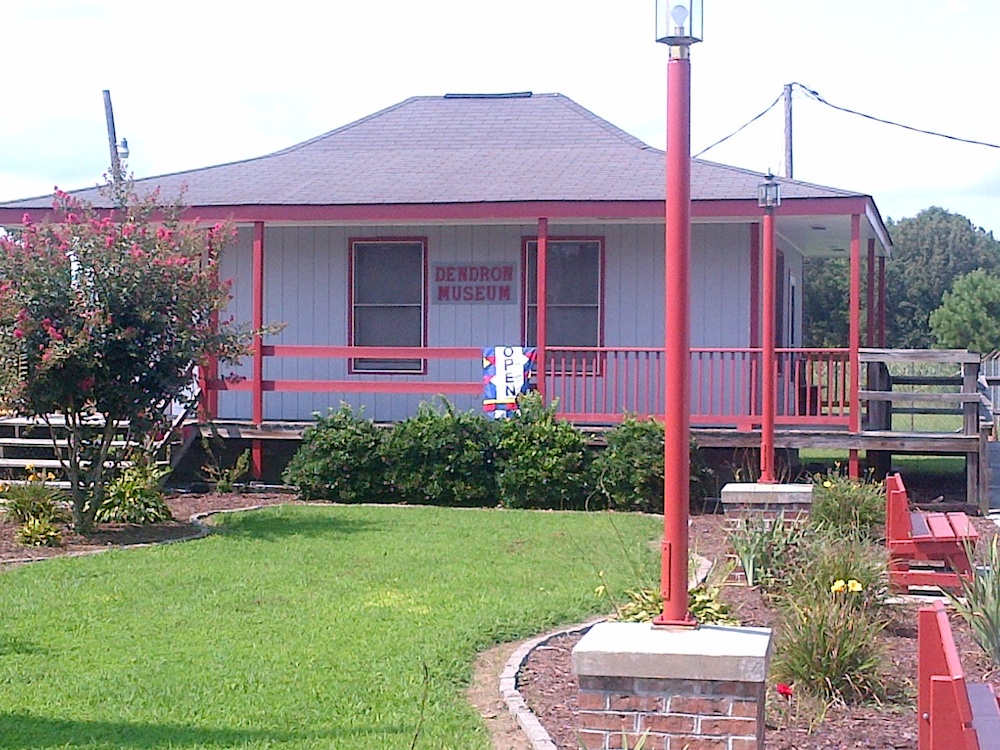 The word museum was attached to the word Dendron which is usually attached to a neuron, so I determined that it was advisable to examine the place more closely and do some disambiguation.
It turns out that the town of Dendron, is, like the postsynaptic branch of a neuron, named after the Greek word for tree. Also, the aforementioned nerve thingy is actually called a dendrite so my confusion was quite inexcusable and no disambiguation was, in fact, needed.
The little museum contained an eclectic collection of artifacts including a list of the 12 men from this tiny town that died in the war that began 100 years ago this month. 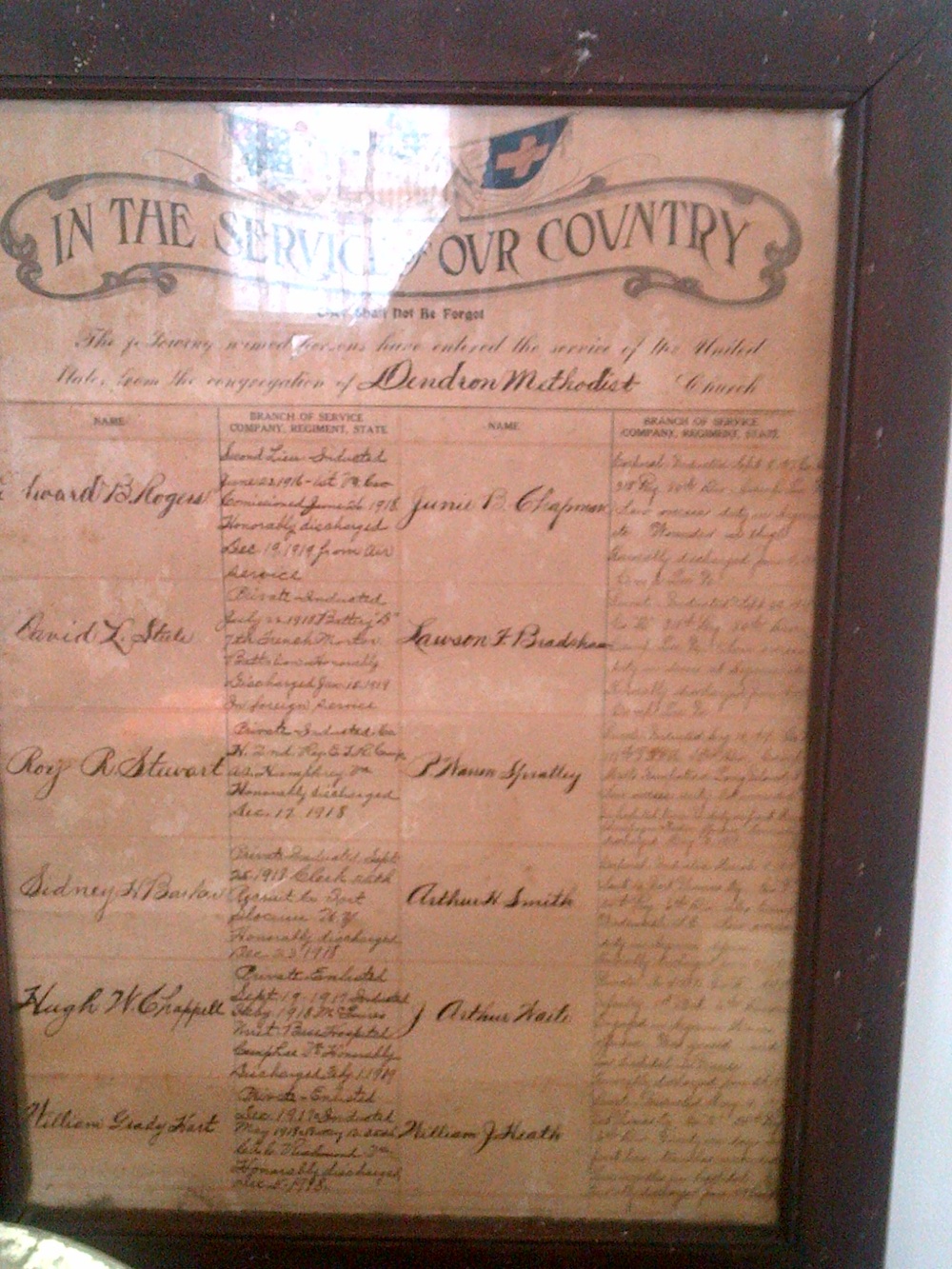 The museum also solved a mystery of my youth. In my childhood days I lived in a little town called Zuni, some 40 or 50 miles to the southeast of this place. Wandering through the swamps there I had encountered a set of odd very narrow gauge railroad tracks that disappeared into the Blackwater river. It turns out that there had once been a lumber mill in Dendron that had micro gauge rail lines for hauling trees from tree farms as far as 100miles away.  The Lumber mIll had closed up shop in 1929 and taken with it the fire station they had provided, to the town. In 1931 the town burned down, leaving the churches the post office and one small grocery. Now there is also a hardware store and a few other buildings including a very large 4 bay corrugated steel fire house.
Among the churches was this one, the oldest in the town having been built before 1890. 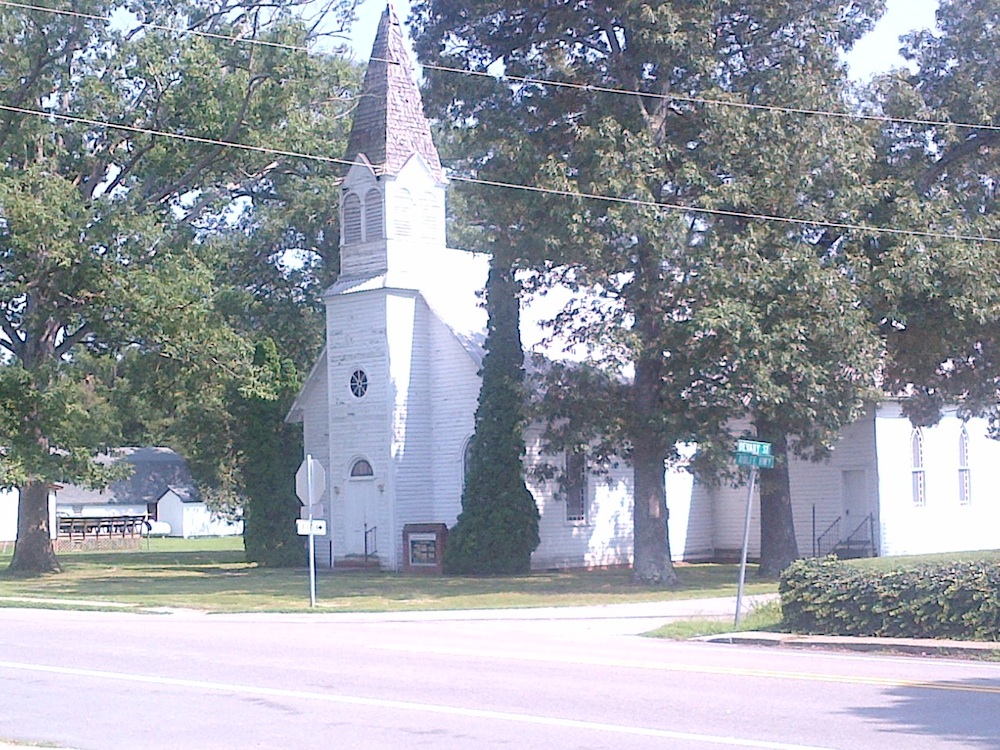 Now a Methodist church, it was originally non-denominational and was unusual for many years in that it was a nonsegregated church. The other churches were all built much later.
Thus edified I proceeded on my way finally reaching a town called Wakefield. Wakefield located on RT 460 (between Disputanta and Ivor if you were wondering)describes itself as "The Peanut Capital of the World" this may or may not be true, but the town is home to the Virginia Diner, which has the best peanut soup and ham biscuits in the entire solar system. 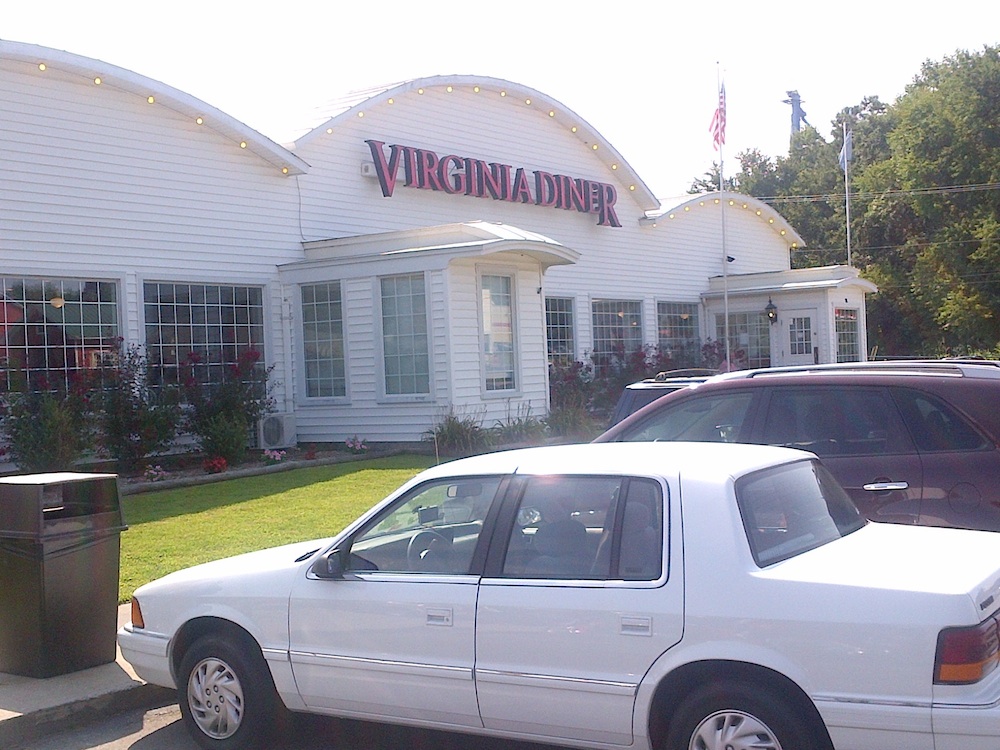 They had just run out of peanut soup but I got a plate of their exquisite, heavenly, ham biscuits  and partook of the buffet where, it seems,  the beets and the meatballs, both being red spheres, somehow got confused. For a brief moment EVERYONE in the restaurant was made very aware of this most vexatious calamity at the moment it befell a hapless but quite vocal young diner. One horrified shriek notwithstanding, the dining experience was superb. As I left, I observed this theological conundrum across the street. 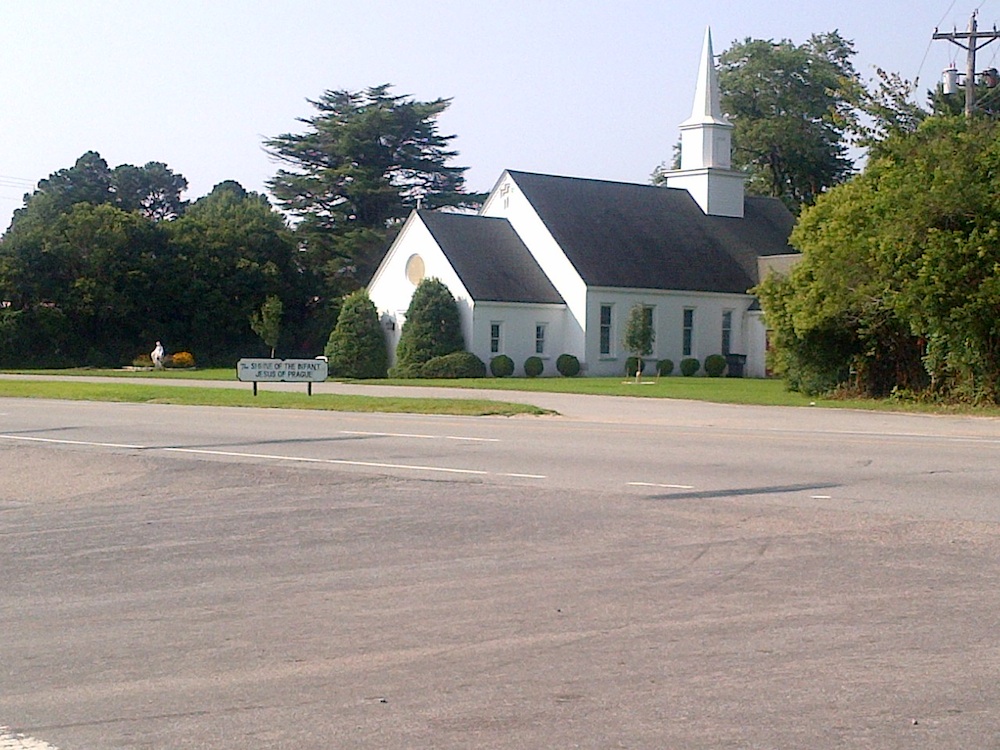 "The Shrine of the Infant Jesus of Prague" Wait. WHAT!?
I then proceeded to my car and noted that my muffler had broken off and was hanging by a single clasp.
Thus ended my journey to the west. I turned east down 460 and headed back towards  home via Suffolk. Along the way I stopped in my old home town of Zuni and discovered that most of it had been washed away during Hurricane Floyd, but the grain elevator (the explosion of which had blown windows out 11 miles away in my youth) still had the lift machinery dangling precariously after 33 years. 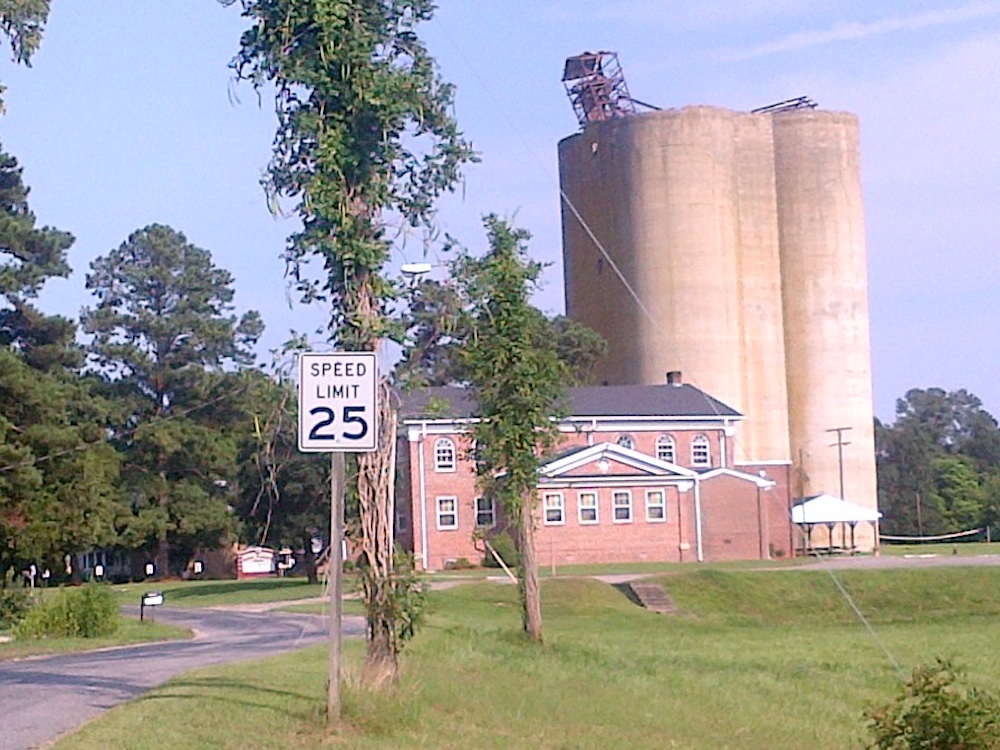 Shortly thereafter the passenger side of my car began filling up with water. I soon realized that the AC drain was somehow diverting water into the passenger compartment. I arrived home last night an\d have spent the day flitting between car repair shops.

1 Why is CF Pocohontas carrying depth charges? Does Scotland have a submarine?

2 They claim that they don't have any submarines, but why take chances?

3 Of course, you realize that they are emergency rafts, right?

4 That's what they want you to think, Pete!