Next Thursday: SONAR I've been withering under he onslaught of a particularly bad kidney stone the last few days. Tuesday was particularly unpleasant (though perspective is important). Yesterday I called to make an appointment with my urologist to get documentation for work because I'd had to leave my work area 4 times to pass blood Wednesday.
I was told that the earliest possible date was next week, unless I was there between 7:30 & 8:00 AM in which case hey could fit me in. This resulted in a 10:30 appointment. (?)
At 10:30 I arrived to be told that they couldn't see me until my X-rays had been done and the backup radiologist wouldn't be in until 13:15. ( I suspect that the fact that a backup radiologist needed to be called in was the crux of the problem). At 13:15 I arrived an was put in the rather large radiology queue. I finally got X-Ray ed and sent to the doctor who informed me that I have a stone slightly larger than a peanut M&M 2/3 of the way down my urinary tract. Given that these things generally have the texture of hedgehogs the doctor seemed surprised that I was walking as easily as I was. She pointed out that the pernicious pebble had passed through a particularly tight area to get where it is.
"Yeah...that would have been....Tuesday."
In any event, the thing may actually be too large to pass.

I also have a cold.

But there is good news.

I'm now (FINALLY) scheduled to get the sonic de-stoneimitation treatment. This had been delayed a year due to the huge number of X-Rays I'd had last year. However, as it stands now, as of next Thursday, my guts will be a stone-free zone. 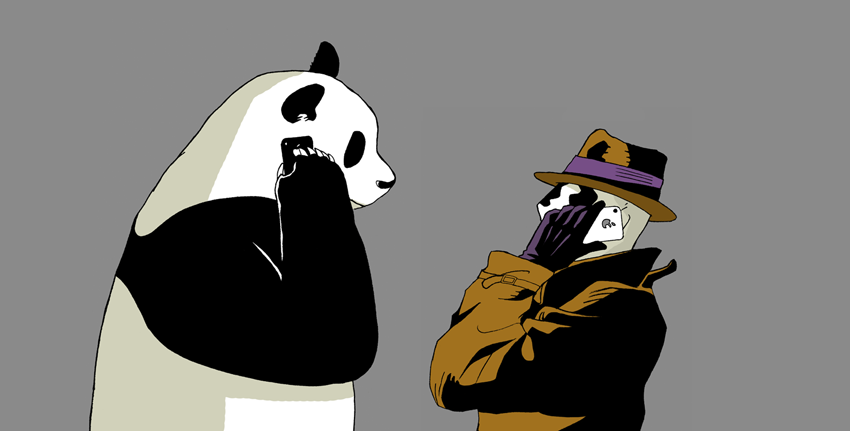 I have no idea.

1 Good luck with the sonic thingy!

It's Not Me If one got any"odd*" E-mails from me last night, don't open them. My account got hacked. From my observation of several message boards and mailing lists this seems to have been a common occurrence on AOL and Yahoo over the past few weeks. The issue has been resolved for now, and I'm looking at getting a real E-mail service.

*Note that if you are in Illinois, the subject DUCK SEASON IS OPEN does not count as odd.

1 Mmm... had some spam musubi last week and enjoyed them thoroughly.

Midterms are Done Well, Wednesday night I got in after 11pm after the crazy, cold, wet car problem mentioned below. I fiddled about for a bit getting ready for work, went to work, got out 2 hours late went in to take my pre-calculus midterm and promptly forgot what numbers are. I don't have my grade yet but I don't feel good about it. Fortunately this class isn't as exam weighted in its grades as most.

The other exams went OK.

There's only one grade I've actually gotten back. The Japanese midterm was an even greater worry than the math. I missed a lot of classes early on and was struggling, so I went to class yesterday with some trepidation.

I got a 100. A one with two zeroes behind it. I don't know when I've ever gotten a 100 on an actual exam, "A's" yes but perfect? Certainly not in Japanese. Even better, the instructor decided to let me make-up the assignments I'd missed so I've gone from hanging on for dear life to sitting pretty in my hardest class, which at 6 credits a huge chunk of my semester GPA.  Happy day.

It's unseemly for southern gentlemen to gloat or emote so I'll just let these two young ladies convey my sentiments on the matter.

1 I'm a little worried about the snakes in the background there.

3 Congratulations!  And good luck (or well wishes or hoping for the best or hand in there baby, whichever is most appropriate) regarding the rest of your grades.

5 Lucky you, my Japanese classes were basically self study with weekly sessions with a tutor, and then the grade came from a visiting professor from Cornell whose accent was atrocious.

It's probably why I didn't do so well by the end of them.  I've forgotten most of it from disuse.

6 I cannot remember if the snake motif was in the show proper. Professor's totem is shark, not snake. Apart from her, nobody is symbolically linked with her animal. Sakamoto is obviously a cat, but...

7 I think the clip symbolizes dancing past ones setbacks and the snake represents the little problems one encounters in life, like being born bone-crushingly stupid...or a robot.

I Paid $153 Dollars for This Privilage
The parking garages whose construction was used to justify the large increase in parking fees are now reserved for metered parking and faculty. the large garage for the Convocation Center is frequently unusable by students due to sporting events. 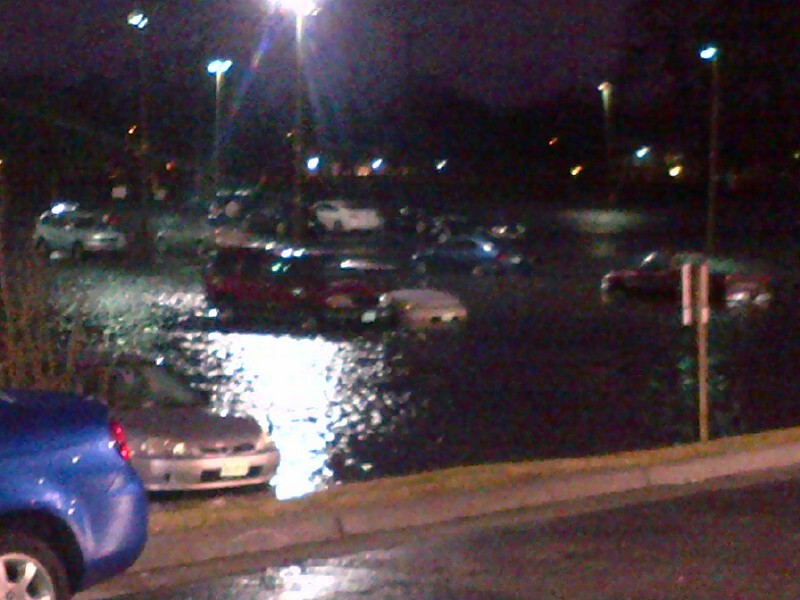 One of the few remaining parking lots available to students at ODU.

Moments after this picture was taken my radiator hose broke.

Moments after that...it began to sleet.

It's been one of those days. I may not get to sleep before work...in 3 hours.

All I can say about you and problems is: When it rains it pours!

Good luck with the exams!

3 Yes...I thought that too, but he denies all responsibility.

Contributing to the Delinquincy of a Minor For some time now, I've noted that my 13 month old niece really likes my red T-shirt for some reason. Seeng me in it brings a big smile to her face. As a result, I've kept it handy and only worn it when she shows up.

You can imagine my horror when my sister relayed to me that my niece recently identified her colors as blue, green, yellow and "Unc".

1 If she's talking like that at 13 months, she's pretty darned smart.

2 Kids can get categorization errors early on. I had some friends in Massachusetts who had a baby boy while I was there. As he learned to talk, early on the word "juice" meant "everything drinkable". It included milk, for example.

3 I once watched the three-year old daughter of friends of mine for the evening.  While they were out, I took it upon myself to teach her the names of objects.

I got a phone call the next day, asking why little Katie kept asking for a "frisbee" to eat her cereal with.  Or why she insisted the thing orange juice was poured into was called a "pwatypus" (she didn't quite have the pronunciation down).