Gracious! All that talk about how COVID is "Just the flu" is somewhat misleading.
I haven't been THAT sick in years.
Not only was I having difficulty breathing, my blood pressure skyrocketed to 177/110, I ended up going to the hospital.
After I was discharged I had great difficulty getting up the stairs, due to general weakness.
However, it's quite likely that I had a mild variant. I say this because I never lost my sense of smell or taste (at least any more that those senses are rendered wonky with any head-cold),  I never had the headache so often reported or the GI issues.
But every time I coughed, I felt like my skeleton was trying to escape from my skin.
Because of the nigh insurmountable obstacle my stairs presented, I ended up sleeping on the downstairs couch for a few days.
Four days ago I started to improve markedly and by day-before-yesterday I felt much better.
I'm still a bit weak, but I have no other symptoms.
Today, my state quarantine period ended and I went to work. However, UPS policy is to wear a mask for 5 days after symptoms end and, well, I can't wear a mask any more because of the stroke. I have face shields, and the boss decided that was fine but after about 10 minutes my weakness visibly caught up with me. Since we were over staffed, for a change, the supervisor decided to give me the option  home. I took him up on it. I'll report to work normally on Monday.
I'll finally get paid again in two weeks. 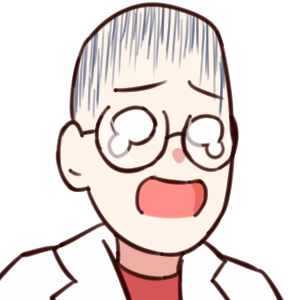 "Damnit!"
Glad I've got a cushion and plenty of food stocked up.
For a lot of people, loosing 2 weeks pay and gaining a hospital bill would be a disaster, and that is what a huge swath of our population is facing from this bug right now, assuming they don't have any co-morbidities that cause Winnie-the-Flu to leave them dead or crippled.
This bug looks like it will be with us from now on, like a flu but far worse. We've got to learn to live with it without going bonkers or paranoid. And given the likelihood that this was a result of well intentioned but ill conceived experiments in bio-preparedness, we need to reassess our policies in that area.

1 No, it is not nice to get fully symptomed Coof. And you are still recovering from other stuff, so you definitely did get it worse than most folks.
The good news is that your body still managed to keep Coof out of some vital areas, probably because you had been working or in the hospital, around people, thus constantly getting exposed to benign amounts of Coof.
The bad news you already know. Bah.
Talking, reciting, and singing are good breathing exercises.
The silent movie idea is interesting too.

2 I forgot to ask - is your Twitch one with superchats, donations, etc.?
I don't know anything about Twitch, really, and I have to figure it out some.

3 I have to meet certain traffic and broadcast requirements before I can get monetized.  They are quite modest:  I need 50 followers (I have 4) Stream for 8 hours ( I have streamed just under 4 hours total in my tests) Stream on 7 different days  (Woot! I've done that.) Have an average viewership of 3 (My average viewership over 10 short test streams is 1.1 )
I don't expect to make this a living, but it might be an interesting expansion of the "fanboy recidivism" aspect of the blog. It'll also act as speech therapy and a mental exercise.