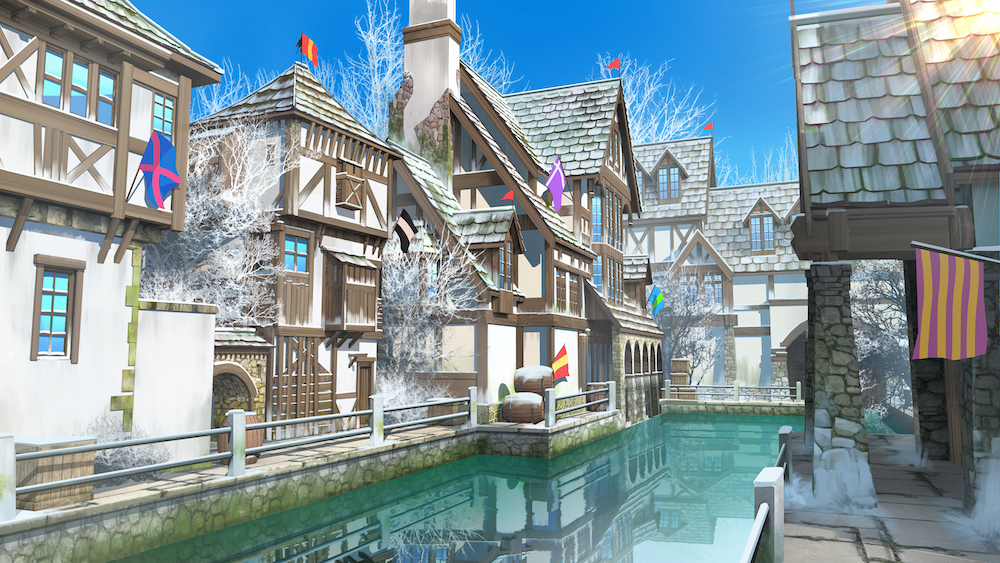 Art by è¡Œä¹‹LV. Check out her Weibo channel.
First of all, my folks, who are in their 80s, have been visited by Coronachan. 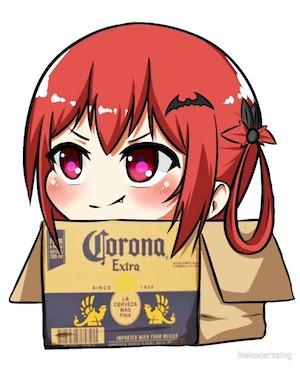 Four days later, they seem to be OK. My Mom says she's never been so sick, but is feeling better today, having fixed breakfast, but didn't know if she was going to vacuum...I take that as a good sign. I spoke to Dad a few minutes ago and he was going to work in the barn, also, he was capable of speech which is an improvement, so I gather he's feeling better too. Things were touch and go since Thursday. Their condition has occupied most of my mental bandwidth during that time. Their refusal to go to the hospital despite worrying symptoms was a particularly vexing thing. Having old parents must be like having teenagers.
My Brother and Sister-in-Law who were not vaxxed have the Kung-Flu too, and are rather worse off at the moment. They are much younger, so I'm not AS concerned, but she's probably going to check into the hospital today.
My Aunt had the Commie-Cough a month ago and is still on oxygen.
My Sister and her family had the China-Syndrome earlier in the month, but, being the youngest and vaxxed, she's recovered and is fine.
I sit 300 miles away untouched, still scarfing down Vitamins C,D, and zinc. I'm surely going to get it, I expected to get it long before now, but I'd rather not miss work while I'm presented with such opportunities for overtime.
See, work has been insane. We have 41 people on our seniority list. I drove into work Friday unusually late, only 5 minutes before start time. There were 9 cars in the parking lot.
We've had a huge number of people quit, and we've got a number out with Xi's Disease, so our work hours, if not our total volume, is approaching early December levels. Volume is high for this time of year too and the supply chain crisis as well as the computer issues that are being felt worldwide are complicating our job. I don't have access to any firm analysis but anecdotally, I sense that there is a lot of panic buying, of the type we saw in early to mid 2020. There are lots of shipments of bulk food and sundry supplies.
One incident is illustrative: Thursday we had a shipment of 158 boxes going to a single address. I called it out when I noticed it to give the loader a heads up...The boxes contained 72 rolls of toilet paper each, nothing unusual, except that it turned out it was going to a residence. Because the residential delivery truck is smaller that the total pile of boxes, a new truck had to be assigned and everything shut down for a few minutes while the blue belt dug themselves out from under the tsunami of cardboard and ScotTissue. In the end the "Great Cornholio" (or whoever it was) received their 11,376 rolls of TP, and I was left with flashbacks to 2020 and the nagging question:"Is my butt safe?".
We are on the emergency 6 day work weeks like we were in 2020 (or are during Christmas season) and it's frankly, grinding me down. OTOH I'm making overtime every day, so I'm making bank. There's also gratification...
Gratification: Being a 52 year old man still recovering from a stroke, who has back problems and has kidney stones in the tubes...unloading a 35 foot trailer full of heavy boxes when you hear the 20 something man whose job it is to SCAN the parcels you are unloading scream "STAAHP!1!! You're going too fast!"
This might also say something about society or 'these kids today' but I'm going to stick with gratification.
As mentioned, I'm still having stroke related issues. I have great difficulty bending, can't break into a run, and my speech occasionally slurs. I'll be seeing the neurologist Wednesday just to make sure things are OK. I'm sure they are, after all, I wasn't supposed to return to work until March.
(I am immensely grateful to my GP, physical therapist, and shift manager giving me the opportunity to go back to work three and a half months early)
I still have no hot water, which is an intense annoyance when the temperature is 22 degrees Fahrenheit. The part I need to fix the water heater was supposed to arrive today, but they found it is no longer available due to it being 2022.
I secured another item this time a repair kit that cost 77 dollars...which is quite preferable to the 800 bucks it will cost me to have a new water heater installed. However, due to the supply chain issues that are making me so tired and wealthy, it wasn't expected to arrive before February second....aaand it's backordered.
I blame train robbers.
I realize that there are some readers who are laughing at the first world issues of the soft, weak American who is distressed by fresh water that is STILL LIQUID! However, I am a southern boy and showers are not supposed to hurt.
On the positive side, I did fix my van's power steering recently, without incurring a mechanic's repair bill. So that's a win.
I sat down yesterday to blog. I swear I did, but nothing happened.

1 Phew. Could be worse indeed. As for hospital, I'm with them: hospitals kill. One must avoid it at all costs.
Check what Wonderduck has to say about his stay.

2 Happy to hear your folks are on the mend.

There was a new story in Australia about a family that just before the pandemic ordered 60 rolls of toilet paper online, but due to a site change accidentally ordered 60 cartons of tp.

They looked at this differently when the supplies dried up.