My Fellow Rednecks Continue to Advance the State of the Art
Or something.

Chemicals in the Food Supply So a few days ago, while zipping between the productive children who had provided them with grandkids,  my parents stopped by for a few hours and dropped off a care package including some fresh bread they got from the bakery because "that Dollar Store stuff you eat worries me!"

It was really good, but in about 4 days time I went to make a sandwich and.... 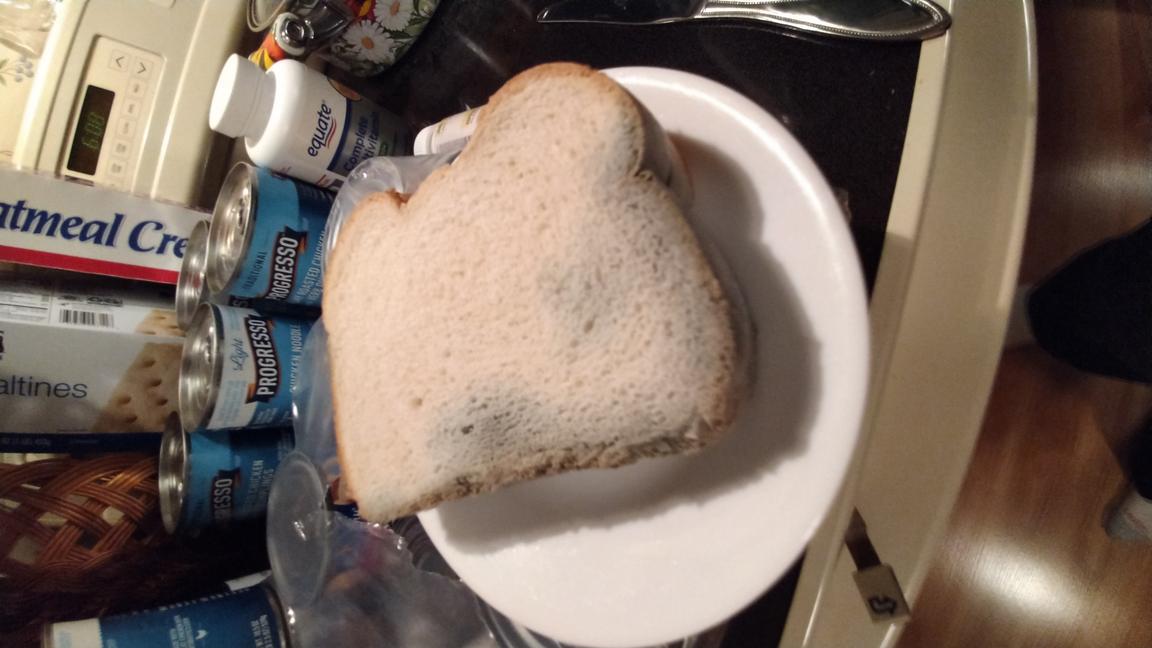 Turns out the bread they had purchased was that really high-end all-natural stuff with no preservatives.

Now, they're not into the crazy, hard-line "organic" nonsense, they simply zipped into the grocery and picked the top-of-the-line bread, but it brings home how much of these lifestyle fashions are just status games by people who have both the capital and leisure time to buy bespoke merchandise in tiny quantities.

I Have a Question I turned on the news a few minutes ago and the President is having another rally. VP Pence is doing the opening act.

Why are these two people in the same time and space?

Notwithstanding the recent  righteous vivisection of the Persian's answer to Himmler and Skorzeny,  we're involved in wars in Afganistan, Syria, and in sporadic locations around Dar al Islam. All it would take is a big bomb or a drone swarm to give us president Pelosi.

In Which I Again Completely Missed the Point (Updated) So Wednesday night I blundered into a webcomic in one of the tabs I was closing out.  While, fairly true to life in my experience it had all the moral ambiguity of a Goofus and Gallant strip. Now to be fair, it was a 4 panel strip and so it's not really a art-crime that the antagonist was a purple haired Snidely Whiplash. I didn't know where It'd been linked from or the context and so I closed out the tab and since Wednesday was my birthday, and I'd missed Christmas due to work, I went down to visit my folks in NC.

Fast forward to getting home an hour ago, and lo and behold that strip I'd blown off is now all the rage...

It turns out that the aforementioned 4koma was the source of the meme of the week...and I'd completely misread it. In particular, I had misidentified which character was the author insert and which was the designated straw-man. This puts the comic in a whole different context.

Dev's video makes some insightful points (as Dev does) though he get's wayyy into the weeds on this. But then the talented Mr. Benjamin looked at the above video and how much the Canadian was able to glean from a 4 panel strip. And thereupon the Briton said "Hold my beer!"

Gracious! It's Plato vs. Aristotle, in a war to the knife in the field of memes.

UPDATE: Good grief. I did it again. When I saw it earlier I assumed that this was obviously a parody obituary. Alas, I again missed those subtle cues so necessary for gleaning the deeper meaning of derp.

1 According to KnowYourMeme's quotes of various tweets, if you don't agree with Snidely that it's funny a rich guy got robbed, you're a GamerGate reject?  Ok.

2 Fair enough on that New Yorker obit.  It read exactly like the Babylon Bee.

3 Ah, the age when you have to go to Putin's propaganda outlets for decent journalism.