Gracious! It's Just Like an Isekai Show Oh good. My login works in this universe. Fancy that.

So. Due to automotive problems and some ill-considered decisions, I have, for the last four days, been in a North Carolina swamp with spotty cell-phone connectivity and no internet whatsoever.
Today, after returning "home" I've discovered that I've returned not to my home, but someplace....else.

It's a dystopian alternate universe where Facebook is actually issuing its own online currency with the backing of multinational corporations, some of whom have a reputation of freezing the bank accounts of people they find politically suspect. This will make the Chinese Sesame Credit System a reality throughout the U.S.A. and the world...like it's some Walter John Williams novel.

In this dark reflection of my world, the news media is CREDULOUSLY reporting that cellphones are causing young people to grow horns out of their heads. Weekly World News must not exist in this universe...(checks Wikipedia)....aaand it went out of business here in 2007.
On the one hand "Yay! Draphs!" on the other hand....Bullshit. Surely it's bullshit? (does a modicum of checking) Yes it's bullshit.

In THIS reality the anti-war left is catatonic with rage that Trump...did...not...start a full blown war...

This grimdark science fiction novel has the poorly written, mustache-twirling, cruel and decadent aristocrats in the cities cutting off power to those in the rural areas just as the hottest days of the years approach...no doubt to maximize the impact of loosing refrigeration, air conditioning and access to home medical equipment.

In this sequel to Harrison Bergeron a beautiful, strong, competent, independent, heroic, mixed-race woman was forced to get a partial mastectomy because the Handicapper General demanded it so that the woman would meet approved global beauty standards.

Akshually that last paragraph consists mostly of snark as the non-story is not, in itself, of any importance...This most inconsequential of udder utter non-issues only becomes an issue because the media in this Orwellian Hellscape I find myself trapped in is, for some reason, literally trying to tell us that this non-event is not happening and that the new design has exactly the same bra size as the old...we're not seeing what we're seeing because 2+2=5.
The actual character design of this Tifa cosplayer is gorgeous (a 9/10 or better if one needs a numerical representation),  it's like the Megacorps of this alternate world are hyping largely non-existent outrage in order to distract from the fact that the game is being released in 3 to 5 separate games, over years, looks very much like it may have pay to win issues, will be entirely online and fully embraces the media-as-a-service cancer to the extent that no one will ever really be able to own their game and will always be at risk for loosing it if one crosses the ever changing threshold on speech standards.


In this world, far from being over, the Jussie Smollet case is just getting started.

It seems that Kaiju are real here: The Kyushu shinkansen nework was taken out by a single slug.

This universe seems to have diverged from mine around 1984, because here Atari has a new console coming out.

So. I find myself trapped in an alternate, and slightly crazier world

However, this worlds version of my blog (curiously) is unchanged.
Perhaps this isn't really an isekai situation.
After all. All those years of wasting my life on comic books, video games and playing D&D didn't prepare me for squat in this place..

1 It's not an isekai until you end up in a compromising position with a gorgeous princess/maid/catgirl. Report back soon.

2 Princess/maid/catgirl being the same person.

3 No, no, no. You're confusing it with a normal harem. In an isekai show, the MC buyes himself a slave, and then...

4 ..or he feeds a strong-but-clumsy warrior girl, convincing her to carry him around... 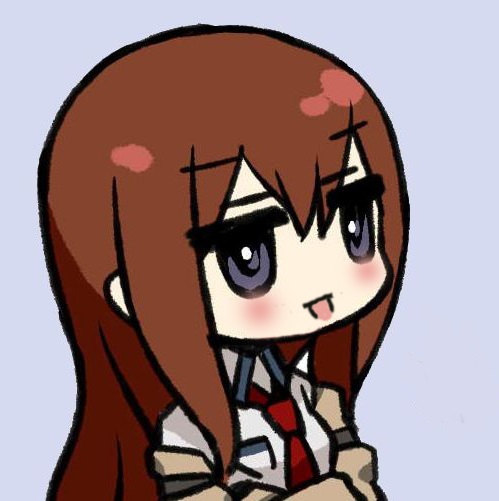 "Oh please. This is Obviously a demonstration of the...(something-something)...capabilities of Starlink."