Science with a Capital "!" One of the Brickmuppets Crack Team of Science Babes points out that Brian Wang has a 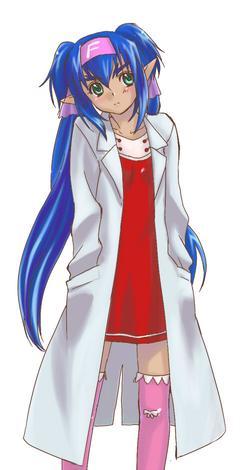 huge roundup of really interesting technology advancements here.
Some have been touched on here before, but Wangs' got a lot more and links within links. Get a cup of hot chocolate, sit down and start clicking.

3-D printers...for buildings, that Caterpillar expects to be field testing by the end of the year.

As has been mentioned here numerous times, we are on the cusp of, or witnessing several breakthroughs that have the potential to greatly increase our quality of life.

The only thing standing in the way of most of them most of them are Luddites, and those who would unwittingly regulate them out of existence. That fact bears considerable pondering over the next 8 days at least.

The idea that great advances could just be shelved for silly, political reasons is not at all far fetched as the continued existence of Leon Kass outside of a pillory demonstrates.

Historically such decisions have had very bad results.Rome had very rudimentary steam engines. However the development of them for more practical applications was officially discouraged for fear that they would displace slave labor...and thereby create an employment crisis and subsequent social upheaval....the implications of the industrial age and the elimination of slavery...2000 years ago.....are fascinating, but rife with assumptions more the purview of Harry Turteldove.

China is the most commonly cited example, and unlike the Roman example above requires little assumption that necessary advances would have been made. In possession of the largest merchant fleet in history, the oldest and most advanced civilization  on earth decided in the early 1400's to stop exploring and engaging the world. The nation rapidly lost the applicable technologies and did not become a world power again until the 1960's...and was not a serious economic power until the early 90s.

The lead in economics and power the US currently enjoys is infinitesimal in comparison to the lead in technology, knowledge, and both hard and soft power that China enjoyed in the 1400s. Other nations were literally centuries behind, and yet a group of visonless bureaucrats, for reasons of both well intentioned but short sighted idiocy, and the most venal self interest, stymied through legislation (or simply outlawed) not only emerging technologies, but existing ones as well. China was leapfrogged and became the plaything of the nations who had put her inventions to good use. In a last fit of bureaucratic group think, the descendants of those who had brought this about, ended the modernization efforts of the Tang Dynasty solely because they feared that the new ministries and corporations focused on technological development  would threaten their power and relevance. The result was 70 years of blood, culminating in the worst mass murder humanity has ever seen.

The people who oppose nuclear power and other technologies occasionally do so out of good faith. Even so, following their tragically flawed path is a journey through despair and blood.

We cling desperately to the face of a precipice, but we are about to grow wings. There are those  who presume to know whats best for us, and think we should not posses wings. It is imperative that we not hand them shears.