Spacesuits and Moonships of Futures Past

One of the Brickmuppet's Crack Team of Science Babes celebrates the fact that The third and fourth installments of the Colliers space symposium are online and have been for two months and two weeks respectively.

As mentioned here and here the Horizons newsletter of AIAA Houston is republishing high resolution annotated reproductions of the entire "Man Will Conquer Space Soon!" series published by Colliers in the 1950s. This series is a fascinating bit of history as it was extremely important in convincing people that Spaceflight was practical. They are also interesting in that they show step by step how major technical issues were dealt with in an age when most calculations were done with slide rules.

It's also rather sobering. Today, with technology nearly 60 years more advanced, and so much more power at our disposal,  our society rarely speaks of doing great things.
more...

2 No silly. Spacuits are those special irradiated vacuum biscuits that astronauts eat.
That is my story.
And I am sticking to it.

3 That's a cute .gif, but it's 2.7 megabytes. Perhaps it would be better under the fold?

Of course, with the beneffit of 20/20 hindsight and subsequent advances in the understanding of the human genome it would appear that radiation and Tesla coils have limited utility in the area of controlled chromosomal manipulation to achieve the desired (and heritable) genetic traits.  Additionally, working alone in a swamp with limited capital and dubious physical plant seems in retrospect to have been non-conducive to the gentleman's stated goals.

One might find it necessary to secure the backing of a large, comparatively rich, yet totalitarian, one party state, preferably one with no qualms about culling any subjects that do not conform to stated party goals.

At BGI Shenzhen, scientists have collected DNA samples from 2,000 of the worldâ€™s smartest people and are sequencing their entire genomes in an attempt to identify the alleles which determine human intelligence. Apparently theyâ€™re not far from finding them, and when they do, embryo screening will allow parents to pick their brightest zygote and potentially bump up every generation's intelligence by five to 15 IQ points.

On the one hand boosting human intellect seems like a worthy goal, on the other hand there are all sorts of practical issues with this. As I was working on this post I noted that sci-fi author Sarah Hoyt has already looked at a few...

Soâ€¦ anyway, theyâ€™re picking these highly credentialed people from Europe and Asia (where of course, connections family, privilege have nothing to do with credentials.  Excuse me, I have some sarcasm stuck in my throat.)

That is a biggie.

This in part is a product of the Chinese Confucian tradition which views credentials themselves as a virtue rather than a characteristic. This view is certainly not something the Chinese have a monopoly on, it has permeated the US in the last decades to our detriment. This is NOT to say that credentials should be ignored completely or that they might not have some utility for this endeavor, however given the issues Hoyt brings up (connections, privilege ect.) there need to be other issues to take greater weight.

Hoyt also points out that there are some undesireable traits that seem to be tied to high IQ's. She specifically mentions Autistic related characteristics. That is not the only potential downfall however. There actually is  one example of (somewhat unintentional) successful selecting of a human population for intellect; the Ashkanazi. Note though, that this site, which is dedicated to genetic diseases that are especially common among that population, shows that there are more physical issues that might well be tied to the same alleles. I must emphasize "MIGHT" because there is considerable debate on this point. Assuming this is the case, then given time these problems might be cleaved from the alleles.

However straight IQ test performance is not the be-all and end all of what a society needs and the weirdoes who make up a lot of geniuses are not likely to do well in the learning environment that stresses conformity, and test taking ability above all else.

Nonlinear thinking, motivation, ambition and moxie are at least as important. These are not things China has traditionally valued and are certainly not things that a leftist education system encourages. IQ is of limited utility without discipline ( of course the Chinese have THAT in spades so...Advantage Middle Kingdom).

None of this is to say the ChiComs CAN'T pull it off which Hoyt's post seems to be strongly implying. They have hurdles, but they are very, very smart and they are very, very motivated so, while I'm skeptical,  I would not completely write them off.

That's where the ethical issues come in. In the US, without any genetic tweaking beyond marrying up, we have developed a class of people who feel perfectly entitled to rule, by virtue of their credentials. They have a sense of entitlement comperable or greater than a European Aristocrat, because they ae where they are not because of devine providence, (which might lead to some sort of noblise oblige') but because they feel that by virtue of the credentials they have obtained they are intrinsically better than the rest of us.

Imagine the attitude of those who will know they have been scientifically selected to be geniuses...even if the selection produces little or no gains they will be groomed to lead with that knowledge...insuferable, entitled geniuses. How's that strike you? 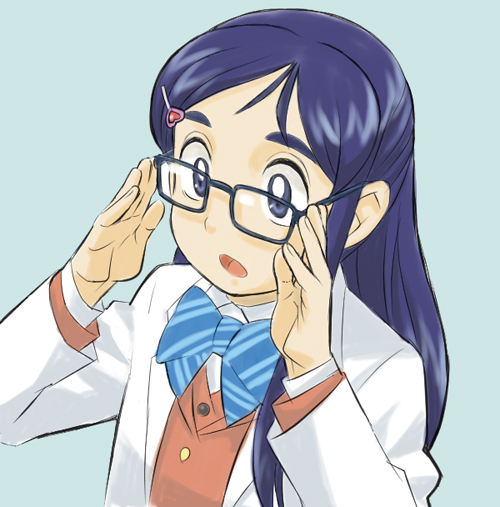 Our first experience with the friendliness problem might well be with spoiled wetware rather than AIs.

Of course there is whole question of a totalitarian one party state setting out to create Ubermenchen.

1 Of course the researchers are very very motivated. To take the money of people who think that they can spend a few thousand dollars to make their kids smarter, that is! You'll notice that their performance band is pretty narrow, and they can claim "success" if a kid is 5 IQ points higher than normal... which is hardly unusual among people who care enough about their child's educational performance to spend thousands of dollars on genetic screening before the sprog is even born.

In other words, this is about as reliable as buying the rust-proofing addition from a car dealer.

Is there a heritable component to intelligence? My brother and I are both about five sigma over normal, so... yeah, pretty much. ;p

All that said, why would you assume that the geniuses would end up in charge? Geniuses make terrible politicians. Being good at politics requires a genuine interest in other people, or at least a very convincing ability to fake it, which is damned difficult if having a conversation with them is like talking to a moron. Once you get past a certain modest increase, further increases in intelligence are not particularly likely to cause a person to do better in that respect...