I Hope They Call it the Corvega
UPDATE: I'm not finding much in the way of debunkery of this story online. Car and Tech blogs seem to be pretty sanguine about lasering thorium to power cars and one site that focuses on rare metals seems to think the lasing thing makes sense with Thorium.

HOWEVER...
I found little about the Doctor Charles Stevens mentioned in the many articles I perused below. However, I went to the Laser Power Systems site, which is pretty spartan unless one registers...I mean spartan as in there is NOTHING there. Well, I registered hoping to find patent, tech or business info.
Boy Howdy.
After registering, if one clicks  on "patents"one is taken to a page called the
Galactic Governments Patent Office
...which seems to be a separate website that is railing against new patent legislation....but has no patents. And there isn't much there. On the "News Feed"....I saw "Brickmuppet Registers" as the most recent news. The other site is LaserTurbinePower.com. Registering there takes one to a screen that is labeled Registered Users Area, but that's it...no links...nothing just a page that one has to register to access....with no info or business plan or catgirls or anything

I did track down this powerpoint online...which is an Laser Power Systems pitch from 2009  that contains a host of spelling errors and a working diagram that rivals the U.S. Department of Innovation's Logo for functionality.

One other thing (scarcely worth mentioning I'm sure).
Another Dr. Charles Stevens (who has the same contact phone number) is the founder of Helyxzion, LLC. This is claimed to be a genomics company and my undergraduate biology tells me that his biddness plan is...dubious. I also note that both of these Dr. Charles Stevenses (who share he same phone number) have been working in their respective fields since the mid-80's. I guess that apartment is just full of mad science...Wait...maybe its not an apartment...I'm now envisioning something along the lines of Conjectural Technologies. 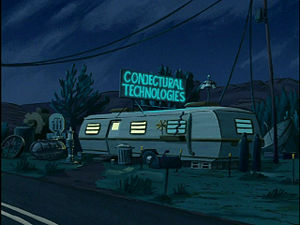 Now can someone explain to me why no one from any of these rated sites  did this cursory bit of research? It certainly doesn't excuse my screw up...but damn.

Of course it's not their fault I posted it. This screw up was in my post, on my blog and was my fault.

I apologize profusely to my readers for this post which I am now moving below the fold where it shall fester as a shameful reminder to all of my fallibility.

1 I think they probably meant 250 kilowatts, not 250 megawatts. 250 megawatts is enough to power a decent sized town.

3 Unfortunately, the physics behind this is dubious at best.  You can't trigger radioactive decay with heat; unless you hit the nucleus directly with something (a neutron, at a stretch a very-high-energy gamma ray), it will sit there until it decides otherwise.  Thorium's natural decay process releases alpha particles, which are easy to shield, but a block of pure thorium is just going to sit there unless you heat it up enough to melt, in which case it will just puddle there.

In brighter news, you have a kaiju drop waiting for you on Billy.

4 It sounded  dubious to me at first.

I first heard something about this roughly a year ago and it sounded awfully like the hafnium silliness. I didn't blog about it then because it seemed quite unlikely. Now though, this has at the very least got a lot of smart people interested.

As I understand it this involves getting the Thorium to lase, and what they are saying is that thorium lases strongly in the infrared. The heat it gives off is sufficient to generate enough steam to turn a generator that creates enough power to do work AND power the accelerator for the lasing of the thorium. This degrades the thorium over time.

The LPS power plant, for all its whiz-bang properties, isnâ€™t a complete departure from traditional power generation: the thorium is lased and the resulting heat flashes a fluid and creates pressurized steam inside a closed-loop system. The steam then drives a turbine that turns an electric generator.

The same General Electric article also mentions that at least some radioactives like uranium have this property but that thorium lases without cryogenics.

This isn't a regular nuclear reaction though it seems that the lasing property is somehow tied to Thorium's radioactivity.

Most importantly they seem to have reproduced it and gotten the thorium part to work....the current hurdle is reported to be the closed cycle turbo-electric plant.

GM was actively pursuing this until 2009 (that may mean it was dropped when the Govt. bought them out).

It may not pan out either for technical or political reasons. Hell it could be cold fusion 2. We'll see.

5 Hafnium isomers are real, just not very useful.  The problem is in trying to stimulate the collapse of the excited isomer to the ground state - no-one's found an effective way to do that yet.  They managed it with a tantalum isomer, but that required more energy than they got back.  (I did some research on this for a sci-fi story I want to write.  The idea remains tantalisingly plausible, but wildly impractical.)

The thorium stuff, though, looks like several unconnected things that have been incorrectly juxtaposed.  You just can't get energy out of thorium that way.  If you can make it lase (quite possible, lots of things can be made to lase) that doesn't produce energy, just focuses it.  In fact, the process will lose energy (and convert it into heat).  The only way to get energy out of thorium is through natural decay, which is far too slow, stimulated fission, which they're specifically not doing, or by setting it on fire.  It does burn nicely, but it's not really an improvement over regular fuels.

I hate to rain on the nuclear-car parade, but the whole thing looks like a scam, hoax, or old-fashioned crackpot.

6 It might also be that one of the writers just got confused, and the others sourced the mistakes from the first one.  It could all be an honest mistake.

Airships! One of the Brickmuppets Crack Team of Science Babes takes a moment from her...research...to relay this news from exotic Canukistan. 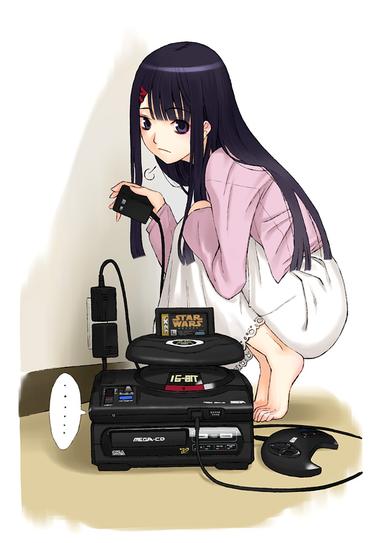 It seems that the Canadian air transport company Discovery Air has entered into a contract with Hybrid Air Vehicles to provide heavy lift airship services to the remote areas of the Canadian taiga and tundra.

This is actually a big deal. These airships are much better able to handle winds than conventional airships and heavy lift requirements in remote locations would seem to play to their strengths. 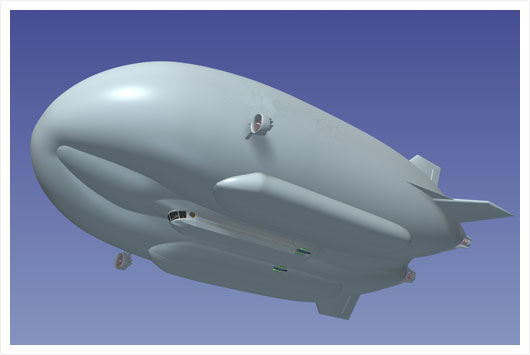 These ships have been tested off and on for a decade now by the US DOD, but as far as I know the only military use for them has been the recent contract for a surveillance airship for the US Army.  This is much more significant, because, it seems that the technology is now mature enough that they are getting commercial contracts.

The ships currently offered have lift capacities of up to 200 tons , but there are vehicles in development that have a 1000 ton payload.

Unlike normal airships these vehicles are generally trimmed to be slightly heavier than air, which makes them much better ships in a storm, they can still do vertical takeoffs and hovering via their thrust vectoring systems.  For the vast Canadian Arctic these ships could indeed be a boon in opening up the wilderness.

If they work out there they could have any number of civilian and military applications., from container transport to passenger liner to Coast Guard cutter.

'Science Babe' is by Sakamoto Mineji

On that other bit of Political Asshattery CDR Salamander says what needs to be said.

I've long thought that Bachmann is vastly and disturbingly closer to the medias image of Palin than Palin herself is. I'd actually been meaning to write about why she bothered me...but I didn't and now there is no need as she seems to have self-immolated the other night.

Hey kids, I have an idea, why don't you ask your professor about how Facebook and Twitter were used during the Cuban Missile Crisis. I mean they HAD to have had an impact right? You professor will be SO impressed with you.


Now go tweet someplace that is not on my lawn.