Questions on Starship and Falcon Heavy  An hour long talk and Q&A by the SpaceX Principal Mars Development Engineer Paul Wooster discusses the companies plans to put people on Mars in 6 years.

There are a lot of interesting and impressive items in this presentation, some of which impress on a more visceral level than a technical one. 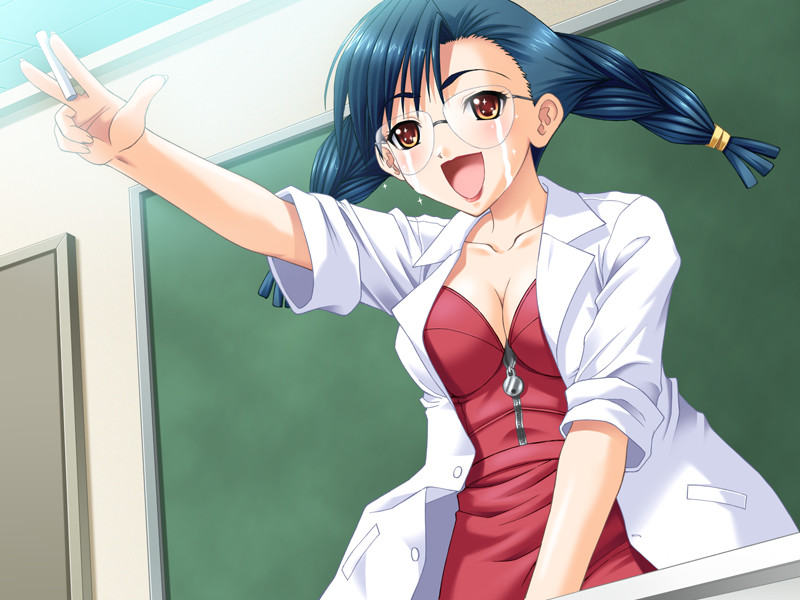 "Principal Mars Development Engineer!" Is there a cooler real world job title!?
Interestingly, while it has previously been sort of hinted at, Wooster here specifically states that the first manned rockets will be one way affairs.

Wooster also said the first spaceships will likely serve as homes for astronauts. This may not be the most comfortable setup, but it could reduce mission complexity and development by skipping the need to immediately build Mars habitats.

While the later vehicles are slated to make round trips and return, this confirmation presents in a fairly stark fashion that Musk and company are serious about a permanent human presence.

While that's fraught to be sure, few truly great things are done without risk.

The 21st century seems to finally be arriving.

1 Dude, you went away for a couple of days and got slammed with spam.

"Cadet Corbet, Report to the Launch Pad." This is just the most AWESOME looking thing.

Resizing animated .gifs without breaking them and embedding .MP4s is currently beyond our ability so click here for the full thing.

Musk is saying that once this thing makes it to twenty kilometers up and safely back down, then the following launch will be to orbit.

Musk's decision to use simpler field serviceable materials, mainly stainless steel in the construction of his new rockets means that the main  production bottleneck is the big Raptor engines. The production capacity of those engines and their practical number of resuses for each will determine the pace of the construction program. Naturally, increasing raptor production is getting a lot of attention.

While there are very complex pieces of kit going into these ships (like life support systems in the manned ones) they are, on balance not terribly complex compared than contemporary aircraft or ships.

This has some interesting implications for mass production given that Musk is doing this as a crash program.  because constructing a 300-400 ton  stainless steel spacecraft stack, is probably not much more of an investment in relative terms than a 1200 ton destroyer was in WW1, (273 ships in ~2 years). While those numbers are far beyond the ken of a single midsized company with two production facilities, they do indicate that if production methods are nailed down, in a few years a score or more of these things might be produced. 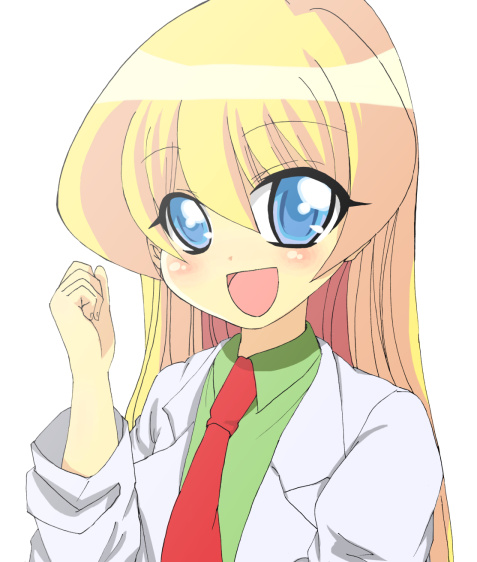 "But wait, there's more!"
The stainless steel construction is even more interesting in the context of in-situ repairs on Mars. Steel is easily workable and while stainless steel is less so its far more so than titanium or composites and can be repaired in the field.

Morever, while Space-X's plans to produce fuel on mars are well known it should be noted that Martian soil is mostly iron oxide and the martian atmosphere is 1/3 carbon, so steel is readily available given some modest infrastructure. While stainless steel and steel are hard to weld together, it is not impossible to do so, and it's conceivable that a damaged ship on Mars might be repaired sufficiently to get into Earth orbit.

In the much longer term with enhanced infrastructure, it gets better. You see, the materials for making stainless steels are varying proportions of iron ore, chromium, silicon, nickel, carbon, nitrogen, and manganese. If one takes a deep dive into the biologically obnoxious Martian Regolith, one finds the following proportions: 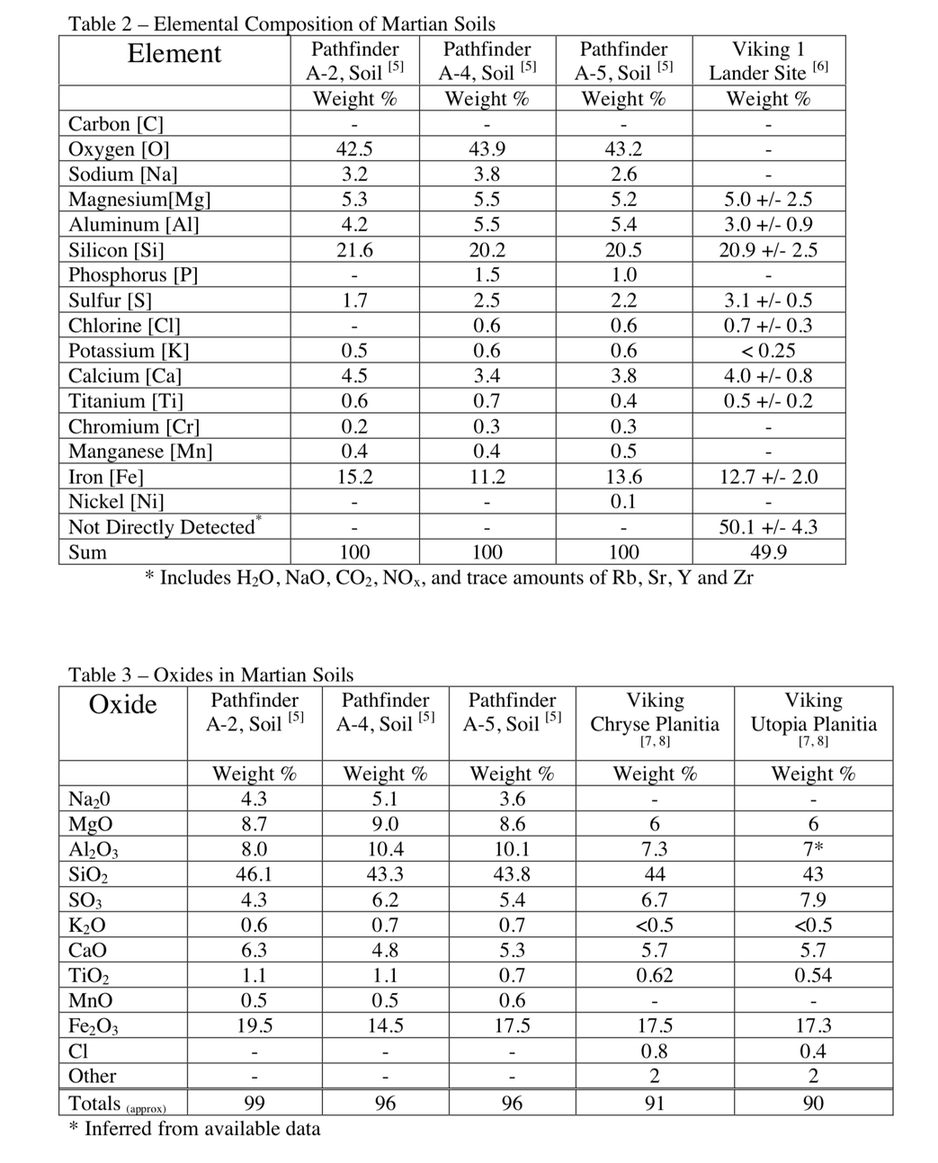 Note the presence, albeit sometimes in minute concentrations of everything except nitrogen which is mainly used as a substitute for nickel, which is found in minute quantities only at the pathfinder landing site. Fortunately, floating above the dirt is the martian atmosphere which is 2.7% Nitrogen. These are minute quantities to be sure and probably not practical for extraction at an early base, but this is only the surface dirt and their presence there indicates that there is more to be found.

If Space-X doesn't faceplant, which is not beyond the realm of posibility, then there is the very real potential for the next decade to see scores, if not hundreds of these ships built to carry people, quite possibly settlers, to Mars, the Moon and the asteroids.

1 It would be nice if Musk could make the Rocket a Day model (https://www.fourmilab.ch/documents/rocketaday.html) come to life.
I'd still prefer an E/M launcher ala Mike Combs' "Bridge to Space", but we're probably stuck with rockets for the foreseeable future.

2 So it's about the size of the Space Shuttle (minus the wings) but with about 3x the payload.

3 Starship is much larger than Shuttle.  This rendering is now out of date, the current version is a few meters shorter and has different wings/legs, but it still shows the size difference.  Starship is longer than shuttle, and basically twice the diameter.

4 It's about the apparent length of the whole shuttle stack, external tank and all, but it sits on top of something with more throw weight than a Saturn 5.

And yeah 3 times the shuttles initial payload, though I'm not sure how much it can bring back, not that that's a real design concern..

5 Ah, got it.  If you look up the diameter of the Space Shuttle, Wikipedia helpfully gives you the diameter of the external tank rather than the orbiter.  Which confused the hell out of me because the pictures of the Shuttle interior are not particularly spacious.