Another Job For Debris Section Oh wait....we don't HAVE a debris section...that's just a cartoon.
More is the pity 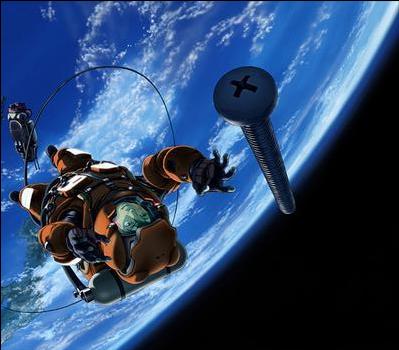 Steeljaw Scribe posts on the unsavory fate of Cosmos 1818 an old soviet era nuclear powered satellite that has had what NASA euphemistically refers to as "a fragmentation incident".

It seems that the satellites reactor coolant system either ruptured due to wear and tear, or the satellite was hit by debris, possibly from the infamous Chinese ASAT test....in any event the satellite has excreted a cloud of stuff....most likely hardened coolant (it used a liquid metal coolant) forming a cloud of metallic pebbles of various sizes on various courses.
This satellite is causing some people concern because is a later version of the well known Cosmos 954 that rained radioactive scrap over several hundred miles of Canadian taiga back in 1978. However, the radioactive threat is limited. Actually it is negligible given that the vehicle is not in a decaying orbit. 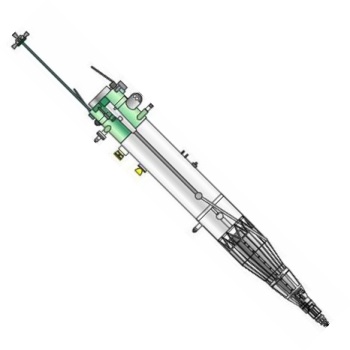 Image of COSMOS1818 via Encyclopedia Astronautica
What is worrisome is the fact that Cosmos 1818 is still up there and is in lots of little hard to track pieces on different vectors. This greatly adds to the navigational hazards of an orbital torus already very full of dangerous debris, and it can only add to the overall threat of collisions from orbital fragments.

If this was due to a debris strike then it is a mini example of the sort of thing that could easily lead to something called the Kessler Syndrome. That is debris hit satellites and other structures..thereby causing more debris...which in turn cause yet more collisions....this leads to a geometric increase in the generation of hyper-velocity projectiles orbiting in random directions until it is simply impractical due to the high likelihood of catastrophic collisions to continue in space. This sort of thing needs more attention...As it is, we are reinforcing the walls to our own prison. 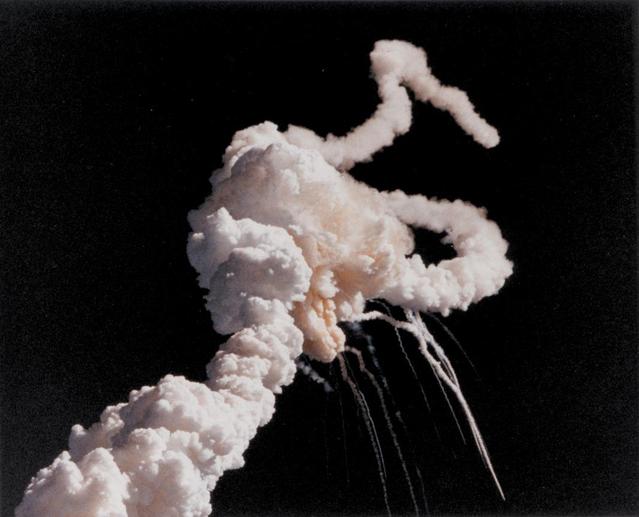 Due to the presence of Christa McAulliffe, the first teacher in space, it was watched with rather greater interest than most launches, and around the country, thousands, if not millions of schoolchildren witnessed the explosion and death of 7 brave men and women. 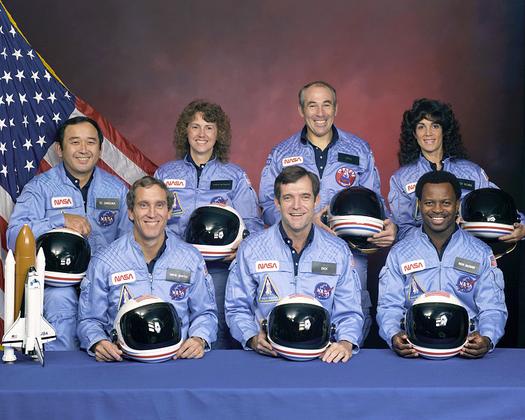 This is a somber week for space enthusiasts.Yesterday was the anniversary of the deaths of Grissom, White and Chafee in  Apollo 1 fire... 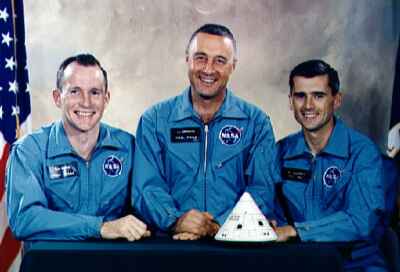 .... and 3 days from now will mark the anniversary of the deaths of Columbia's final crew. 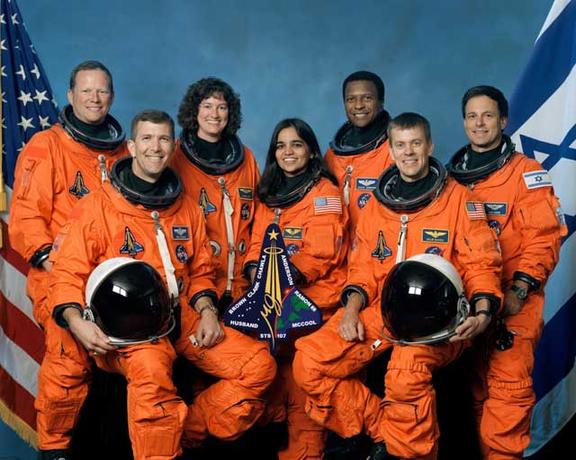 17 of our best have risked and lost everything to open up for us a frontier of limitless opportunity. No words I can write will do these people justice.

There are choice words however for the visionless mandarins in congress and the federal bureaucracy whose venal machinations and lack of foresight have  ensured that 20 years after the Space Shuttle Challenger we have done next to nothing to get us farther along in opening the frontier these brave people died to explore.

These same malevolent mandarins chose this somber day to virtually bankrupt the nation, and their priorities revealed in the stimulus package show that investments in our future and moving the nation forward rank far below their greed and visions of power.

It is not by accident that I call these people Mandarins, for the story we see unfolding before us has happened before, as I wrote in a previous post of what happened to China...

...In possession of the largest merchant fleet in history, the oldest and most advanced civilization  on earth decided in the early 1400's to stop exploring and engaging the world. The nation rapidly lost the applicable technologies and did not become a world power again until the 1960's...and was not a serious economic power until the early 90s. The lead in economics and power the US currently enjoys is infinitesimal in comparison to the lead in technology, knowledge, and both hard and soft power that China enjoyed in the 1400s. Other nations were literally centuries behind, and yet a group of visonless bureaucrats, for reasons of both well intentioned but short sighted idiocy, and the most venal self interest, stymied through legislation (or simply outlawed) not only emerging technologies, but existing ones as well. China was leapfrogged and became the plaything of the nations who had put her inventions to good use. In a last fit of bureaucratic group think, the descendants of those who had brought this about, ended the modernization efforts of the Tang Dynasty solely because they feared that the new ministries and corporations focused on technological development  would threaten their power and relevance. The result was 70 years of blood, culminating in the worst mass murder humanity has ever seen.

We are very close to repeating one of the most calamitous mistakes any nation has made. We have leadership that does not like free enterprise and due to today's events, we face a generation or more of severe parsimony on the government side as well....if we are not to completely bankrupt the nation.

There is hope of course.

Like a farmer facing drought we can muddle through this and prosper in the end, but only if we don't eat our seed corn. Technology investment is the seed corn of a modern nation. We would do well to remember that and see to it that future leaders encourage rather than stymie it.

1 In 1986, I was a high school senior and a space junkie.  I had the flu that day, and despite feeling like death warmed over, I dragged myself out of bed and plunked myself down in front of the tv to watch the Challenger launch live on CNN.

In 2003, I was unemployed and was tuned into CNN for the landing of Columbia.

In both cases, I wound up paralyzed on the couch, spellbound and horrified by what I was seeing.  A happy duck I would be if we never had to go through that nightmare again.

As the memorial plaque for Apollo 1 reads, "Ad Astra Per Aspera."

I hadn't realized that both Challenger and Columbia were lost in the same week of the year.

But I guess it isn't as much of a coincidence as all that; both of them were lost to consequences of extreme cold weather at the time of launch, so it makes sense that they were lost in the middle of winter.

3 I knew Dick Scobee. His wife taught an enrichment class that I was in. He even took me to NASA once.