Government Flying Saucers!! Exposed!! Encyclopedia Astronautica has had another update. This time Mark Wade has added several pages on the Lenticular spacecraft designs the US was working on in the late '50s and early '60s

More Bad Space News On the commercial space side comes the terrible news that 3 employees of Scaled Composites were killed in an explosion during an engine test. Rand Simberg has the best overview I've seen on the web.

1 That is just odd.  You always find the most unique stuff to post. 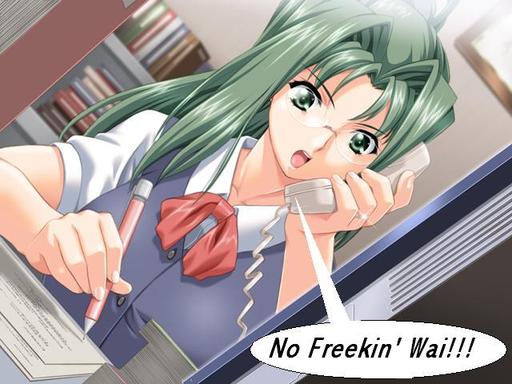 One of the Brickmuppet's crack team of science babes reacts to a couple of nigh unbelievable news stories from NASA. First, a computer intended for the ISS was sabotaged, yes, sabotaged ! Note that it did was not a vital component but this is the first case in the history of the program and a damned shame. What sort of waste of skin does that?

But that's not all at no extra charge, our intrepid researcher finds that it is alleged that NASA astronauts took off drunk, yes drunk, no they are really saying that the astronauts flew drunk!

Note that at least one of these incidents involved a NASA astronaut on a Soyuz flight. IIRC the Russians take a nip before their flights so this may have been "diplomacy" of a sort. At any rate an American on a Soyuz would be a passenger. Still not good at all and the report concerning the T-38 flight is terribly worrisome.

There is embezzlement too!

A former NASA employee is accused of stealing more than $150,000 from government coffers, according to a report released Thursday.Elizabeth Ann Osborne, 52, who resigned in October after 31 years at the space agency, pleaded guilty to embezzling public money as part of an agreement made with the U.S. Attorney's Office on July 17, Local 6 News partner Florida Today reported.

And finally via NasaWatch comes this partial list of explanations for $94 million in missing stuff...

Desktop computer and laser printer - 4,855 - My wife needed a computer at home to perform her work as a real estate broker so I checked one out from the surplus stock available. I turned the computer back in when she was done using it but never received a receipt.

Laptop computer - 4,265 - This computer, although assigned to me, was being used on board the International Space Station. I was informed that it was tossed overboard to be burned up in the atmosphere when it failed.

Various missing property, 65 items - 850,321- A thorough and reasonable search was conducted but we were unable to locate the missing property. In general, the missing items consist of older equipment that has been replaced or is no longer necessary for standard operations.

This computer, although assigned to me, was being used on board the International Space Station. I was informed that it was tossed overboard to be burned up in the atmosphere when it failed.

Seriously, how is that NOT the greatest excuse of all time?

VASIMIR Breakthrough!! One of the Brickmuppets' crack team of science babestm  is barely able to 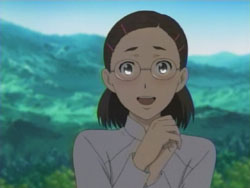 control her glee as she reports from Costa Rica that scientists in San Jose have achieved an impressive breakthrough in VASIMR  plasma engines.

SAN JOSE, Costa Rica (Reuters) - Scientists in Costa Rica have run a plasma rocket engine continuously for a record of more than four hours, the latest achievement in a mission to cut costs and travel time for spacecraft.

More on Ad-Astra rockets, the company involved, here. A discussion of this story (which is actually from June) is going on at Nasa Spaceflight. VASIMR or VAriable Specific Impulse Magnetoplasma Rockets are plasma thrusting engines of fuel efficiency comparable to ion engines, but they have the ability to be throttled and vastly increase thrust for short periods. While this is not enough thrust to launch a rocket from earth it gives certain advantages over ion engines in speed and keeps the long endurance, constant thrust advantage of the ion engines. More on these interesting rockets here, here and here.

The fact that the founders of Ad Astra Rockets had to leave NASA to pursue this is dismaying, but their perseverance does seem to have paid off!

The Spacesuits of Yesterdays Tomorrows 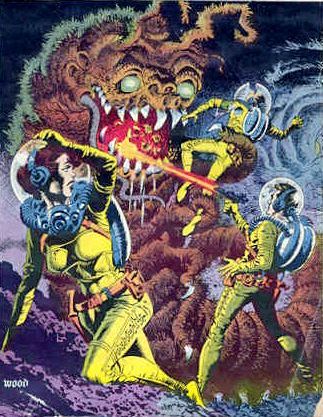 Cool news on the spacesuit front.

L.Riofrio reported back on the 4th about rather exciting developments in the area of true skinsuits.

"A current prototype of the suit consistently exerts pressures of about 20 kilopascals on its wearer but newer models have reached pressures of up to 25 to 30 kilopascals, which is about one-third that of the Earth's atmosphere and the target for spaceworthy BioSuit, researchers said. A fully functional suit could be made ready for spaceflight in about 10 years, they added.

At the heart of the BioSuit is mechanical counter pressure, which uses tightly wrapped layers of material that are both flexible and protective to the astronaut inside. The suit's layers are wrapped in a meticulous fashion -- based on three-dimensional maps of the human body in motion -- to provide structural support while maintaining mobility, researchers said."

This could revolutionize EVAs and space travel in general.

(Giant space slugs and laser pistols still on drawing board)

Art is, of course, by the great Wally Wood from the cover of  Weird Science Fantasy #11.