Thinking Small With Regard to Surface ships CDR Phillip Pournelle has an interesting guest post over at Galrhan's place in which he discusses the potential that small combatants have to augment the USN's force structure. He specifically references the Coast Guard's new Sentinel Class patrol boats.


Iâ€™ll add here another comparison:  For the cost of one Littoral Combat ship with two helicopters we could deploy 14 Sentinel class patrol craft with increased firepower within the displacement capabilities of the hull design. 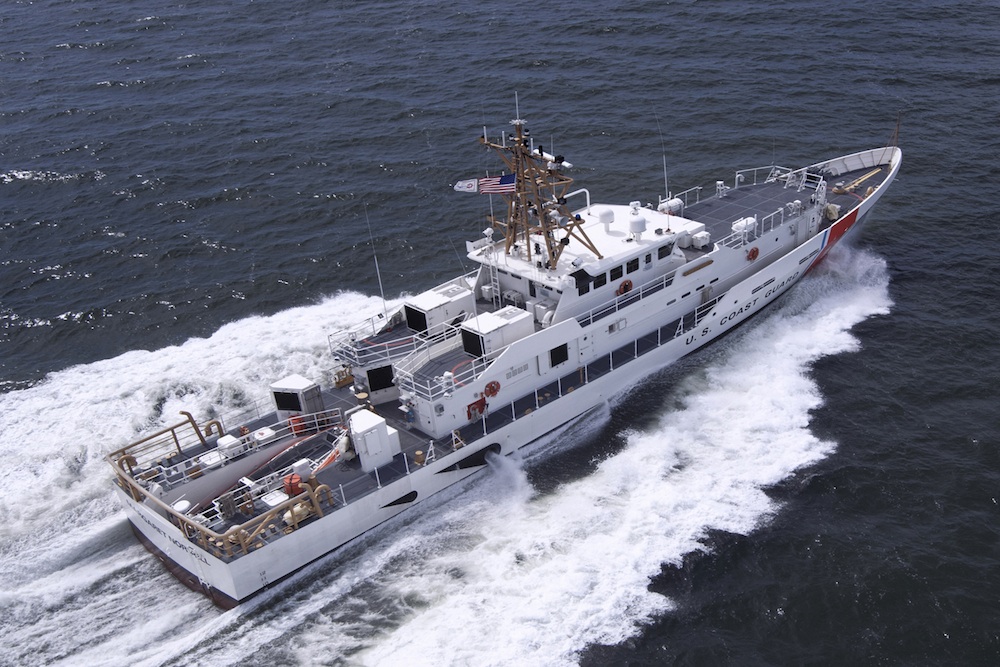 The Sentinel's are fine vessels, with great seakeeping for their size and enough range to cross the Pacific (via Hawaii). They are actually a Dutch design purchased because of its very good performance in several Navies & Coast Guards. However, it's unclear what increased firepower can realistically be added to the Sentinel design. Remember, it's not just displacement that is important, space is a big factor in guided missile systems and in the sensors, fire control and C4i systems needed to make any armament useful.

Still,  being conservative, lets assume that  any up-gunning consisted of replacing the Bushmaster Cannon with the 'bolt on' SEA RAM missile system (which has its own fire control on the mount) and squeezing in two Penguin antiship missiles between the cutters copious ventilators. I choose these two systems because they are both designed to have low impact and be mounted on austere or even civilian vessels, both are in US service and they are fairly cheap. The LCS has 21 point defense anti-air missiles (RAM) and no antiship missiles except for some antitank missiles that have a shorter range than the ships single Bofors gun. Bu contrast the postulated 14 Coast guard cutters, for the same price would have have 154 of the same type of point defense missiles and 28 over the horizon ship killing missiles. That's 133 more SAMs and 28 more SSMs and they'd be (at least) 14 times as hard to sink (perhaps harder, as the Coast Guard cutters are made of steel as opposed to aluminum).

All this really tells us is that comparing anything against the Navy's littoral combat ship is setting the bar rather low.


However 14 vessels would take at least 14 hits to put out of action and so might deny any enemy unfettered use of an area of water longer. Also 14 hulls can be in 14 places at once, which can be important in peace as well as war.  Showing the flag, for instance, requires the flag actually be present.

On the debit side, while it's true that 14 cutters could cover a similar area to the LCS's helicopters, they'd be somewhat less flexible and, of course they'd not have anything like the huge cargo bay. It might be advisable to apply the concept to a somewhat larger, but still austere vessel. The Italian Commandante class Corvettes, are austere offshore patrol vessels that come in at 58 million (US) apiece which compares favorably to the Sentinel's 47 million dollar price tag. 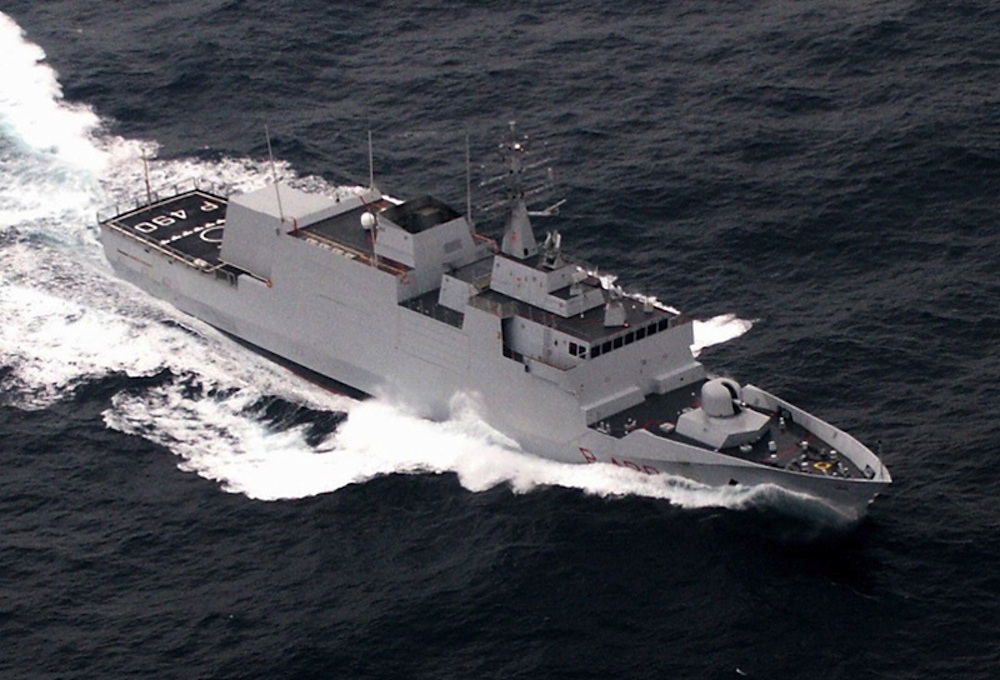 The closeness in price between a 400 ton and a 1500 ton vessel may cause some alarm, but it is a good reminder that steel,  as opposed to a weapon system or sensor array, is cheap. A bigger hull costs only a little more.

The Coast Guard needed a vessel that could go really close inshore, have a crew of under 30,  have a low enough freeboard to pull people out of the water from the main deck, sip fuel, be based at existing small boat stations and have a draft of less than 10 feet. As such the 400 ton cutters are good fit for their needs...the operating costs are much lower (fuel, crew ect) are far smaller than the larger ship....(acquisition costs are only part of a budget).

However, 1100 more tons of steel buys a lot better seakeepng, a helicopter and vastly more internal space with all the associated advantages... at the cost of some increased operating costs due to a much larger crew and greater fuel consumption.  12 can be bought for the cost of a single 700 million LCS, though how much 12 would cost to run in comparison to an LCS is unclear though the LCS is notoriously expensive in fuel and repair costs. 12 of these ships bring 12 helicopters to the table as opposed to the LCS's 2 and the Comandante class has a hard point for 4 or 8 antiship missiles. There is also a provision in the design for a slightly stretched version with 8VLS cells and 32 ESSM missiles...

...but at that point you're getting into a AAA fire control systems, with the attendant risk of escalating prices to the point of missing the raison' detre' of the exercise.

Still, if the cost could be kept to the point that 6-10 could be bought and operated for the cost of an LCS then this vessel could be a vast quantitative and qualitative improvement over LCS.

Additionally, we've mentioned before that the French have a very interesting smaller (800 ton) vessel with similar features, but no costs were available.

Such vessels are no replacement for the big Destroyers, with their sensors and ability to shoot down aircraft missiles and satellites as well as strike targets a thousand miles away,  but they could be an interesting force multiplier for a reasonable price. This is going to become a very important consideration in the coming years. when our older hulls start wearing out...just as the depth of our financial crisis becomes fully felt 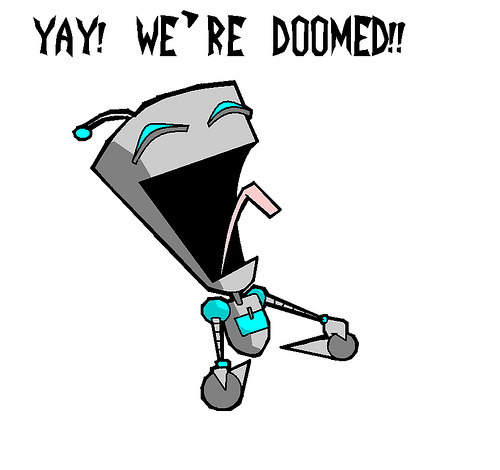 The Gregorian calender does not have any predictive qualities beyond such matters as when a leap day will be inserted. The parallels between today and 1914 while real, are far from exact and have been developing for years.They do not gain special effectiveness by this grim centennial.

However, Suburban Banshee takes a moment to remind us that ours is not the only calendar...and that her name is apt.

â€¦itâ€™s not comforting to ponder that Chinese who believe in traditional five elements fortunetelling are of the opinion that Yang years of the Wood Horse are associated with war â€” and "fast victories.â€ It is a year to stick to oneâ€™s principles â€” which in this version means not negotiating and running over other people.

In fact China doesn't see any parallels to the first world war...they see things in terms of the second.

1 All over the world, we find people who are freakin' idiots. Unfortunately, some of them run countries.