It Doesn't Repeat; It Rhymes Regarding China:

It’s not clear, however, that even well informed Americans realize how dire the situation is. It’s time they paid better attention, because China’s lawless pursuit of resources and territory is coming to resemble nothing else so much as the behavior of the Japanese empire before World War Two—a disconcerting comparison I have heard more than once from analysts and government officials here...

"Russia is getting ready for a big war which they assume will go nuclear, with them launching the first attacks,”

Do note the neighborhood it it would have landed in if it had fired at optimum angle. 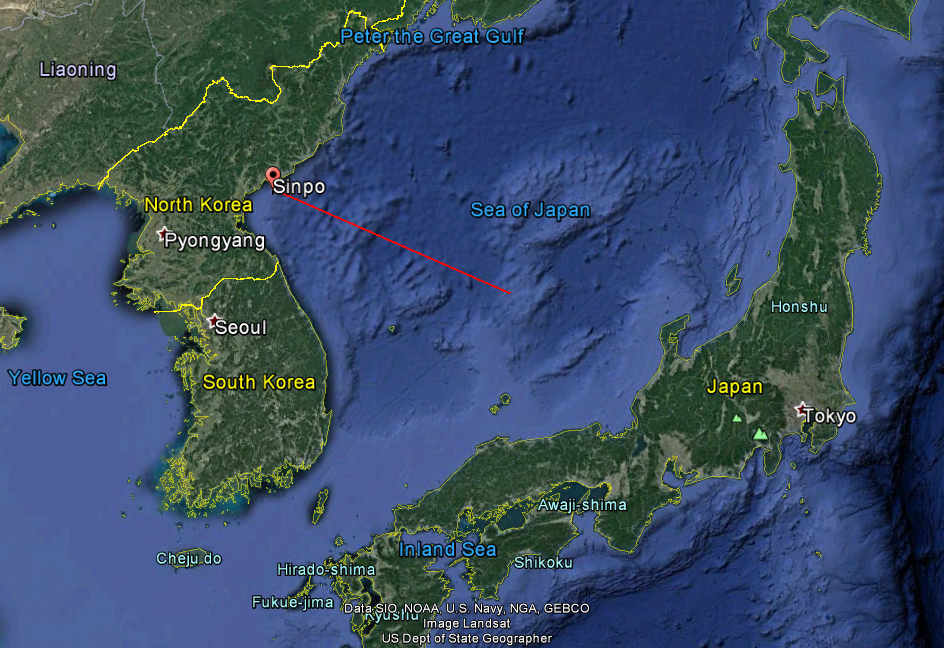 The Iraqi Security Forces (ISF) and allied tribal fighters recaptured the Waleed Border Crossing on the Syrian-Iraqi Border on August 3. ISIS mounted a counterattack on August 8 - 9 against the Waleed Border Crossing as well as the Tanf Border Crossing in Syria, which is held by the U.S.-backed New Syrian Army. Both attacks were repelled. ISW is thus changing the status of Waleed Border Crossing to ISF Control.
Iraqi Peshmerga affiliated with the Kurdistan Democratic Party (KDP) launched clearing operations southeast of Mosul on August 14 - 15, seizing at least twelve villages in the Ninewa Plains. The operation originated from positions near the Khazir Military Base between Mosul and Arbil, and progressed south towards the town of Gwer. ISW is thus changing the status of this area from contested to KDP Peshmerga Control.
The ISF recaptured the city of Qayyarah on August 25 following more than a month of operations to secure terrain on the southern and western outskirts of the city after security forces seized the Qayyarah Airbase on July 9. The ISF breached the city limits of Qayyarah on August 23, encountering limited resistance in the southern neighborhoods. The ISF secured the city center and government complex on August 24 and Joint Operations Command announced full control over the city on August 25. ISW is thus changing the status of Qayyarah to ISF Control.

1 Do think that anyone will remember 1) to mock John Schindler for being an idiot in two months, and 2) to disregard all the verbal puke he produces in two years?

The deal with the bananas is that the current banana we get doesn't have seeds, right? That means it cannot reproduce. Nearly all the bananas in plantations in the world are clones and clones of clones of the original mutant that lost its seeds, and as a result they are all genetically identical.

That kind of situation leaves the cultivar extremely vulnerable to diseases. Which can burn through them like wildfire.

It happened one time here in the PNW. The Forest Service had the bright idea of coming up with a super-tree to use to replant clear-cuts, and they ended up with one, which they cloned and planted tens of thousands of acres -- all of which were genetically identical. And then there was a moth attack (IIRC) that seriously devastated that particular cultivar. In a genetically varied population the destruction wouldn't have been as bad, of course, and these days when they reforest they use seedlings which are not genetically identical.

3 But the current banana is itself favored precisely because the previous one encountered a fungus problem. So it's not like we're looking at the End of All Bananas, just that this particular variety's probably had it. (And, to hear tell, it's no loss - what this variety gained in disease resistance and long shelf life, it lost in flavor...)

4 Instapundit commenters are having a barrel of laughs at the expense of John Schindler, who is apparently a real person, and produced the following headline: "Married US Naval War College professor put on leave after nude photo he allegedly sent to woman was posted on Twitter". Twitter is clearly his bane... as well as the truth.

Instapundit has a post up quoting him as saying that if Trump wins in November there's a real chance of a military coup in this country.

He's right that there's a chance but IMHO the chance is zero.

Yeah, Schindler face-planted hard several years ago when he pulled an Anthony Weiner. He's a historian of some note and a former spook and been building up his "days since epic failure of judgement" ever since.
Schindler is taking tremendous heat now (265 comments as I type this) because he's spoken ill of Trump, which is an unforgivable sin for Captain Combover's myrmidons.  I do note that Schindler has been quite critical of the Republican establishment's treating the rank and file like retarded children...which eventually resulted in such intense (and generally justified) frustration that many turned to Trump.
For all that I generally like Schindler however, I'm deeply, deeply skeptical of coup talk. Trump's statements regards nukes and mercurial personality are probably quite a concern to a lot of GOFOs. Thus there is likely to be some discussion of contingencies for what to do if a nut-bar president decides to launch nukes willy nilly. "Discussion in some circles" is updating contingencies, not plotting a crossing of the Rubicon. Schindler, like so many other people this year is spun up and probably overstated the situation....to such an extent that he probably ought to reset his fail counter to zero.

7 Also, Pete: your comment preceded the Instapundit post. What set you off about Schindler and/or his analysis? I do not speak or read Russian and the perspective of another Russian speaker on these matters is always welcome.