How do We Fix ShipBuilding? Shipyard prices are skyrocketing. The number of shipyards is dropping. As the navy is getting old and worn out ships are being laid up. Meanwhile, it seems that the ships the USN are procuring are being delivered 'pre-worn' so the bluejackets can skip the whole step of sailing them around before laying them up.

The waterjets of the LCS have fallen out due to galvanic corrosion, apparently because the shipbuilders didn't use zincs properly.

LPD 17 San Antonio has never worked right and appears to be a pier ornament now. Much of the issue there seems to stem from faulty welds which are contaminating the lube oil with metal shavings.

This story from my local paper is not strictly a manufacturing issue but speaks to massive incompetence in shipbuilding procurement. (We couldn't have used them as tenders...used them as SOMETHING?) 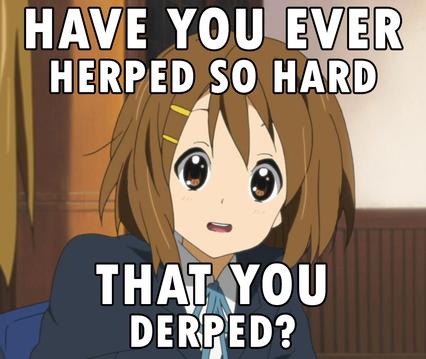 This crap is happening just as the Navy is approaching block obsolescence in almost every category except destroyers....while the nation faces bankruptcy.

These problems are deep and systemic. There are no quick solutions. However we may be able to at least move in the right direction. There are two historical parallels that we can use as examples.


In the1880s the UK was extracating itself from Afganistan and was facing some financial difficulties. At the same time the UKs shipbuilding program was terribly screwed up, with problems that included cost overruns, excessively long build times, ships massively over budget as well as overdue, quality control issues, problems integrating new technologies and simple corruption (sound familiar?). The response was to, for a time,  order only second line vessels such as gunboats and auxiliaries as well as a few experimental technology test beds such as experimental high speed craft (the torpedo boats).

These were often ordered outside the usual defense procurement clique. (eleventy)

In the meantime the procurement system was overhauled, investment was made in physical plant improvements at the shipyards and  the procurement system was reformed, Concurrently, a determination of what sort of vessels were needed was made. Then rational, attainable requirements for the various types of vessels were drawn up that matched the then current technologies, the national strategy of the time as well as the gamut of potential scenarios.

After several years of building gunboats and finishing the dubious vessels that were already ordered, the Royal Navy began building ships under the Naval Defence Act. William Whites design team produced the finest ships that had been built up to that time and for nearly two decades, every subsequent class was an improvement on their design predecessor in some way.

In the late 1920's the US Navy changed the design of its cruisers drastically, switching the emphasis from underwater protection to protection against shellfire. However, cruiser size was strictly constrained to 10,000 tons by the Washington Naval Treaty. Cramming all that extra armor needed to resist 8" shellfire and still come in under the legal weight pushed the state of the art to the limit. The commercial shipyards balked and quoted prices that were exceedingly high. The Navy built the first  New Orleans class cruisers in Navy Yards. This allowed the Navy to learn by doing the tricks to the new technologies and give commercial shipyards some training in those fields. This also gave USN officers a LOT of hands on experience in shipbuilding which was invaluble for both quality control inspections and giving a holistic view of damage control. Both stood the USN in good stead in WW2.

There are legal problems with this today as the government shipyards are not allowed to compete with commercial yards in procurement. However, Navy yards are still important in a wartime situation so it is beneficial to have them engage in some shipbuilding to keep their skills sharp. The abysmal performance of the commercial yards in such basic fields as welding and cathodic protection indicates that some remedial training is needed. Shipyards are a national asset. This is nova panacea and ought to be done as a very small percentage of a total procurement, but it has worked in the past.


On the flip side of this is a lack of competition. Government regulators like a few big companies because they are easy to regulate and control and they don't innovate much so bureaucrats don't have to face their own inadequacies. A handful of businesses make it easy to form cartels and grease beauraucratic palms.

We actually have a fair number of shipyards in the country but very few of them get involved in major defense procurement in part because cost plus contracting requires a byzantine army of accountants and lawyers that is larger than the total staff of some of these shipyards. This not only promotes corruption and cost padding, it is a huge barrier to entry for new firms...which isalmost certainlyone of the motivations. Get rid of cost plus and you get rid of several problems at once.

The lager problems involve planning, requirements and overall design. There needs to be something to dissuade crazy ideas like aluminum hulled frigate sized tenders that cost as much as European destroyers carrying the armaments of a coast guard cutter at...50 knots. That would require something like the old General Board...but that's a topic for another time.

1 Well, at least we're OK on carriers and attack subs. So far as I know, the Virginias are working out fine. And though we aren't turning out CVN's at quite the rate we need to, they are still being built.

2 They're single-hulls, aren't they?  How service-worthy could they be after more than a decade in mothballs, for any usage you might put them to?  I mean, do they even insure single-hull freighters these days?

3 Oops, I was asking that about those two would-be oilers they finally sent off to the knackers.

4 The fact that they're single-hulled is the reason they sat so long in mothballs and are being destroyed, regulations changed while they were in construction to disallow single-hulled tankers.  Of course, they should have been out and operational, and thus grandfathered, before that came to pass.  Or at least once that ship sailed (so to speak), then they should have either been scrapped or converted to something else at that time.  But of course nobody could step and take responsibility for a decision, so they sat at the dock for years.