If you can't read the text, it says;

Still vague, but its way more than most people get in the way of explanation and has the added benefit to Google of being defamatory.

I assume it's a benefit. I don't quite grok Google's bidness plan but I assume it monetizes the despair and frustration of people unjustly wronged.

The guy just did MMD videos and as far as I could see wasn't selling or soliciting anything. His content was some cute Tohu skits, other shorts, a few racy Kancollie dance videos in a separate, 18+ playlist and  some MMD how-to videos.

This Does Not Bode Well Can anyone find a current Live-Stream or recent video upload from Hong Kong Island? Because You Tube doesn't have anything younger than a week old. I may be making a mistake in my search terms, but I've tried Hong Kong Live; Hong Kong Protest Live, Hong Kong Web Cam, Hong Kong Central Live (and Web cam) and the obsolete term Victoria City. Nothing turns up anything from after a week ago. I assume that Youtube is downselecting or blocking them but given the techweasel's general opaqueness, It's anyone's guess. I did find a few news reports on YT that were 9 hours old and a conspiracy theorist who claims that this is the first step by the BilderBurgers to cull the planets population but nothing about whats happening now.

Update: the Victoria Harbor webcam is down as I type this. 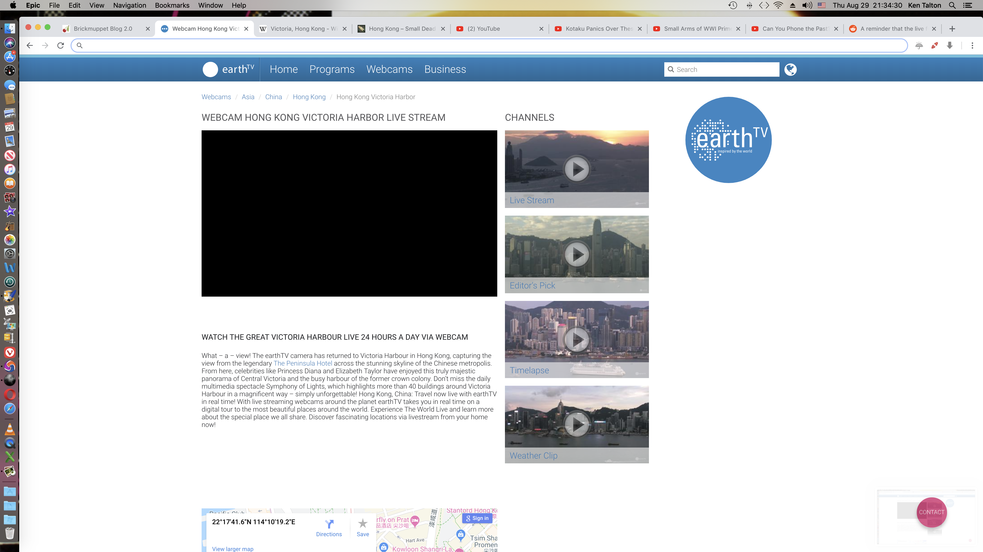 1 I searched "hong kong" on bing, selected the videos tab, and specified a date range of "last 24 hours".

Not Actually Surprising, But Discussions of Hong Kong Are Being Downvoted, Demonetized and Removed From the Internet Vee also has a remedial review of why Epic Games Store is evil, but we knew that.

UPDATE: None of this stopped a bit of defiance from making an appearance at a video game tournament in Shanghai.

Some Talk A Good Game About Empowered Women ...but point to Mary Sue Fanfic and weaponizing "the vapors" as examples of such.

Most of those would not be the least bit amused by today's birthday girl, who was a person of extraordinary talent in her sport, She was also a superb showman and entrepreneur who came from less than nothing and on her own merits rose to become one of the most famous women in the world in her day.

She was also a philanthropist, world traveler, businesswoman, actress and at one point tried to raise an all female unit of 50 women sharpshooters  for the Spanish American War before McKinley said "No!"

She also empowered more than 15,000 women in the most profound way possible, by teaching them how to shoot.

On this day in 1860, Phoebe Ann Mosey, better known in later life as Annie Oakley and "Little Sure Shot", was born. 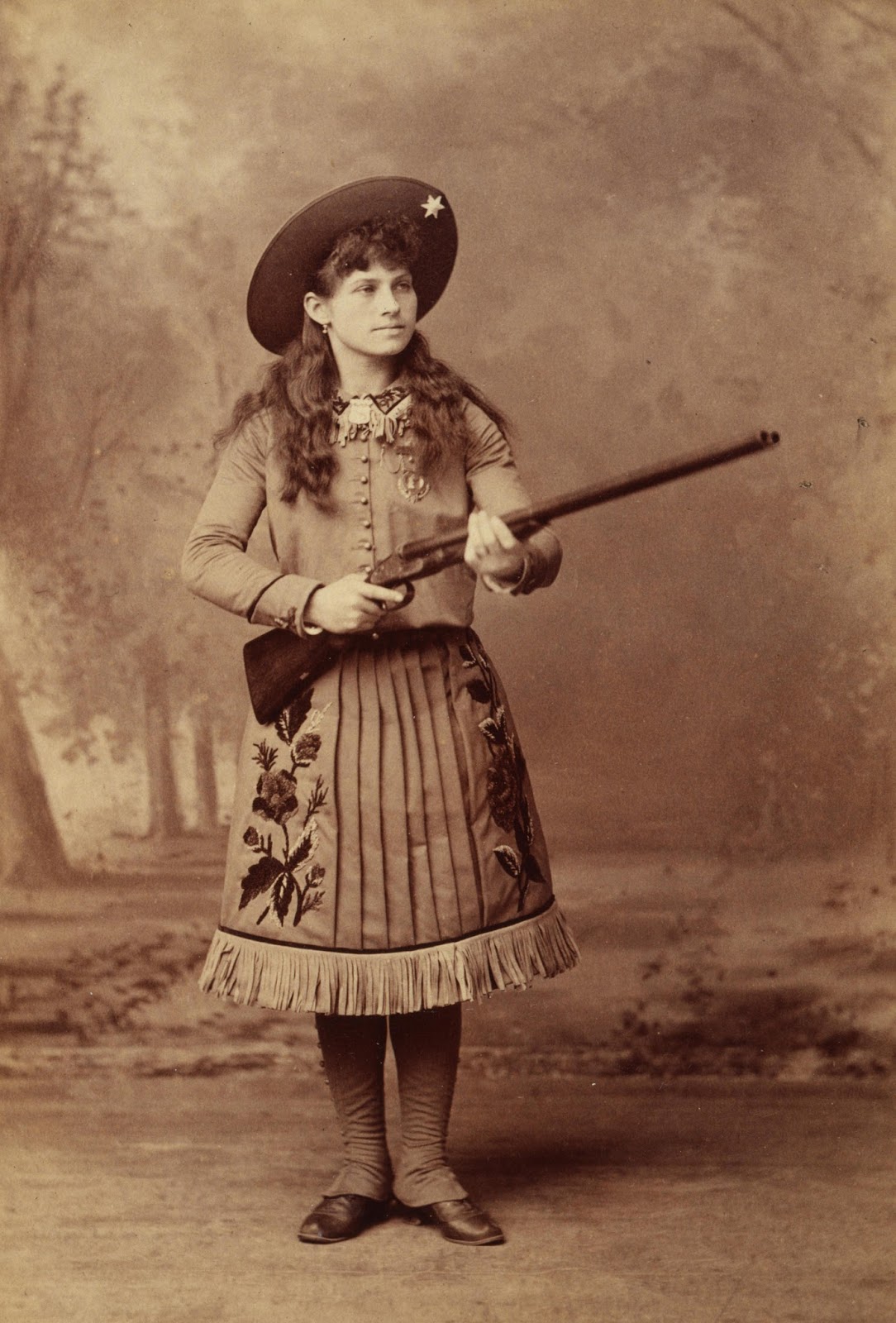 Meanwhile, In Hong Kong China has denied a port visit by the U.S. Navy in Hong Kong. This might be taken as an indication that something very bad is in the wind.

The last few days have been less peaceful but the protests, which have been going on for three months now and comprise at time millions of people are still showing no sign of letting up on their own.

It's looking like they will be ended by the CCP, which is reported to be massing troops across the Pearl River.

Tienanmen 2 may well be imminent.

Given the seven and a half million that live in the megalopolis, and what the CCP did in Tiennamen; when the hammer comes down, it has the potential to be a bloodbath on a par with some of the worst atrocities in history. This is not a bunch of students, more than a quarter of the population has taken part in some of these marches, a testament to what the stakes are for the average Hong Konger. The CCP is facing stresses from numerous directions and see the outspokenness of Hong Kong as a danger that is poised to metastasize. For all its millions Hong Kong is but a rounding error among the billion and a half Chinese;  one that the mainlanders have been raised and educated to be decidedly unsympathetic to.

The Hong Kong protestors are waving the American flag and singing The Star Spangle Banner. The desperately want what we have and appreciate it in a way many of our leaders do not and their thirst for freedom is something that many of our gatekeepers and self appointed aristocrats hold in contempt.

There is little that can be done of course, but the comparative lack of coverage or "backpaging"  of this impending catastrophe by mainline news outlets is disgraceful, and feeds into the idea that the tech weasels and media are to a very large extent Chinese fronts now.

I note that the You Tube Filter seems to have gotten particularly egregious about this story recently. Selecting the most recent upload date as a filter provides two particularly anodyne news reports and the then starts going backwards from a month ago.

In any event, companies like Epic that are owned by People's Liberation Army affiliated companies or those like Google that Kow-Tow to their wishes in hopes of favors ought to be scrutinized rather more than they are, for what's happening in china with the social credit system and what is about to befall Hong Kong, is not at all beyond the bounds of possibility for us.