An Off-the-Shelf solution to a Real and Serious Problem. This month's U.S.Naval Institute Proceedings has an article (via) concerning the many advances in ocean sensing and breakneck progress in machine learning that have the potential to greatly reduce the ability of submarines to hide.


A broad range of emerging technologies is reducing the oceanâ€™s opacity. Unmanned undersea vehicles offer cheap platforms for nanotechnology and 3-D-printed sensors and antisubmarine weapons. Machine learning and big-data tools enable the analysis of this data. At the same time, the proliferation of aerial drones and commercial satellite imagery allow improved intelligence collection on activity at submarine ports.

These technologies reinforce one another.....

The author, Zachary Kallenborn, suggests that this is not a transcendental threat to the survive-ability of the sea based portion of our nuclear triad, rather, he posits that increasing the capabilities of the submarine force will suffice. Gives specific examples of  improvements that can help mitigate this threat.

He does not give specific examples of how to pay for these non-trivial increases in capability.

We are over 21 Trillion dollars in debt. Future budgets are going to be hit hard by austerity, and the severity, painfulness, length and societal risk of that austerity will increase non-linearly with every year that we don't engage in it. Because we are broke.

This is a thorny problem for a number of reasons. The biggest one is that the other legs of the triad are rather wobbly.

All 450 of our Minuteman ICBM silos are fixed sites. Their locations are well known to our enemies and at the top of their list of long worked out firing solutions. 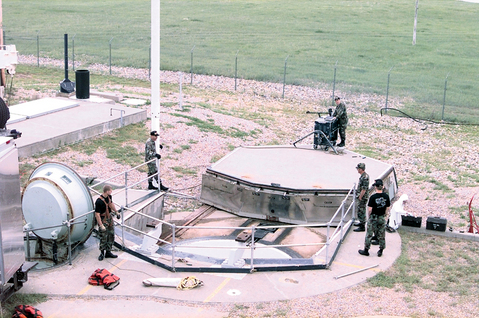 China and Russia Know EXACTLY where this is and have the targeting coordinates worked out to the third decimal place..

They make sense in the context of deterring a Russia limited by treaty to 1550 strategic nukes as each silo, as a matter of precaution will need about three warheads apiece, leaving all other strategic targets to be spread between the remaining the remaining 200 to be divided amongst ALL other military targets, leaving relatively few for the cities. Multiple warshots per silo are needed to account for duds or misfires, and to ensure a spot-on direct hit to ensure a kill. See, the Minuteman silos are impressively robust pieces of early '60s construction technology...

...but they are between 40 and 60 years old, unmovable, and  we're forbidden by treaty from building any more or widening them, and the premises upon which they were designed and later renovated are no longer valid.

For one thing, targeting is vastly more accurate than it was in the '60s, meaning that direct hits are likely. More importantly, China, is not part of any arms control regime and despite being invited by the U.S. and R.F. have rebuffed any attempts to initiate the process of doing so. While the generally accepted estimates have China's nuclear arsenal being comparable to France's, if those assessments were way off, even by an order of magnitude no great surprise would be warranted.

So the math for these silos, dubious as it was, no longer works out.

Furthermore, the bomber force, as stealthy as it is, must operate from fixed bases, which also double as enemy firing solutions, and their stealth might be a transitory characteristic, as our friends the Germans have helpfully informed the world.

We need a strategic deterrent that is survivable. Currently, this is supplied by the Fleet Ballistic Missile Submarine Force, but as the Proceedings article above notes, that is a basket of some uncertainty in which to put our strategic eggs. Additionally, the whole point of having multiple delivery systems is to reduce the possibility that any one breakthrough renders our deterrent obsolete and our nation helpless.

There is a solution to this conundrum, and it's development costs are modest by virtue of it already having been successfully developed. 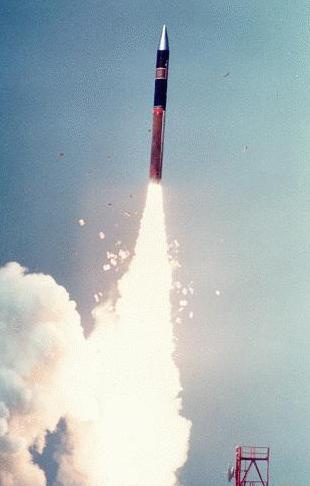 Whereas the big and now defunct MX-Peacekeeper-LGM-118 was developed as a Titan 2 replacement, the MGM-134 was intended to replace the Minuteman.  Like the Peacekeeper, it was intended to be mobile, but that missile was intended to be moved around in huge, expensive, armored subways, (which were abandoned for cost-saving reasons and the missiles squeezed into old Minuteman silos during their 20 year service).

By contrast, the MGM-134 was far smaller, and was intended to be drawn around the country by an off-road, tracked truck in a self -burrowing armored capsule and be hidden in tunnels, barns, caves, haystacks, cornfields, warehouses, boxcars, forests, shipping containers, and perhaps even at the bottom of random lakes,. Moreover, they would be constantly moved around to make the enemy's firing solution nonexistent.


If this sounds silly, I refer you to the Great SCUD Hunt.


The name of this diminutive Minuteman replacement was MGM-134 Midgetman. 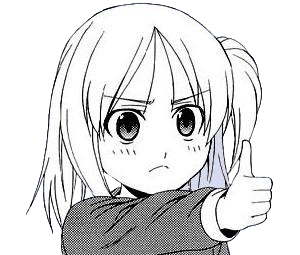 The missile was designed, successfully tested, and accepted for service, but it was cancelled with the collapse of the U.S.S.R. just as it was about to enter service.

It seems likely that ~400 mobile launchers, constantly moving around in a country this size, represents a far more survivable deterrent than 450 silos the targeting solutions to which are unchanging and well known. Presenting an enemy with a "SCUD hunt" a third the size of North America means they can never assure the destruction of the deterrent. It would make the survive-ability of the Ground Based Strategic Deterrent comparable to that of the SSBNs.

The Midgetman worked, it's developed, and 30 years on it still seems to meet requirements. Of course the erector launcher prototype was scrapped, but it might be better to use a new one anyway. It will fit into a 53 foot trailer and at 30,000 pounds, it's tare weight makes it usable on U.S. highways. meaning that that you could put some of them in Commercial Off The Shelf tractor trailer rigs painted up to be innocuous to move the things around.  Targeting these things in the lower 48 states would be nigh impossible.

On the debit side, 30 years on, spinning up production is, of course, going to involve some changes and detail updates, but most of the design work is surely still usable. It achieves a range comparable to the current Minuteman by having a payload of only one warhead as opposed to the Minuteman's capacity for 3, but the Minuteman missile has been reduced to single warheads to comply with treaties anyway.

However, it should be noted that the other nations with Intercontinental Ballistic Missiles, Russia, China, and the DPRK all make heavy use of mobile launchers for them

This is an off the shelf solution to a real and pressing problem, and given its already existing nature, it ought to be a fairly economical solution.