Thereâ€™s some speculation that this is an attempted enhanced EMP weapon. Thereâ€™s other speculation. Add to that that I have never worked in weapon design, and the last time I seriously needed to know about the minutia of nuclear weapons was more than thirty years ago, and you will understand that I am not going to speculate. We know that North Korea tested something, and they call it a sophisticated fission weapon; what they tested was low yield, and the last time I looked, low yield was harder to do than higher yields: particularly lower than 10 kt....[/quote] 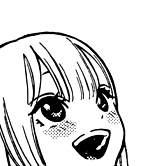 "Well, maybe the Norks just want us to appreciate the night sky like they do."
This of course solves their targeting problems as the target area for this weapon is measured in states rather than meters. Additionally, it would make a small device of the type they can already deliver anywhere on earth (they can launch small satellites) an actual strategic threat.
A total power failure involving hundreds of transformers blowing up (that requires replacement from France, Finland or China)  would take years to recover from. Add to that occasional widespread fires from overloaded wires and the collapse of the internet as well as the ancillary effects of no power, refrigeration, or heat and this could become a very bad thing.
If this is in fact what the DPRK is doing (and we have little way of knowing)  it would be quite logical as it would give them a credible counter-value strategic capability that a few nukes, even very big ones would not provide.
Fortunately, the North Koreans have modest goals (clinging to power by the throats of their citizenry, possibly conquering the south, and killing every Japanese male on earth) . While the regime is odious, it's not like they want to return the whole planet to the 6th century...like some people.
Amongst the ranks of THOSE PEOPLE naturally are included the Iranians, who are working very closely wth the DPRK in the advancement of SCIENCE as part of their general pattern of good behavior in the wake of the nuclear deal that solved everything. One probably ought to assume assume that much of the North Korean nuclear expertise is shared by Tehran now.
Of course the notion that a nation using slave labor to put together a nuclear bomb might bollox it repeatedly should not be utterly dismissed, but the consistency of the yields and the potential payoffs, mean that this option ought to not be rejected out of hand.
more...