I hope everybody took our advice and filled up.

Saudi Arabia's Oil Production Just Cut in Half by Houthi Drone Strikes (UPDATED) Not much to add to the post title. It looks like The Houthis, have launched a coordinated drone attack and managed to blow up half of Saudi Arabia's oil production. 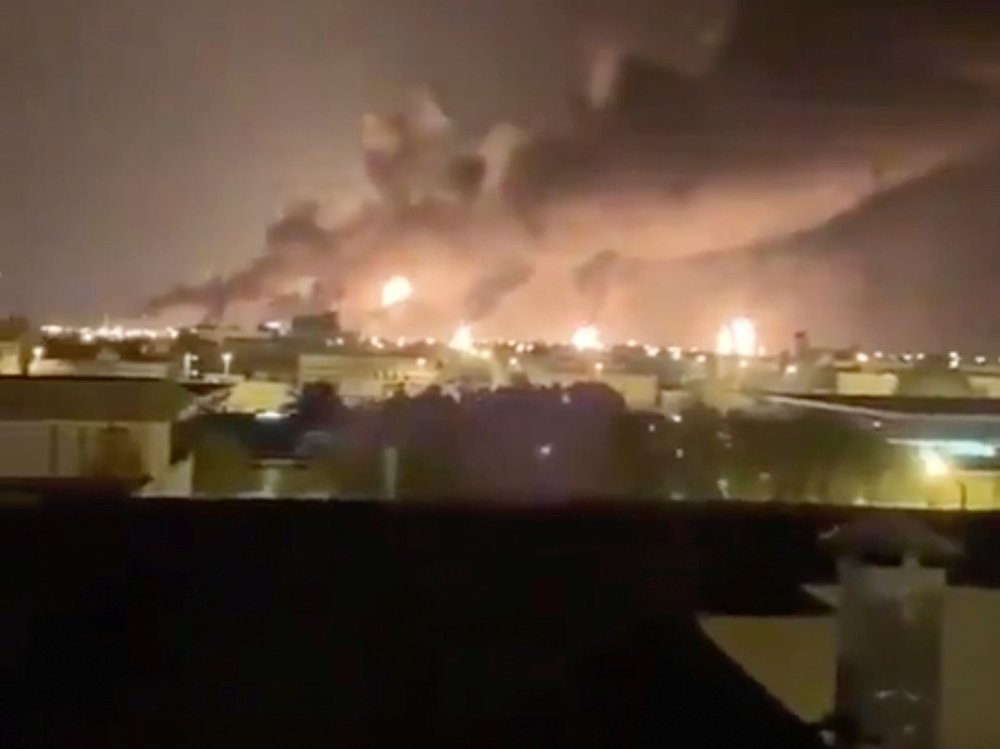 The view from Space...

UPDATE:
Via Pete, in the comments, we get this from the SecState:

Note that the Houthi rebels in Yemen claimed responsibility immediately after the attacks. However, they are Iranian proxies and not agents of the Yemeni government so the tweet may refer to afilliation rather than geography.

1 For what it's worth, Instypundito is reporting that the Saudis say that they will have their production back up to normal levels by Monday.

2 The Instapundit post made it seem far less dramatic than these pictures.  I wonder if they will be restoring production levels quickly not because the damage here is minor, but just because they have extra capacity to bring online to replace it.  Or it they were just putting out optimistic media statements.

3 Pompeo says "There is no evidence the attacks came from Yemen."

4 Yeah, it's sounding like these are Iranian drones, but not launched from Yemen.


Kids are going off to college who nothing but the world since this happened. It's as distant to them as Pearl Harbor is to us. And yet 4 years after Pearl Harbor, the issue at hand as well as the issue in Europe was resolved.

Today we continue to play whackamole against this ancient enemy that has dogged our civilization for 1300 years and there is no real end in sight. The only successes of that day, the heroic, but bittersweet ending of Flight 93 and the amazing spontaneous evacuation of lower Manhatten were decentralized actions of a free people's militia....Many today wish to strip from our society both the societal and physical toolkits that make such holistic responses possible. Meanwhile,  the kids born that year march off to colleges from which many if not most will emerge as fearsome Janissaries, primed to hate and struggle against their own as China sits on the sidelines patiently sending money to their teachers and entertainers, drugs to our children and  patiently wait as we bleed ourselves on enemies foreign and domestic.

Also Donald Trump is president...so....Yeah....'didn't really see any of this coming. I suspect others failed to foresee these developments as well. Perhaps one of many lessons we should take as we reflect upon the last dozen and a half years is just how hard predicting the future is.