Worrisome My contribution to the quickmeme of the moment. 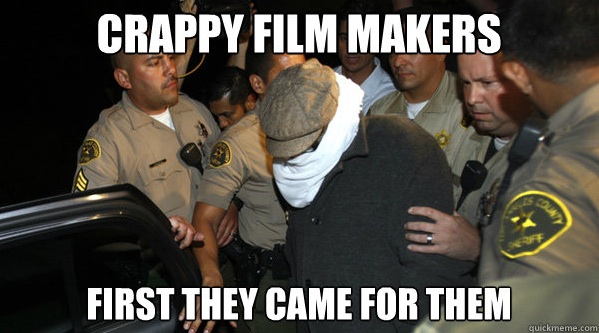 This whole thing makes me rather madder than I've been in a long time.

For those of you who don't watch the news or tend to write in a vote for Davros just to show how hip you are, here is a brief review of what's going on.

On September 11th The US Embassy in Cairo and a US Consulate in Benghazi Libya were overrun by Islamists. The Cairo staff fled to safety but the ambassador  to Libya was among 4 US personnel murdered in Libya.

Ostensibly they were protesting a preview for a low budget, poorly crafted film mocking Islam.

The film had been on Youtube for months, and just happened to go viral in the Middle East just in time to put angry Islamic rage boys out in the streets on Sept 11.  In actuality the mob seems to have been stirred up by Al-Queada or similar operatives to give cover to the attacks.

Since then the Arab world has exploded into violence directed at US, UK and German embassies. The protests concerning the film have even reached Sydney (Via Pixy, who is OK)

Fortunately for our Australian friends the Sydney police are dealing with this more forthrightly than our executive branch.

You see, Ambassador Stevens bloody handprints had not yet dried when the Cairo Embassy issued an apology for the film. They've 'memory holed it' so here it is the copypasta

The Embassy of the United States in Cairo condemns the continuing efforts by misguided individuals to hurt the religious feelings of Muslims â€“ as we condemn efforts to offend believers of all religions. Today, the 11th anniversary of the September 11, 2001 terrorist attacks on the United States, Americans are honoring our patriots and those who serve our nation as the fitting response to the enemies of democracy. Respect for religious beliefs is a cornerstone of American democracy. We firmly reject the actions by those who abuse the universal right of free speech to hurt the religious beliefs of others.

We ought'a condemn those who go on a wilding spree when somebody publishes something that offends them.

Shortly after that apology was issued, Mitt Romney, who was not my first...nor my third choice for the Republican nomination issued a tweet condemning the above press release.  Romney is being castigated for this despite the fact that Secretary Clinton issued a concurring condemnation.

There was then a huge hue and cry to shut down this mans film because it got a bunch of violent nasty troglodytes angry.

Romney has been clear that his criticism is directed at the blinkered notion that this idiotic film is an abuse of free speech and should be censored.

On the other hand, The Obama administration actually told YouTube to pull the film. Remarkably, YouTube suddenly chose this moment to develop a spine regards such matters and is refusing to pull the clip.

Now the Obama administration has hauled in the filmaker for questioning because he made a video that offended people.

This is because those people blow up things and slit throats when they are offended.

Well, that is exactly the behavior they are rewarding.

And then there is the whole troubling precedent of hauling people away and censoring art because a vocal constituency finds it offensive.

Glenn Reynolds, a constitutional law professor has an unusually long post on this that I urge you to read in full. Here's a key bit though...

Ann Althouse has thoughts, and a sobering corollary to Sturgeons Law.


"90% of everything is crud," said Theodore Sturgeon. It's Sturgeon's Law... to which I humbly offer the Althouse Corollary:

If there's a crud exception to freedom, we are only 10% free.

Ace of Spades responds to Will Saletan's idiotarianism and nails it in  a post that defies excerpting.

Through all this, Romney, who has a well deserved reputation as a political weather-vane, has been remarkably firm and consistent on this matter. He has repeatedly said that we do not apologize for our nations tradition of free speech...even if that speech is offensive. Indeed it is the offensive speech that is rather the point. He's taking a hell of a lot of flack for stating this simple truth, which is disheartening...but not as disheartening as seeing the White House and DOJ haul a uy away in the middle of the night for making a film that is considered blasphemous.

Those of you who told me that you were going to once again write in a vote for Davros because both the candidates remind you of early '30s Germany or early 20's Italy...well, I'll concede something that I would not have a short time ago.

Namely, that you are half right.

More Pointed Reflections on the 11th Than I Would Have Liked
The US Embassy in Cairo was stormed today and the black flag of Al-Quaeda was raised in the place of Old Glory. Our consulate in Benghazi has been stormed and burned with one of our personnel murdered.

That these savages did this on THIS DAY is no accident. 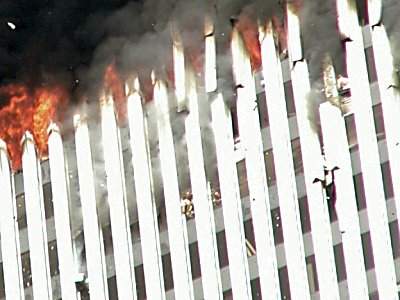 The US response has been to issue an apology for an anti Islamic video.

UPDATE 9/12:This statement now is being disavowed by the President and was strongly rebuked by Secretary of State Clinton. It seems to have preceded the Benghazi attack but that is not entirely clear as everything over there is still higgly piggly. Here it is behind a spoiler tag in case the State Department memory holes it.

The Embassy of the United States in Cairo condemns the continuing efforts by misguided individuals to hurt the religious feelings of Muslims â€“ as we condemn efforts to offend believers of all religions. Today, the 11th anniversary of the September 11, 2001 terrorist attacks on the United States, Americans are honoring our patriots and those who serve our nation as the fitting response to the enemies of democracy. Respect for religious beliefs is a cornerstone of American democracy. We firmly reject the actions by those who abuse the universal right of free speech to hurt the religious beliefs of others.

We are still at war.
Kow-Towing to our assailants is unlikely to persuade them to leave us alone.

UPDATE 2: At our embassy in Libya, 4 personnel including Ambassador Stevens were murdered. Stevens is only the 6th US Ambassador to have been murdered on duty.

With the death of our Ambassador the President has issued a much more appropriate response.

"I strongly condemn the outrageous attack on our diplomatic facility in Benghazi, which took the lives of four Americans, including Ambassador Chris Stevens,â€ Obama said. "Right now, the American people have the families of those we lost in our thoughts and prayers. They exemplified America's commitment to freedom, justice, and partnership with nations and people around the globe, and stand in stark contrast to those who callously took their lives.â€

This is still in a state of flux, but for what it's worth, as I type this Libya has issued a strong apology and condemnation of the attack on their soil and Egypt has said nothing. 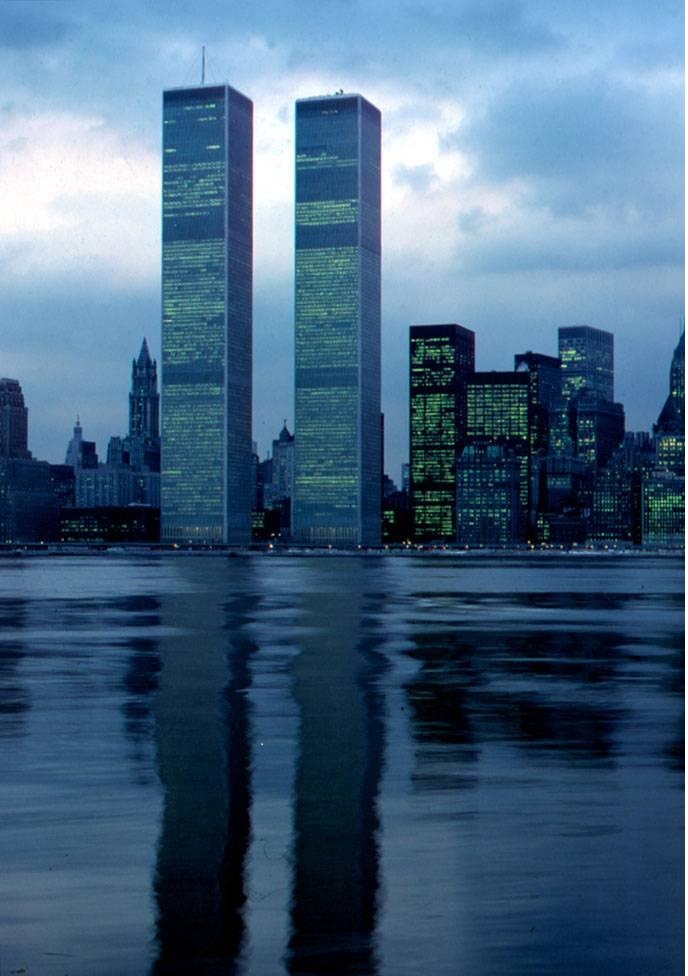