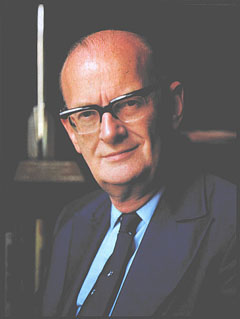 One of the giants of Sci Fi has passed.

Sir Arthur C Clarke, Royal air force officer, inventor of the communications satellite and the concept of the space elevator, undersea explorer and author has died.

Though it must be said that he led a full and long life, his is a loss dearly felt. He was a renaissance man, and a visionary the likes of which is far too rare.

Of the Three Giants of Science-Fiction, he was the one whose writing I liked the least.  Of course, on a scale of 0 (worst) to 1000 (best), with Heinlein being 1000, Harry Turtledove being ~850, and the (gazillion) authors of the Dungeons & Dragons novels being a collective 3, Clarke would have scored 998.  Something about his writing style struck me a little cold at some times, and that moves him below Asimov (999) on my scale.

But then, Rendevous At Rama and Childhood's End would be on my top 10 SF novels list, easy.  Heinlein would have three or four on the list, Asimov one or two, Turtledove one, and Niven/Pournelle the last.

A true genius, a true classic.

Dave Stevens, creator of  the Rocketeer , pin-up artist extrordinaire and all round nice guy has died.

He is well remembered here .

I did not know him, but I am aware of one particular example of his classiness.

He made some money doing pictures of Betty Paige ( he based a character in the Rocketeer on her) long after she had retired.

No one knew who she was and her image was considered to be in the public domain.

I actually played only a little Dungeons and Dragons, but I played a LOT of RPGs when I was younger. That entire niche industry was started by him.

Today, when people think of RPGs many are thinking in terms of computer games. Gygax was able to help people achieve a similar experience with pencil, paper a few dice and their imaginations.

The computer game industry actually owes him a greater debt than many know as his system was to varying degrees the inspiration for many of the most successful games out there. Indeed, the lucrative MMORPG genre was in effect "play tested" by Gygax and his players for 20 years before the tech caught up. 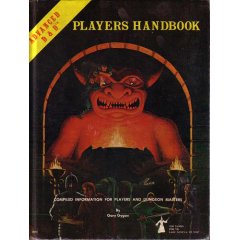 Like many of those who played his games, Gary Gygax was a self described nerd, but in the final analysis, he brought a lot of people considerable enjoyment.

...and that is a better legacy than many will ever have.

He was born into comparative poverty, which became quite acute as the Depression hit 2 years later. He was the youngest of 6 children only 5 of whom made it to adulthood. During World war 2he served as a machinist mate in the Coast Guard, operating on patrol boats out of Wilmington...and....in a bizzare twist....for a brief time on a submarine. I never got details of this oddity except that he hated it and the sub was an old World war 1 relic that had been brought out of mothballs and was in terrible shape. ( I assume it was an O or R boat). This may have been part of ASW training. I know that the Coast Guard put a few officers on subs for that reason. In any event, his stint on that vessel was brief .

After the war he worked in the family farm, built and either sold or rented out several houses and eventually became a commercial fisherman. In 1958 he took possession of the FV Tom and Jerry and ran charters...participating in every fishing tournament from 1960-2007. With my late grandfather, he was one of the first along the Moorehead NC charter boat piers to accept  African American parties in the late 1950s.

Uncle Tom was a well known fixture along the waterfront in Moorehead for a great many years.  He was recognized as an expert seaman and respected captain. He is survived by my Aunt Jerry, his sister Thelma and his three surviving brothers, two of whom are also WW2 veterans.

No few words can do justice to the tapestry of a persons life, especially one as long and complex as his. The things and the changes people his age have seen in their lifetime are almost beyond belief.

Who ever wrote this is my cousin.  You did a great job.  Only one mistake his was the oldest of six children.  All lived to have familys and full lives except Uncle Glen who dies a a young boy.