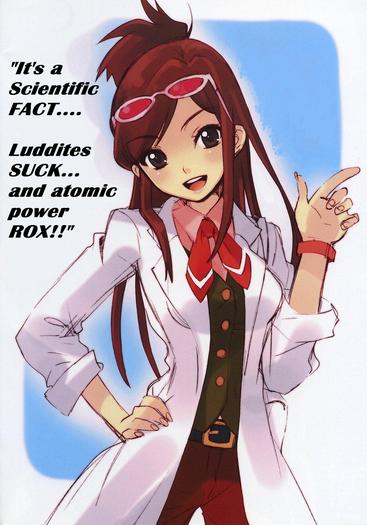 overview of several recent, not so recent and recently noted developments on the energy front.

There has been a bit of buzz regards the  recent announcement of Toshiba's "Mini Nuke". A very tiny reactor with no moving parts (aside from convectioning sodium) that has great potential for decentralizing the power grid.

Despite some confusion, this reactor seems to be different from the little reactor that was first discussed at Brickmuppet Blog in '03, namely the Toshiba 4S reactor or  "nuclear battery". This is the  reactor offered to Galena Alaska  and is now slated to be operational there by 2010 ...(a PDF  from Galena's public info office is here). The dimensions given for the mini nuke reactor are much smaller than those given for the 4S at 20 ft x 6 feet....about a third the size of the 4S....close enough to 1/3rd the height that  a metric conversion error is possible. 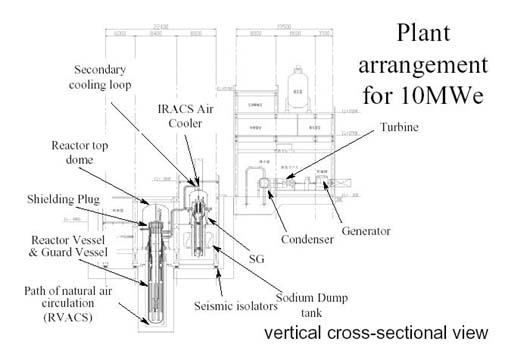 A perusal of the Toshiba nuclear website produces no info on the English site but slogging through the Japanese side produces this page on the 4S and the miracle of Babblefish indicates that the design now comes in 2 sizes 10 and 50 MW. There is no mention of the small reactor mentioned above. However, as I was posting this I found that  Brian Wang believes this is indeed a separate reactor and points to this article from 2001. If this is right (and Wang seems to be on top of this stuff) then this is a pretty big development. It also explains why the Next Energy News Article has the first operational one slated for use in Japan rather than the US. 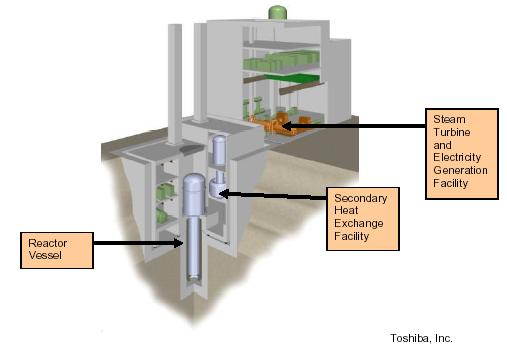 The potential for these two reactors is tremendous. It could be a boon to the developing world. Pollution free power in isolated locations with little or no infrastructure. Power that can be used for applications as diverse and vital as clean water, irrigation, refrigeration, air conditioning, communications (internet access) and everything else. The unit is sealed and the fuel is not weapons grade, so the proliferation issues are minimized.

In this country as it allows a HIGHLY decentralized (and therefore robust) energy grid. Single point failures like the 3 big northeast blackouts would be a thing of the past if little reactors were dispersed around areas more than 60 feet above sea level and not subject to explosive vulcanism...IE most of the country. These two reactors are highly efficient and would be swapped out at the end of their lives ( 40 YEARS!) and have their contents taken to other larger reactors for reprocessing and recycling.

With a plant height of only 20 feet, the smaller reactor might well have civil marine applications especially given the recent concern about merchant ship pollution (ironic since marine diesels are amongst the most efficient internal combustion engines on the planet... notwithstanding their smokey start-ups).

As Brian Wang Points out, these 2 reactors are not the only small nuclear reactors reaching the end of their development and he has a link rich post on several of these here.

There are other overviews of these smaller reactors here, here and here. Brickmuppet Blog commented briefly on one of them here .

On the big reactor front, General Atomics has a pebble-bed reactor similar to those being developed in South Africa and Japan. The General Atomics reactor is the GT MHR.

Longtime readers know that thanks in part to Kirk Sorensen's excellent website I am particularly partial to thorium reactors both because of their efficiency, low waste and the commonality of thorium. Well, there is a liquid salt reactor that runs on the sort of U233 and thorium mixture that Kirk Sorensen has long advocated the FUJI MSR. This is a molten salt reactor being developed by Fuji Electric a Russian firm and General Atomics. This reactor is complementary to the above mentioned in that it is somewhat flexible in its diet of fissionables and can actually "eat" some nuclear waste!

There is more from  here...

In the Molten Salt Reactor (MSR) the fuel is a molten mixture of lithium and beryllium fluoride salts with dissolved thorium and U-233 fluorides. The core consists of unclad graphite moderator arranged to allow the flow of salt at some 700Â°C and at low pressure. Heat is transferred to a secondary salt circuit and thence to steam. The fission products dissolve in the salt and are removed continuously in an on-line reprocessing loop and replaced with Th-232 or U-238. Actinides remain in the reactor until they fission or are converted to higher actinides which do so.

The FUJI MSR is a 100 MWe design operating as a near-breeder and being developed internationally by a Japanese, Russian and US consortium.

The attractive features of this MSR fuel cycle include: the high-level waste comprising fission products only, hence shorter-lived radioactivity; small inventory of weapons-fissile material (Pu-242 being the dominant Pu isotope); low fuel use (the French self-breeding variant claims 50kg of thorium and 50kg U-238 per billion kWh); and safety due to passive cooling up to any size.

There is a long list of papers on high temperature reactors here and spirited and lettered discussions in Kirks discussion forum here.

These developments in atomic power are really a fish or cut bait moment for the greens. Either they really believe global warming is a problem...or they don't.

This indicates that the answer is "don't". Rather, it seems, it is just a political tool for them. This is unfortunate. While we at Brickmuppet Blog don't think AGW is the most serious environmental crisis facing us , it is certainly non- trivial Even if the skeptics are right and the major reasons for the warming of the planet are natural, it is stupid to add to the issue and create other problems through pollution. We are on the cusp of being able to solve most of the problems relating from emissions...bring clean power to the developing world and raise the standard of living across the planet  over the next 20 or so years...only the hairshirt luddites are standing in the way.

More thoughts along those lines, and yet more analysis of the Galena reactor here. (via Ubu)

Alcohols have been getting a good deal of attention lately and to that end, Alan Boyle has a fine and link rich article on this here, (HT Instapundit).

That post and much discussion has been sparked in part by Bob Zubrin's new book. Zubrin advocates methanol, which is unexciting because of its very low energy density, but is easier to make and shouldn't displace food crops. It's big drawback (aside from being corrosive) is that it reduces cars to near electric ranges.  His proposal is interesting in that he wants  to mandate flexfuel vehicles.

This opens the market to competition not just amongst suppliers, but commodities.

For the reasons outlined here I think steam cars (!?) may be the best solution for this. Weather the engines are external or internal combustion, the flex-fuel idea is certainly doable and a practical way of getting around the chicken/egg problem of alternate fuels.

As to recent developments in those fuels....

Shell is building a biofuel refinery in Hawaii.

There is a pilot program in Arizona to use the CO2 from a coal plant to grow algae for oil production.

A huge new biodiesel refinery has opened in India.

High density liquid fuels are still necessary for aircraft, and have lots of advantages as far as energy density and quick refueling especially as opposed to batteries....but wait.


....On the battery front Pixy points to this article. Possibly the biggest energy story of the year.

A lithium ion battery with 10 TIMES the capacity!

This is big, from laptops to APUs to cars. If this pans out it makes electric cars practical, and makes portable battery packs for computers and other applications last 120 times as long...or gives 10 TIMES the power for processing or whatever you need to do!

In other battery news, Toshiba (remember them?) has developed a lithium ion battery that can be recharged in a minute! If the two Lithium Ion developments are in any way compatible, this could really speed up charging of electric cars!

It would also put a strain upon the energy grid which is another reason why we need to start building those dispersed little nuke plants we started out with.

You see, Nuclear power is actually the key to most of these energy independence proposals.

*That is, electric cars require power for their batteries.

*Hydrogen must be manufactured through electrolysis or other means.

*Biofuels, even if they are algael biodiesel, biodiesel from waste, or alcohols require some energy input to produce their fuel in industrial quantities.

There is no such thing as a free lunch and these technologies are no exception. These are interesting technologies, but they are energy carriers for the most part, and that energy must come from someplace. Solar, and and other fairly clean non nuclear sources have niche applications but for the power generation needs of an industrial society atomic power is really the only clean option.

Whatever path secondary power and energy carrier systems take, Atomic Power is the key to the future.

Those that oppose it are the futures enemies

Science babe is, of course,  Emma Skye, the freelance forensics expert from the Phoenix Wright Game

1 I think the key to the new reactors is if they can get some kind of equivalent to an aircraft "type class" certification, vice the unique certification each nuke goes through now. While they probably won't be enough demand for true mass production, it's still much cheaper to crank them out if they can reuse common parts and don't need to do a major design justificiation each time.