Damn Gas Prices....  One of the Brickmuppets' Crack team of Science Babes returns briefly from the beach to review a few things regards that thing that's on everyones mind right now.... GASOLINE ALTERNATIVES. 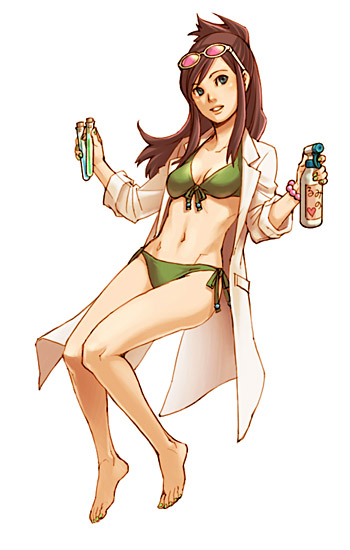 There is a lot of talk regards Robert Zubrin's plan.
Zubrin is a talented engineer and has an amazing out of the box imagination. His plan is laid out here and there is a typically literate discussion of it going on at Jerry Pournelle's place here.

One big quibble I have is that Zubrin seems dismissive of fears that corn to ethanol processes will lead to food shortages, and indeed it is likely that a lot of the current spike in domestic food prices is due to petrol induced transportation costs.
However, both directly and indirectly, burning food will raise its cost and scarcity. (It's Science!)
Zubrins plan is interesting in other ways. While he is a biofuel advocate, his focus is on methanol. Methanol has a few disadvantages...
It's got poor energy density and it is corrosive, (eating aluminum and rubber) thus it requires  specially designed engines. It is also toxic but given that gasoline is not exactly FDA approved either this at least seems to be a silly gripe. Methanol (like Ethanol) is unsuitable for diesel engines and is generally used in otto cycle engines which exacerbate its poor energy density...One can go ~ half as far on a tank of methanol...assuming you don't have an aluminum engine block in which ones trip is shorter still.

(Much is occasionally made of the fact that Methanol can be refined (via dehydration) into dimethyl  ether which is a diesel fuel with a substantially higher cetane rating which gives it even better energy density in a compression engine than regular diesel. This is actually a superb diesel and jet fuel with spectacular energy density per volume...rather too much in fact as, unlike other such fuels it is highly  flammable, making it a safety hazard for ships and jets.It also is a gas at normal temperatures and pressures which nullifies  its energy density advantage and imposes handling problems. Thus I am very skeptical that CH3OCH3 is the answer to our fuel needs.)

Note though that methanol has the very large advantage that it can be made from most types of trash as well as the inedible portions of crops....in fact it can be made  from virtually any bio-organic matter.

(This is an good place to remind people that non-edible portions of crops are not technically trash, they are normally recycled into the soil as fertilizer, so alternate fertilization methods are necessary...this is not insurmountable of course, but it is a nontrivial concern)

Methanol is, despite its disadvantages, a vastly better idea than corn based ethanol which is ranked by efficiency on this chart that will...er...spoil the lunch of ethanol fanatics. note that of all biofuels listed, corn ethanol has the absolute WORST yield of any listed crop...naturally it is the one congress is pursuing with the utmost vigor.

Zubrins other big proposal is to mandate flex fuel vehicles.
This is a very sensible idea and would mean that any car sold in the US would have to be capable of running on a wide variety of fuels including corrosive ones like methanol. This would allow consumers to buy whatever fuel was cheaper (perhaps seasonally) and solve a lot of the chicken/egg problem with alternative fuels....namely that people won't buy an alternate fuel car if they cant get fuel for it...and gas stations wont install methanol or other alternate fuel pumps if there are no cars to sell the fuel to. The downside to flexfuel vehicles is a slight reduction in efficiency since tolerances are necessarily lower. Also it has been pretty much accepted by now that it is challenging to say the least for any flexfuel otto engine to be made that will run on kerosenes like diesel fuel.

Ignoring, for now,  the potential represented by steam cars, this is bothersome because not only is the diesel cycle extremely efficient but the kerosenes and vegetable oils they have historically run on have very high energy densities.


Now two companies, Scania and Transonic Combustion have gone at this intractable problem  from the opposite direction and produced diesels that will run on alcohols...and unmodified on regular diesel...and on biodiesel! The Transonic development is rather closely guarded at the moment, but there is a bit of info here. Also, there is a good write-up on the Scania design (which is already commercially available)over at Green Car Congress.

Not only that...biodiesel, particularly from algae is an exceedingly promising fuel that need not interfere with crop production in any way. Brickmuppet Blog has ranted on this from time to time but there have recently been a  promising  development or two in this area.

Algael oil is 50 times as productive as the best non-algael  biofuel crops. There are hurdles to be sure, but certain species of algae produce oil as a energy storage medium and it requires very little refining to be used as fuel. The algae needs water, light, fertilizer and a sealed environment to keep competing , less "oily" breeds of algae, out, but its tanks need not be associated with farmland in any way, thus no food crop displacement. With artificial lighting (and assuming a way to mitigate the kerosene smell) the algael farms and pressing/refining rigs can be located in industrial parks or even cities. It is the only crop that can potentially replace petroleum in cars without turning the entire planet into farmland.

There is a very comprehensive overview of Algeal Oil theory here.

Note that with flexfuel vehicles, one need not worry about the need to replace ALL of the oil we consume. A mixture of algael oil, alcohols from trash and even our own domestic oil production would render us energy independent. The competition between the three would likely drive down prices over time as well.

Of course there is no such thing as a free lunch. None of the biofuel proposals will work without electrical input of some sort, either to facilitate fermentation or provide light, ventilation or just press the algae. Thus an external power source is needed. If one is serious about biofuels one is going to need to increase power generation capacity as our grid is already under strain.

If one is serious about biofuels one is likely enthusiastic about reducing pollution. Thus one is going to have to look at relatively non polluting sources of said power.

If one is not living in a fantasy land one needs to dismiss SOLAR and wind except for certain regional/ niche applications...our hydro is about at capacity and geothermal is useful in limited areas.

Thus if one is serious about biofuels one is going to be foursquare for  a crash program to increase our nuclear power infrastructure.

Ultimately, when it comes to alternattive energy, nuclear is the only alternative.

Nuclear is the future.

A rant from last year on THAT topic is here.

Today's 'Science Babe' is actually Emma Sky from the Phoenix Wright games. I believe it is  official artwork despite her summer attire.