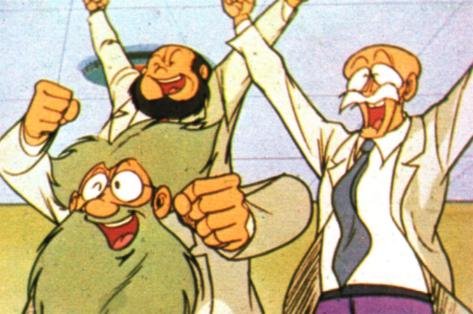 Oil production from algae is highly promising for several reasons but gets not nearly the attention of other biofuel processes, in large part because it is incompatible with current farming methods. The Iowa corn Mafia is not going to plant algae next year.

In my admittedly undergraduate opinion, this would seem to be  a feature rather than a bug. Algae will inherently not displace food production, nor will it use up "waste" portions of crops that are normally recycled into the soil, preserving soil quality.

For some years I've been a member of a Yahoo group dedicated to this sort of thing....which from watching the news one would think is about the level of support its been getting worldwide. However there are several companies actively pursuing this as can be seen at this biodiesel wiki.


Algae can in theory, be grown off of sewage and in generally un-suitable areas for other crops. Algae has a high oil content....in some species over 50% making refining rather straightforward. Algae grows fast multiple crops can be pulled in in months, but the mechanics of how to avoid diminishing returns require fairly complex geometries in the incubators that are still being learned. Few companies have approached theoretical levels of oil production but the potential is rather stunning.

Compared to other biofuel crops (excepting, curiously, sugarcane)
Wow!
Chart is shamelessly stolen from here where one Thomas F. Reising (PhD) reports on some successes by a company called Green Fuel Technologies and at the National Renewable Energy Laboratory. He estimates that biodiesel produced from 15,000 square miles (a drop in the bucket given the CONUS land area of over 3 million square miles) could produce all  the fuel for our transportation needs. Note that efficiencies actually can be higher than this as it seems to be assuming ponds as opposed to the more efficient "watertube greenhouses" most of the focus is now on ....often as side units to various manufacturing operations eating the CO2 emissions. More on Green Fuel Technologies can be found here.

Between this and small scale (backyard) operations the potential for a highly robust, distributed, renewable energy source fairly resistant to monopolistic tendencies is really interesting.

A rather less sanguine take can be found in this Popular Science article, but at least some of the issues raised here seem to have been dealt with by other companies/ universities as related above.

The Wikipedia page on Algaculture, while fairly cursory is here.
Many hours of time can be wasted perusing this facinating  Oil From algae Wiki..

One note:
Those numbers listed are concerned with oil production not total energy usage. The assumption is that power is added from somewhere to refine the oil.

Now algae is very easy to refine to oil, but it still must be refined and refining takes energy. Ignoring the solar energy the algae used to grow itself, Algael oil is one of the very few biofuels that can really fuel itself. It is very efficient. But to achieve its potential the power for the refining must come from elsewhere.

The highest density, least polluting energy source we have is nuclear...(I'm partial to thorium cycle reactors myself)

Again, there is no free lunch.  We are (again )confronted with the simple fact that those who oppose nuclear power are not serious about the environment.

Oh...and one more thing....scarcely worth mentioning....
Regards the relative potential yield of various biofuels...take a look below the fold to grasp just what a boondoggle the corn to ethanol initiatives are......
more...

1 From what I've seen of the algeal farm plans, the capital equipment budget must be sky-high.  I mean, it sounds worse than forced-growth greenhouse fruit production, which doesn't have to deal with all of those closed-system aquaculture headaches.  Are the tradeoff of land costs & fertilizer/chemical usage & potential yields really steep enough to make up for all of those sunk construction & equipment costs & maintenance headaches?

2  A lot of those plans you're talking about are pretty pie in the sky. Many are aimed at getting Government fundage.

This may be what you're talking about and there are lots of others out there:

You need CO2+Water+Food+Light and a strainer. The geometries of it can get complex but much of what is being seriously looked at as opposed to the "farm of tomorrow" concept art is fairly low key.

There are some hurdles to be sure, but the potential seems big.

4 That second image is clipped such that I can't figure out which image at that site you're pointing towards.  As I understand the basic algeal farm problem, you need to keep the system closed to avoid contamination by more efficient strains of algae - the strains that *don't* waste enormous chunks of energy secreting the unnecessary oils you're gunning for in the first place.  That requires "farm of tomorrow" greenhousing of some sort to keep the system sealed, if you don't want your algae crops constantly crashing due to the algae equivalent of weeds.  That means closed-system aquaculture, Closed-system aquaculture is *hard* - messy, maintenance-intensive, etc.

BTW, that algaeculture wiki notes that people have pretty much given up on using open-pond aquaculture for oil algae, for much the same reasons I laid out - low-oil algaes have an overwhelming competitive advantage in open-pond conditions.

5 the strains that *don't* waste enormous chunks of energy secreting the unnecessary oils you're gunning for in the first place. That requires "farm of tomorrow" greenhousing of some sort to keep the system sealed, if you don't want your algae crops constantly crashing due to the algae equivalent of weeds. That means closed-system aquaculture, Closed-system aquaculture is *hard* - messy, maintenance-intensive, etc.
Yes, but there are degrees.

Hydroponic systems are aggravating but eminently doable. There seem to be no hurdles other than technique. The smaller scale systems like the one in the second photo (which, BTW was just a quick Google image search) are being looked at as feeding off industrial exhaust and add-ons to existing infrastructure.

If the payoff becomes really big, then huge FOT projects will likely come to pass over time, but small scale demonstrators are best while industry is still learning the ropes.

This is not a sure thing, but it seems very promising to me. 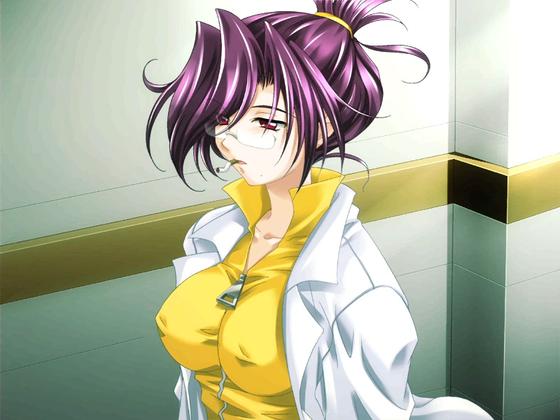 One of the Brickmuppet's crack team of science babes storms out of lab 4 and right off the smoke free wagon....Why so glum you ask?

Well, according to James Fraser's blog , the senate has nixed Senastor Pete Dominici's National Renewable energy portfolio, which would have increased nuclear power and clean coal, in addition to wind, solar, tidal, geothermal and biomass....

Fraser seems fairly sanguine about this but the "Clean Coal" tech, despite its oxymoronic name, is quite valuable in that it sets prizes and research grants for  developing exhaust scrubbers and CO2 sequestration techniques that are vital for coal burning even if we suddenly got no electricity from coal. ( coal is  a vital feedstock for several processes....including steel production) . The nuclear option is the only long term effective solution to our energy needs, and it can make some of the marginal biofuel processes viable or vastly more productive. The other initiatives that weren't nixed all have some potential in limited geographical areas, but aside from wind and, possibly, geothermal have fairly serious environmental impacts of their own, and are simply feel good ticket punching for greens...right up until said greens sue to keep them from being built. A few might be developed into nontrivial energy sources, particularly for small scale applications, but the aggregate of all of the favored technologies will make a very small dent in our total energy needs.


By nixing nuclear power, this congress has proven that energy policy, the environment and pollution are not serious considerations to them.