Look!...a Particularly Cunning Energy Plan T. Boone Pickens has an Energy Plan that is getting a lot of attention.

One of the Brickmuppets crack team of science babes crunches the numbers and comes up with some pertinent suggestions. 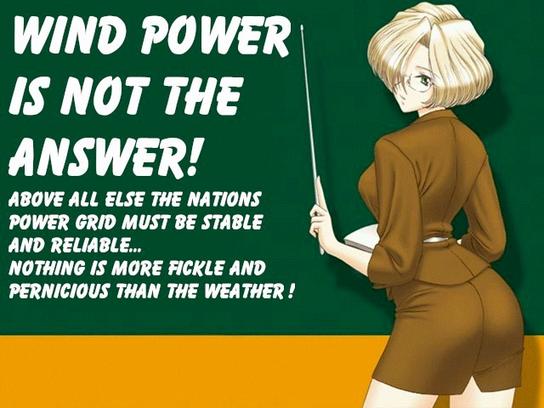 There is little to add really.

The Pickens plan involves filling the windiest parts of the west all the way from from the Canadian border to the Rio Grande with windmills over a 10 year period.

Back to the weather problems...the area is very windy on average but that is just an average...atmospheric high pressure systems which can cover vast areas tend to stop the wind....How vast an area? 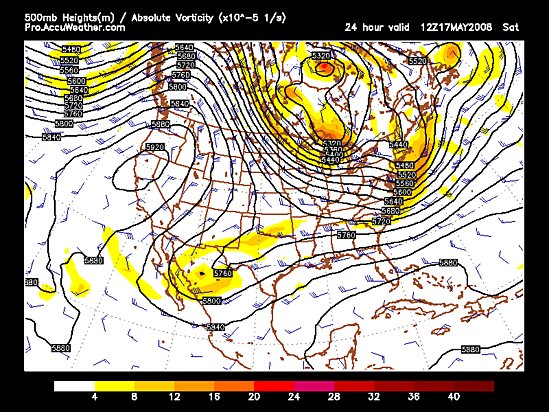 The two low wind high pressure systems on this map could stretch from ...oh...say...the Canadian boarder to the Rio Grande!

Note that high pressure systems are also associated with heat waves and cold snaps, so the wind would not be available during weather conditions that would boost demand.
Wind is inherently problematic in this regard...
This does not get into incidents where the wind blows too fast and damages the mechanism....not unheard of in this area where powerful line squalls account in part for the high AVERAGE wind velocity.

Besides the fickleness of wind there are other problems:

The areas involved are quite far from most places the power is needed. Power loss through the resistance of power lines is going to take a huge toll.

Windmills have moving parts and dynamos that require a fair bit of maintenance and this is multiplied in this plan by the thousands...in remote areas.

Freeing up natural gas for vehicles is illusory...for one thing we actually have to import some of our natural gas supplies and few cars in the us can run off NG. Its energy density sucks too...it is little better than electric with regard to range.

The money and the 10 years would be far better spent  doing mass producing Generation-4 reactors.....its doable...we know this because it is BEING DONE!( just not here)

This plan is a monumental waste of time and energy. Like the corn based ethanol boondoggle this proposal smells. It makes no economic sense whatsoever unless one takes into account the subsidies offered for wind power by congress. Charles Barton has the scoop here in the transcript of a remarkably candid interview with Pickens who admits that not only is he not going to pursue the proposal without subsidies, not only is it not going to produce constant power, but he is going to see to it that none of the windmills are built on his land!

This is, like, the ethanol from corn boondoggle, little more than a way to siphon off taxpayers money. Unlike that fiasco...it is less than likely that there is any good faith mistake here. 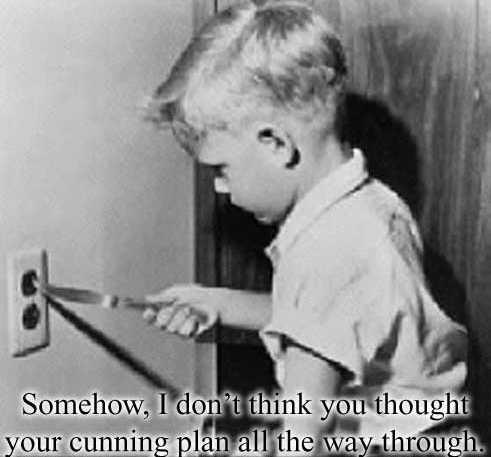 A Brickmuppet Blog post on nukes in general from last year can be found here.

'Science babe' is Maria from Sakura Wars....out of character and out of costume.