If Any Stray Sled Dogs Are Found In the Vicinity BURN 'EM!


A TEAM of Russian scientists has mysteriously lost contact with colleagues in the U.S. as they drill into a lake buried beneath the Antarctic ice for 20 million years.

Keep in mind that while this could have been a mishap it's actually more likely that simply a communication glitch, as an accident would be unlikely to take out all 6 team members. None of the news stories seem to be taking it TOO seriously as I haven't seen one that failed to mention THE THING.

Of course it's also possible that they found something really distracting. 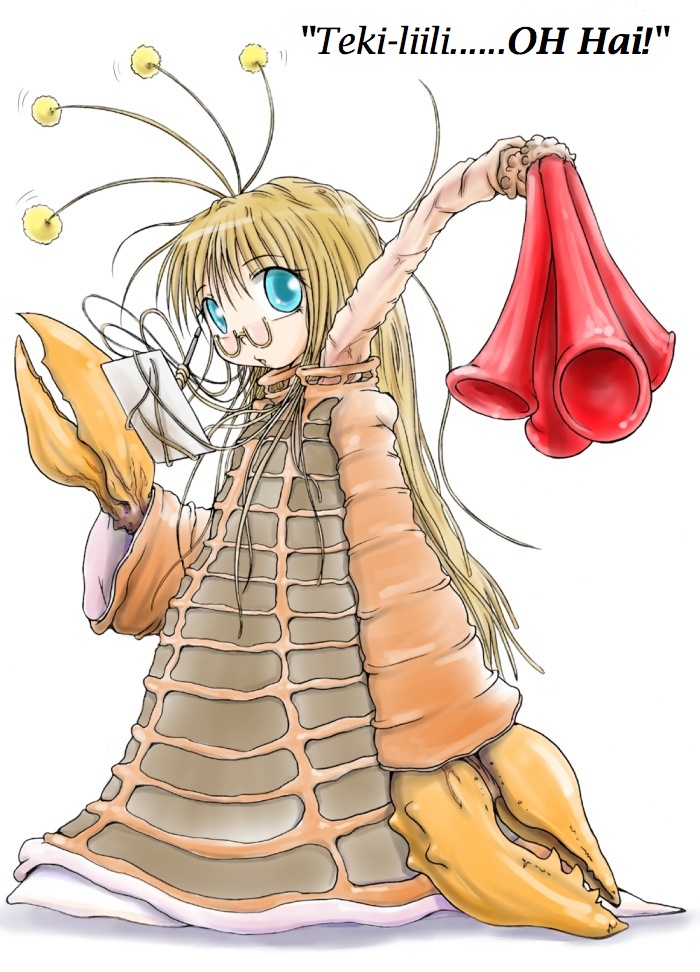 3 Ah, something that belongs in the Moe-Moe Cthulu Encyclopedia Moe-Moe Cthulhu Mythos Encyclopedia! The Amazon preview doesn't include my favorite; I'll have to scan in the Shoggoth sometime.
Perhaps those Russians are now starring in the Living with Monster Girls comics Living with Monster Girls ... (and I hadn't known until just now that they're being turned into games)
-j

4 I added NSFW tags at no extra charge.

5 How did you do that? I didn't think we had the ability to edit comments.

6 We don't.
I copied and pasted it into the next comment along with his signature, added the tags then deleted the original. It defaulted back to #3 just like if a spam had been deleted. This is clumsy and runs the risk of people comment on the comment one deletes before one reposts it.

I didn't want to delete his comment but the links went to pages that would cause some  of my readers nosehairs to curl which would no doubt precipitate a fit of sneezing which could conceivably cause a lamp to get knocked over, thereby starting a fire which, if the reader is in an apartment complex could kill lots of innocents and precipitate a gas explosion thereby raining debris onto a nearby interstate thus causing a multi-car pile up that could conceivably include a truck carrying numerous prototype kill bots that due to damage to their programing might slaughter thousands and then make their way to the CDC  in Atlanta where they no doubt would unleash smallpox, marburg, Spanish influenza and airborne Ebola, starting a worldwide series of terrible pandemics killing millions and destroying civilization and ushering in a new Hobbesian dark age for the few scattered survivors.

...and I just didn't want to have to deal with that.

7 Had I known that I was going to destroy civilization, I'd have added some creepy overspecialized Tumblr-porn links just to finish the survivors off in style.

8 I saw a picture recently, that I wish I could find again.

It was purportedly of the Lake Vostok drilling site, and prominently featured a large red transporter or crane or something with the words "Natural Environment Research Council" (a UK group that seems to be involved in the project) stenciled in white.

Only, somebody had 'shopped the last word into "Venture", instead.

9 BigD, eath_C0015_wings-of-light.jpg">this was pretty much what I though of when the news broke that they lost contact with the team.

10 The hell? I swear that worked when I previewed it.

You have to use BBCode. It looks like this:

12 However, don't do it. Deep linking a picture from someone else's server is rude.

13 That's the weird part, I was trying to link to the image, not display it (which is rude not only to the host, but often screws with the formatting in the comments too).

The easiest way to do that is to just drop the URL inline:

The code here will automatically change it into a link.