Catastrophe After some flickering, we have power back here, but in NYC, It's as bad as was feared.

As I type this power is out in Manhattan, the subways are flooding and the storm is not half over. AOL reports at least 13 people are dead.

This security cam pic is making the rounds, purporting to be of one of the Tunnels. 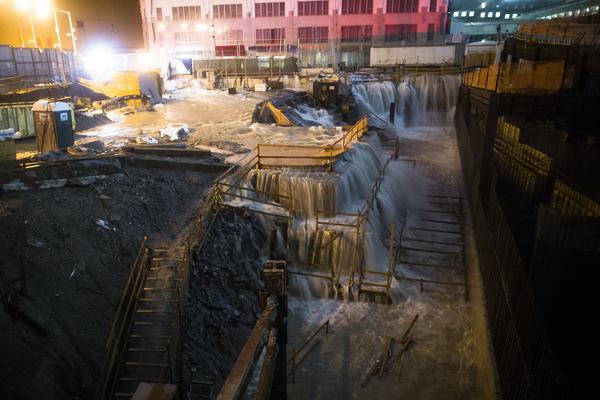 Via Hot Air,  walls are being ripped off buildings..

No power and 3 feet of water in the streets... 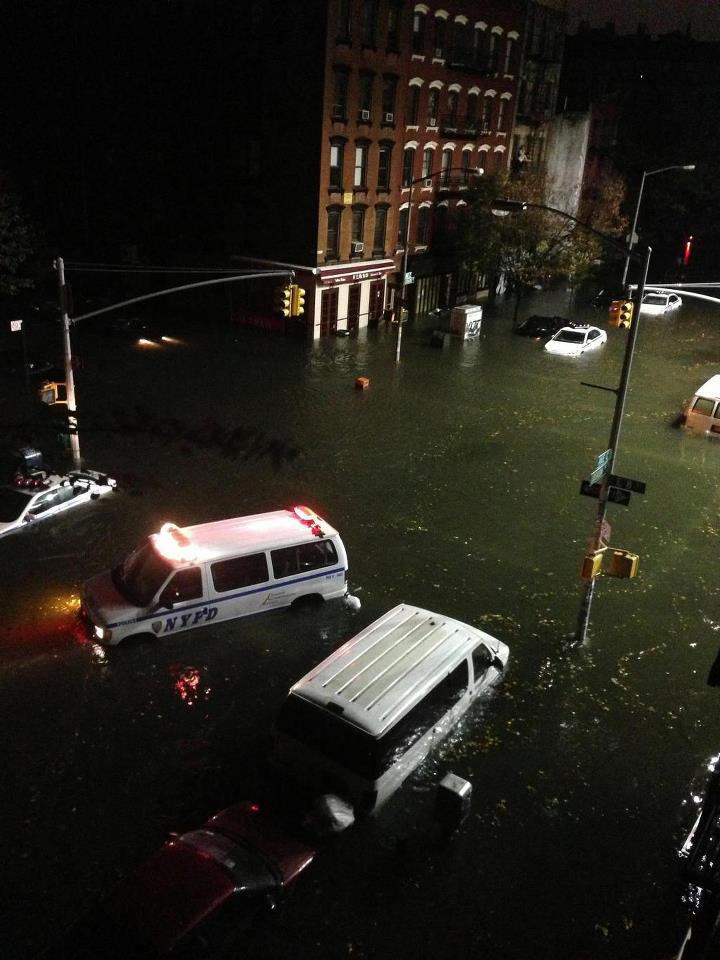 Weather Nerd posted this pic of the situation in Brooklyn: 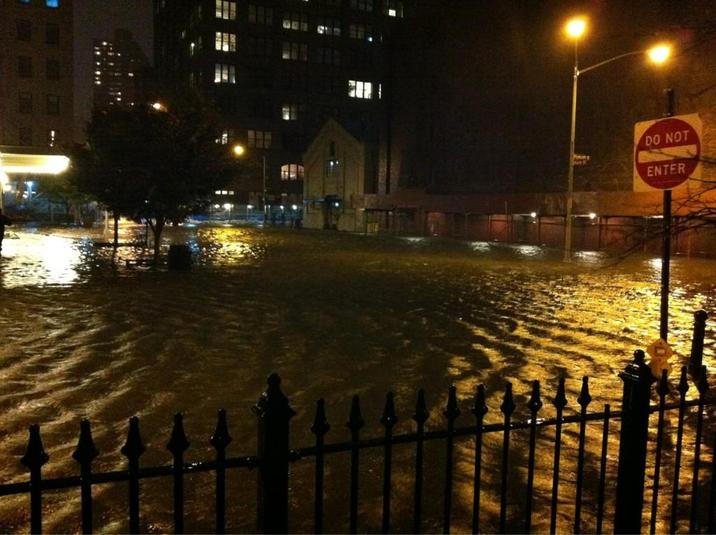 UPDATE: and to the South, the Graveyard of the Atlantic claimed another ship and two of her crew. 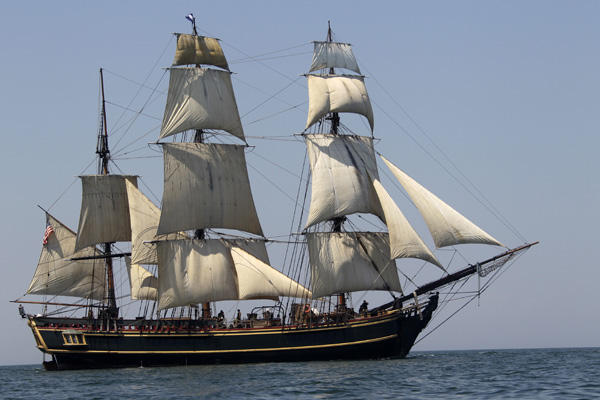 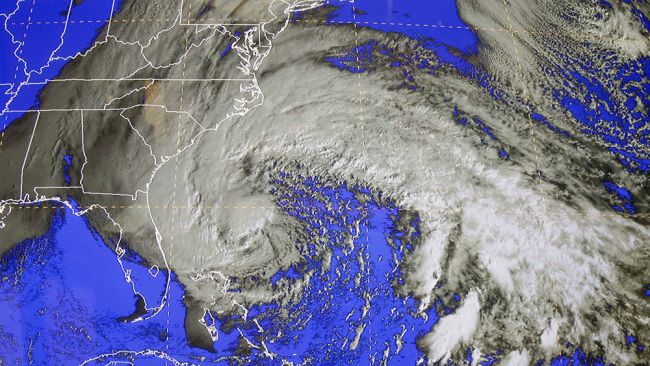 It started raining gently around noon....in the bathroom.

Turns out the turbine vent was not sealed properly when the house was re-roofed last month. We've also lost some shingles. Much scampering was done, on a roof in high winds. My 70 year old dad refused to stay off the roof.  In any event thanks to a tarp, a trash bag and a hose clamp the precipitation in the bathroom has ceased.

Two feet of water standing in back yard, and our street is impassible to the west.  It took me twice as long as usual to get to work this morning due to detours due to flooding and horizontal trees.  Winds here are expected to pick up dramatically tonight  and return to tropical storm force for 16-20 hours. We're in that odd position of having had the storm pass us ....yet its getting closer.

Keep in mind we here in Virginia have only been and only will be grazed by this storm, In comparison New Jersey, PA and NYC (and possibly the Appalachians)  are going to get CLOBBERED tonight and tomorrow. I sincerely hope no one else is hurt...but I also hope James Woolcott gets very very wet.

1 Keep your head down and watch for falling trees!

2 For some reason I can add a comment to this posting, but not to your most recent one.  Perhaps the newest post was water-damaged by the hurricane...

3 It was a PEBKAC error but Pixy fixed it anyway, because he is awesome!

4 Not really PEBKAC, more of a corner case that should be handled better by the system.

5 Musta been because you spelled "catastrophe" wrong, eh?

6 Well, THAT was embarrassing.

UNEXPECTEDLY.... ....Oregon is in the crosshairs. It looks like Steven's smugness has jinxed Oregon and doomed us all.

In all seriousness, this really does have the potential to be a first class calamity.

This thing is a queer storm to begin with because it is so damned big, tropical storm force winds extend over 200 miles from its eyewall as I type this.

The big worry is up north. If, as expected, it turns into a hybrid nor'easter and then hits a cold front it will develop along very similar lines to the great 1888 blizzard. Its current track looks to bring utter disaster to central PA, but if it hits just south of New York it will push a maximum amount of surge into the Hudson.

Thus the nightmare 'hurricane hits NYC just right' scenario is still a possibility. The surge from this storm is likely to be much greater than a normal storm of its wind speed due to its great size and in any event these "Frankenstorms" are fiendishly difficult to predict (very few have happened).

Down here in Virginia, a 50 mile difference in the things track east tor west will make the difference between a rainy windy day and actual excitement.

For my part the generator is tested and I'll be getting additional water and petrol on the way home from school. While I don't expect a great deal of major damage around here except, perhaps,  at the oceanfront, I do expect to loose power and web access, possibly for several days.

1 I live much further inland than you in VA, but updated storm tracks keep drifting west, so even I'm starting to be concerned.  Stay safe out there!