Customer Service A recent filler post generated more comments than any other in the history of this blog. While I do not, in general, subscribe to the creative fallacy that is "chasing the hit"; filler posts are generally compensation for a lack of regular content. Thus, it seems prudent and polite to take stock of what is generating reader interest.
After careful analysis of both the content of the much discussed post and its comments to determine the precise focus of my reader's interest,  I have tentatively ruled out the Moon Pies.
With that in mind, here, gentle reader, is another short girl with an atypical body type who is sporting a ribbon... 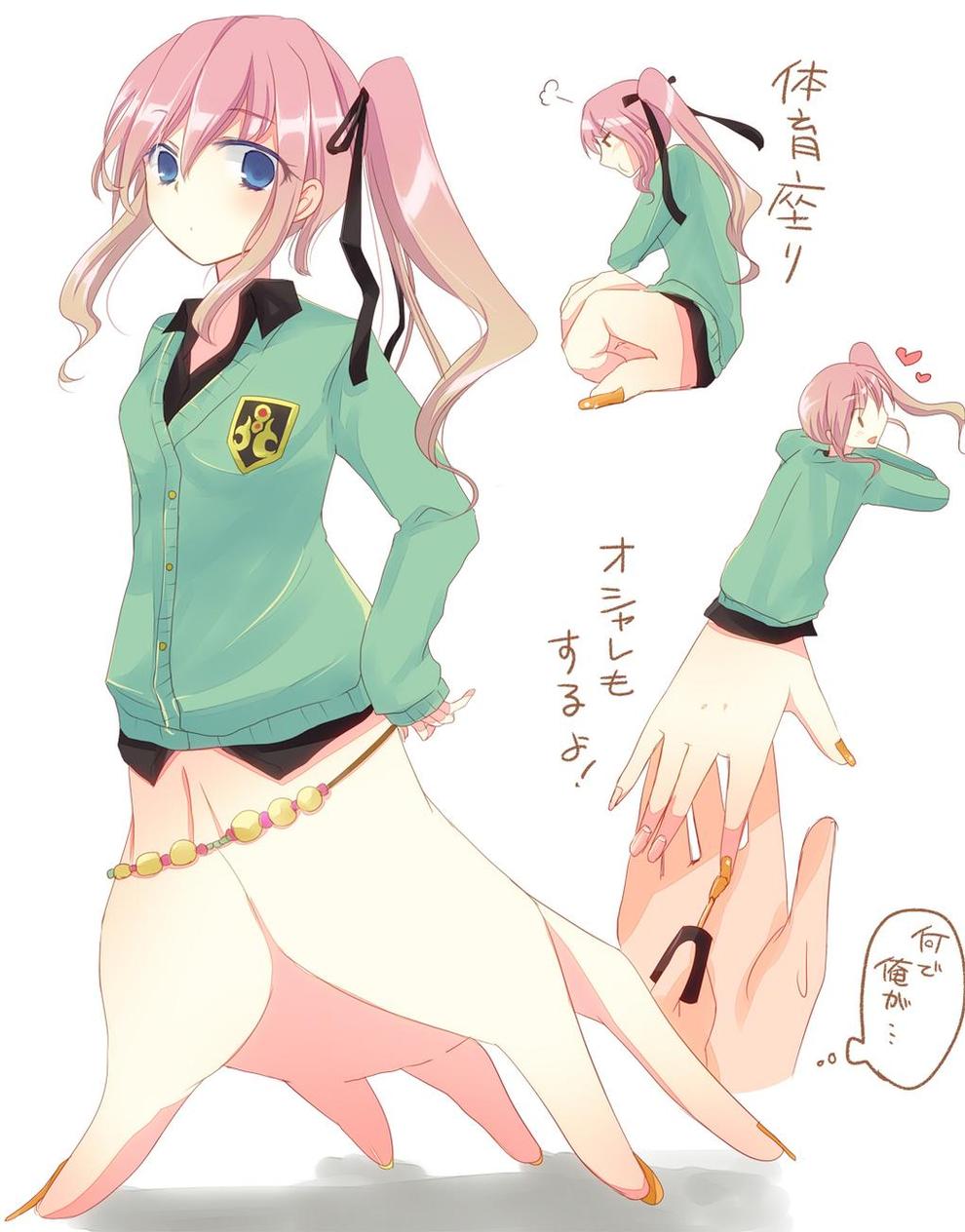 1 The hand in the lower right corner with the fingernail polish brush has two thumbs.

2 It's two hands, However, they seem to both be right hands.  One is palm up underneath the body-hand, the second is holding the nail brush and painting the nails.

Remember all the times I was cursing at some job and said, "I wish I had a third hand!"? I take it back!

4 I think the hand holding the....whatever the nail painting tool is... called is simply turned over to get fine control.