When I arrived in Omiya the other day I noted that I was not far from Washinomya...less than 40minutes by train and I decided to pop in and see if the Lucky Star stuff was still in evidence.

To my surprise, this was in the station...(It had not been on my previous visit) so my initial impression was yes... 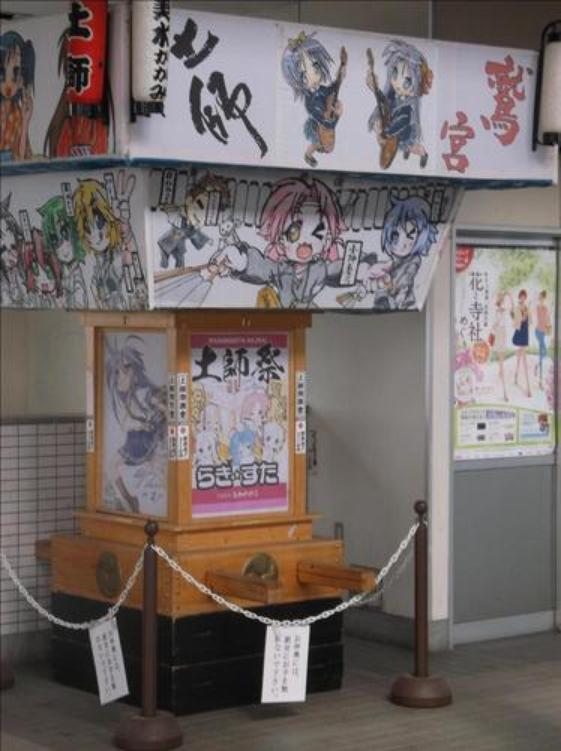 It's somewhat more subdued, only half the prayer tree has the Otakufied prayer boards and the big Konata flag outside the restaurant is gone, but it still seems to be an active and ongoing thing that has somewhat diversified. The two Hiragi sisters are now the official town mascots.

The normal side of the prayer tree. 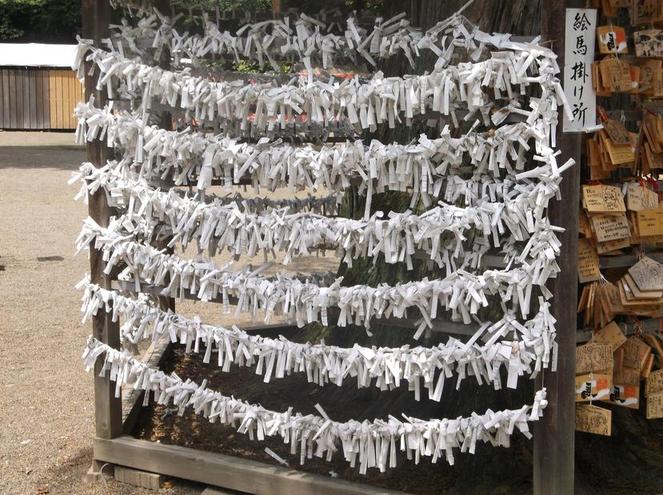 Here is a short shakey-cam video that gives some idea of the scale of the place.


The centuries old resturaunt interior is now less anime related but it does have autographs of the seiyu on the walls. It also has added a few chairs to cope with the increasing number of western visitors. It continues to serve traditional Japanese food for a surprisingly good price.


But now it's called the Hiragi twins shrimp tempura...650 yen.


Actually the Washinomiya Shrine restaurant was about the best lunch I've had here thus far, and was a good part of the reason I went back. (I haven't even visited Akihabara yet this trip)

1 I wonder if all the Anime boards are from a school trip to the shrine or something like that?