In Japan the Gideons are...Different
In a Hotel in Nagasaki 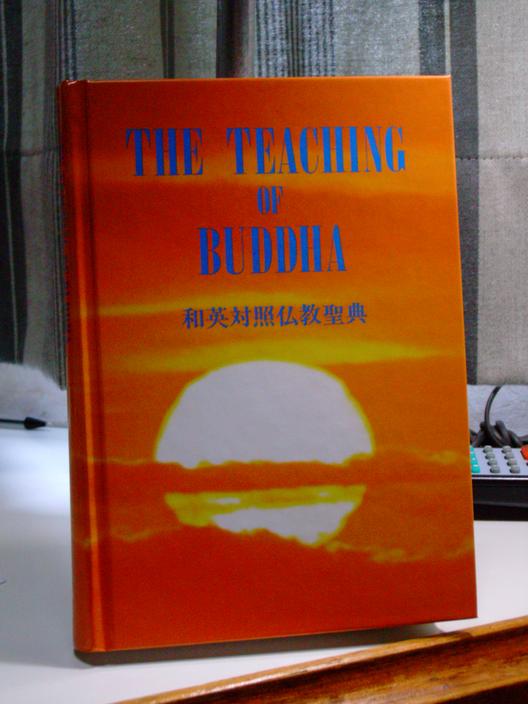 1 I have an identical copy of that first book from a motel in Vegas. Odd thing to find in a motel drawer in SinCity, but they kept the un-used lonely Bibles entertained. 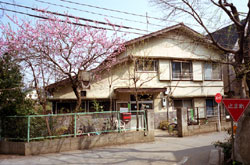 accommodation arrangements were FUBAR'd due to an apparent oxidation mishap. I took no pictures of the grave of Casa Nova on that rainy night but I snapped this one 22 days later...
this old promo photo was taken from almost the same angle as the one below it. 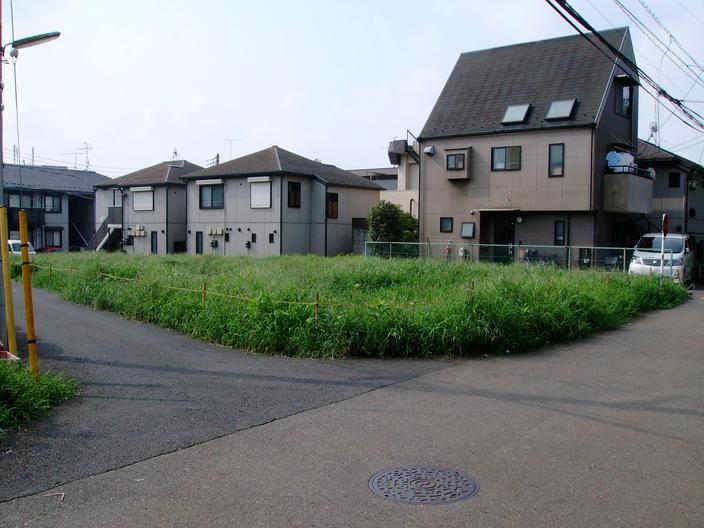 The Tokyo boarding house I found was rough around the edges, but it was a surprise expense that fit within my budget. Green House cost about 500 dollars for a month. with a roughly 250 dollar deposit for utilities. It is less than a click from the train station and is only two stops on the express ( 9 minutes) from the big station in Ikebukaro. 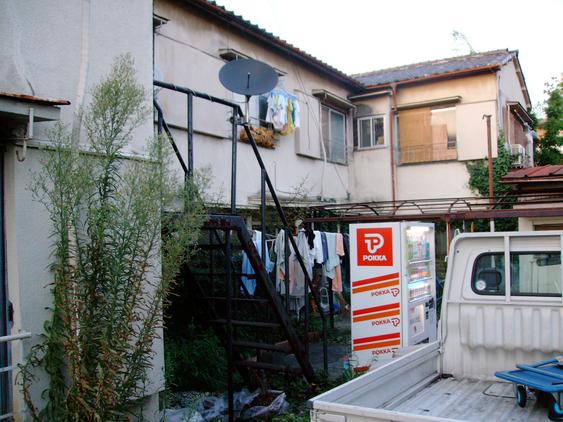 The building known as Green House is old and was initially quite off-putting but the place is very casual, reasonably watertight and had,  at the time I was there, 18 other occupied rooms (out of 19), about a third of which were families as large as 5. This was really interesting to watch and I was able to interact with some of the tenants from time to time. 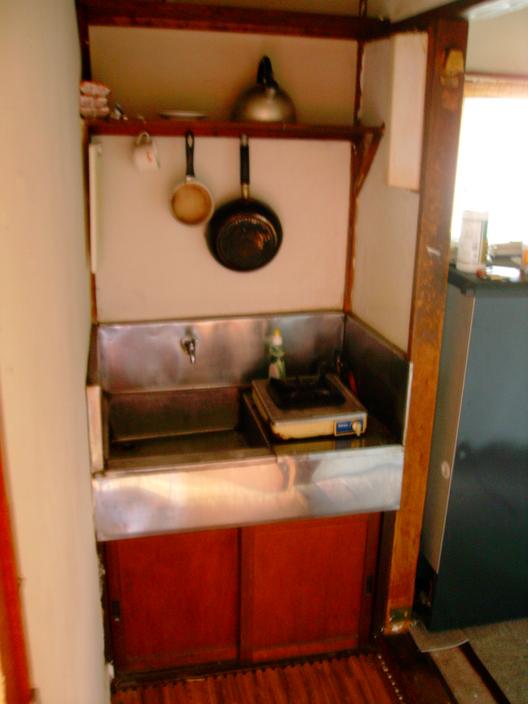 The rooms are in fact rooms, single rooms, but they come with a kitchenette which is a step above the late, lamented Casa Nova. On the debit side the place was in materially worse condition than the other place had been in August of '07. 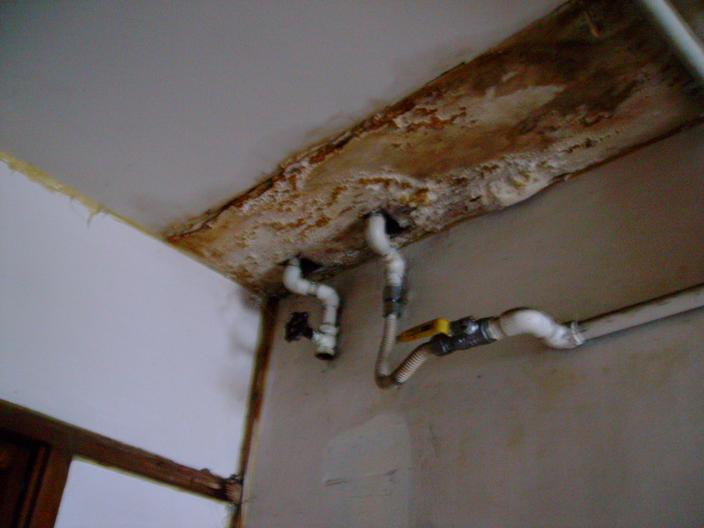 On the bonus side it was in vastly better condition than that apartment was in August of '08. 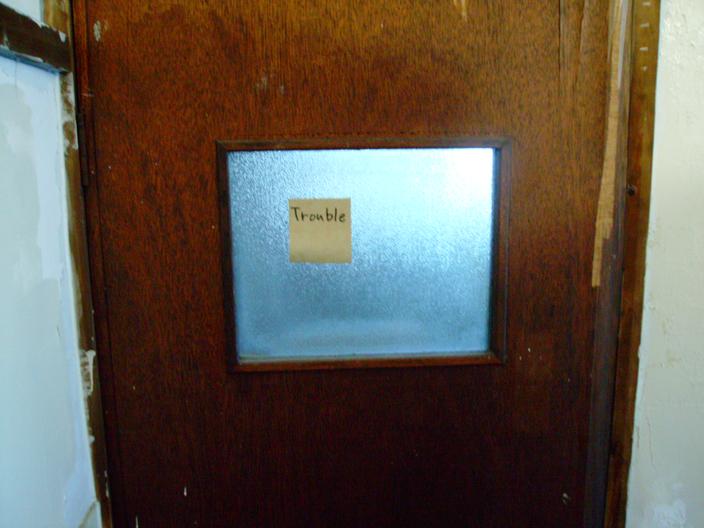 The postit note speaks the truth...take my word for it. 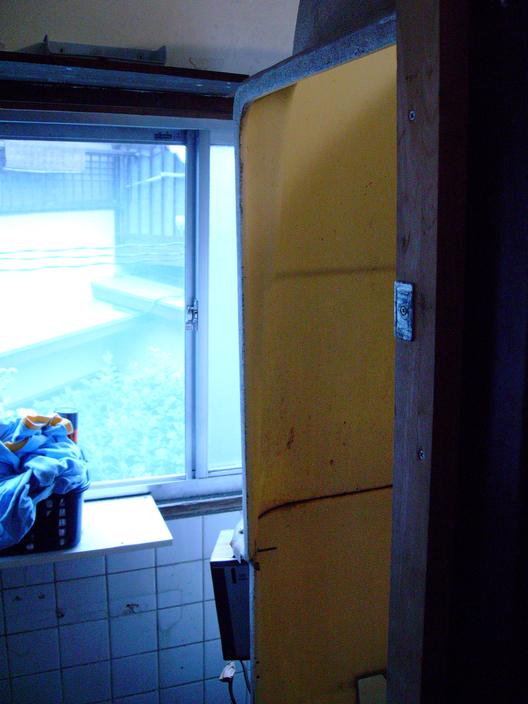 The coin operated showers were nearly a foot shorter than me on the inside.
I quickly learned that in Japan the most valuable thing on earth is a 100 yen coin. This shower, phones, laundromats, some vending machines and even one automat would take nothing else! 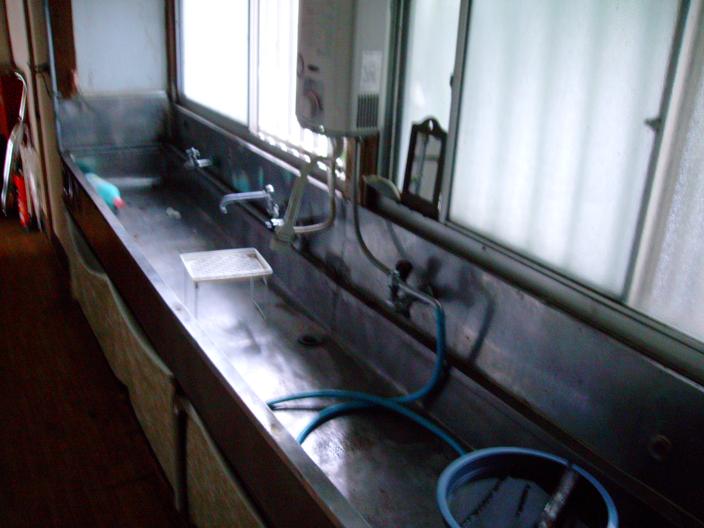 The two big utility sinks in the halls are the traditional Japanese type...The upstairs one was no longer in commission. One of the tenants intended to turn that one into a planter for vegetables which I thought was a cool idea, but then, I am a nerd. I gather the landlord did not object as he was stacking bags of potting soil in it the day I left. 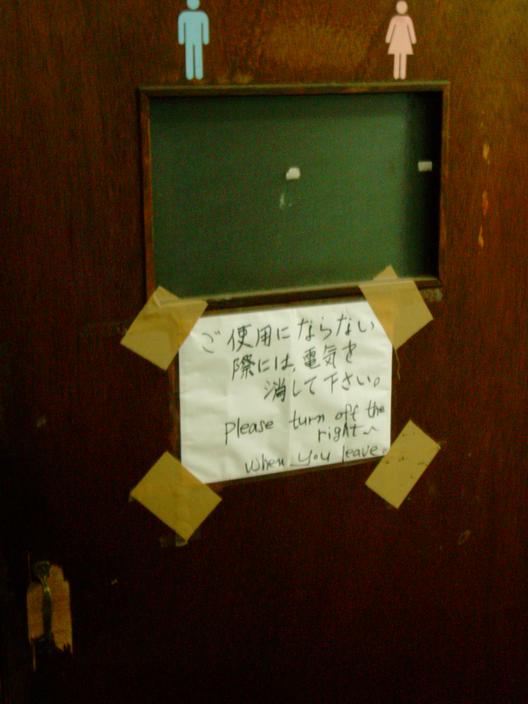 I realized early on what the problem was with the restrooms...it seems that due to a miscomunication, right was frequently disabled by the tenants, and, as nature abhors a vacuum, the restrooms would then fill up with wrong. 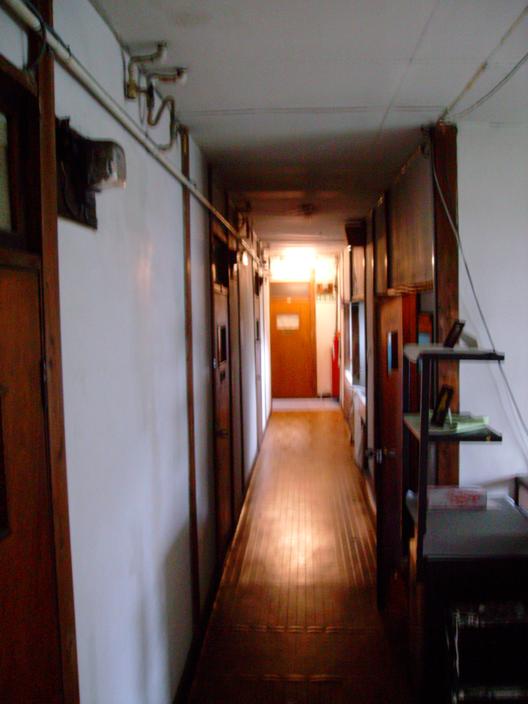 Restroom wrongness aside, the building was, while dilapidated, not actually unclean. I never saw a roach for instance. On the other hand there were a lot of jumping spiders (which I did not molest...and reciprocated the behavior).

Despite the rustic touches there are a few things to be said for places like this. First the place is cheap.
500 a month in Tokyo is pretty damned good. You are unlikely to get better private accommodations for that without a 6 month lease. Gas is cheap, the 250 dollar utility deposit was 80% refunded.
Second the place is casual.
"What does he mean?"
Other, newer places, like this that actually cater to foreigners frequently cost twice as much and have a ton of restrictions. No guests, a curfew, no food in the rooms...its like dorm life without D&D. This place allows you to cook in your room, go and come at 3 AM and as long as you observe shoe discipline and aren't loud..they don't care.
As an aside, when I told my friend  Bob Mitchell about the pillows* that were in the closet he asked about the layout and the nearby bathouse. We realized that by bizarre coincidence he had stayed here before. In fact he had brought some friends, who balked at the place got another, better maintained place that cost more than twice as much and were miserable in the "prison" whereas Bob stayed here and had a fine time, being able to come and go as he pleased with no fear of being locked out.

The purpose of accommodations when on a vacation is to give you a place to sleep and put your stuff. This served that purpose well. I was not in Japan to see the inside of an apartment but to see the many sights of that strange land. Particularly given that this was found quite on the fly I think I did pretty well. For that reason I actually don't recommend against this place.


* Pillows in Japan are constructed to an utterly different standard of softness, more appropriate for a beanbag. Bob informed me of this in '07, and mentioned that he always bought several pillows from Sams Club before going to Japan. On the way back, the luggage space used for pillows was taken up with the stuff he'd purchased. When I discovered several Sams Club pillows in the closet I laughed and  mentioned it to Bob...after a bit of exchanging notes we realized he had stayed in this place. I asked the landlord and sure enough he remembered Bob as  "that really nice polite American".
Bob Mitchell ...legendary Gaijin.

1 So it was the exact same apartment? That's pretty amazing.

2 Bob is the son of a submariner...his whole life is secret and strange.