Nothing to see here gentle readers, merely something for my Japanese class, so just ignore this post and keep scrolling.....

2 I'm just trying to figure out which is the name "Wonderduck" up there!

4 Hmm, interesting bug: the comment summary on the front page cuts off the UTF8-encoded kanji in mid-character. What should be the ã« after æ—¥æœ¬ is incomplete.

Damn.. I'm amazed I could still read that after almost four years away from the language (and not very high-level training in the first place). I also now understand why my teachers always said that once you begin using the kanji instead of the kana, going back can actually make things harder at times.

So Where WERE We? While in Japan, Bob and I stayed at Casa Nova, a boarding house/ maison/ gaijin-house run by Green Forrest corporation. These are reasonably priced (580 58000yen/month ) and provide one with a small room with TV/AC and a dorm fridge. Showers, restrooms and kitchens are communal. There is  a  coin operated washer and dryer, but the dryer  is a very inefficient type (very common in  Japan).  I often just went to a coin laundry  about half a mile away (which was no more expensive). There is a common area with a computer, TV VCR DVD player and PS2. 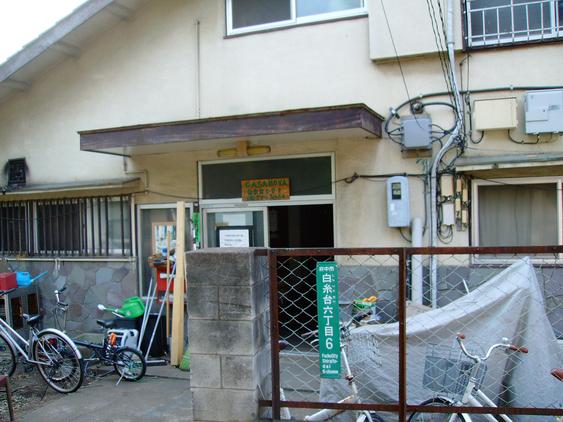 Casa Nova was undergoing minor renovations while we were there which accounts for the clutter (that and the photo being taken on Saturday when all the bikes were in.)

There was a very nice staff. The landlord was extremely helpful with directions and logistics. The staff dealt with a wasp situation  with with great speed...and no mercy.

Casa Nova is the oldest of the Green Forest maisons and the only one not located on a JR train line....meaning our Rail Passes didn't work, but the hassle and expense (~3 bucks one way to Shinjuku) were minor.  We were in Chofu, about a 20 minute walk from Tobitakyu station on the Keio Line. A 5 minute walk from the station is Ajinomoto Stadium, a big, fairly important soccer stadium. Bob has stayed in several Green Forest boarding houses and speaks highly of all of them.

I found out the first morning that the whole neighborhood comes with eco-friendly alarm clocks at  no extra charge...grrrrr.... 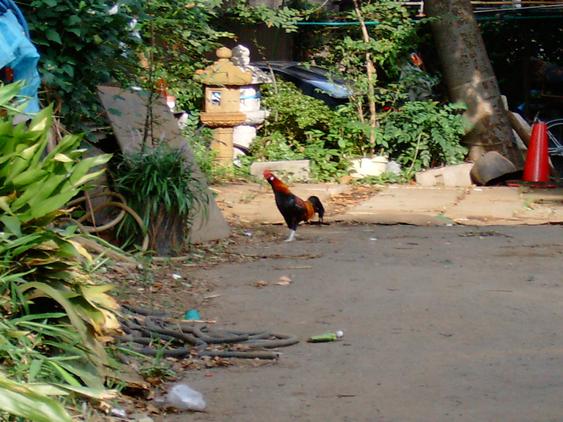 The area is mainly residential, but still quite urban, for instance the Toho and Kadokawa (Daiei) studios are a short drive from the place, there are 2 universities close by, numerous light industrial operations and....oh yes....farms. 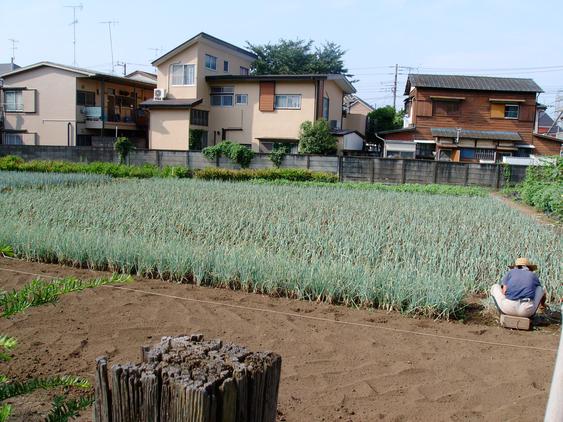 I wonder if Japan HAS any zoning....certainly most US city councils or homeowners associations would have a...er... cow about this agricultural plot in the middle of a neighborhood.....and the poor rooster would be SO dead.

There are LOTS of these micro farms/mega gardens all over, generally about the size of a suburban yard in the Southeastern USA. One benefit of this is fresh produce from little stands that pop up when the crops come in....being there in August I availed myself of some scallions.

The whole town (and most towns) outside of the big city centers like Ginza and Shinjuku has a mildly dilapidated look to it. This is not really unpleasant, it doesn't actually look ratty, just casual and lived in, like parts of Hampton Roads did before "beautification" projects started running people out. This is not to suggest that Japan is a Libertarian Paradise...it most certainly is not...and in a big city like Tokyo lots of ordinances regards trash, noise, odors and such are necessary, but at least there seems to be little in the way of the sort of Ladybird Johnson Jackassery that has so gutted the personalities of many US locales....and that lack is a wholesome and good thing. 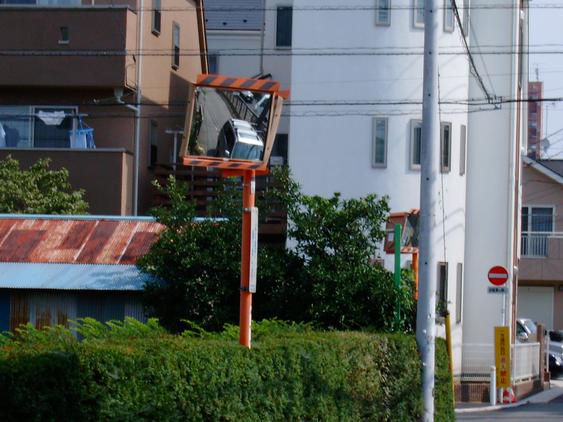 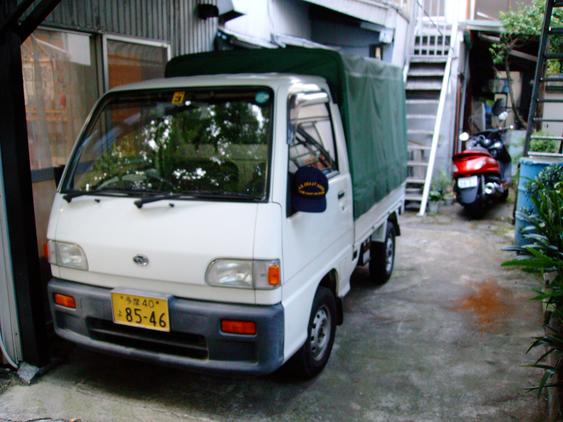 Check out my cap on the mirror for scale. These efficient little "Cushman" type trucks are extremely common over there but are not street legal in the US due to well intentioned but regrettable nannyism....(they are not terribly crashworthy)....but I digress... 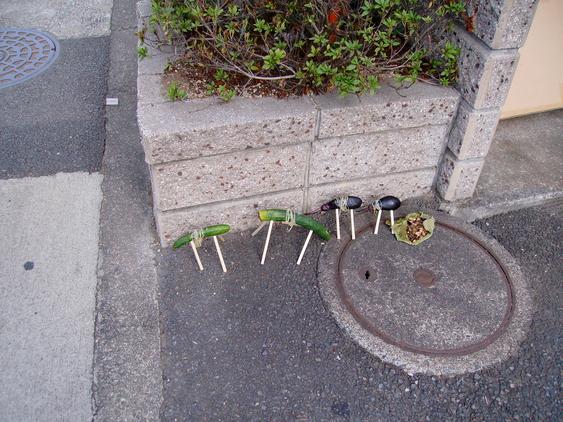 I have no idea.....but I suspect the Blair Witch is involved.

When you have a lot of bikes you need a place to park them... 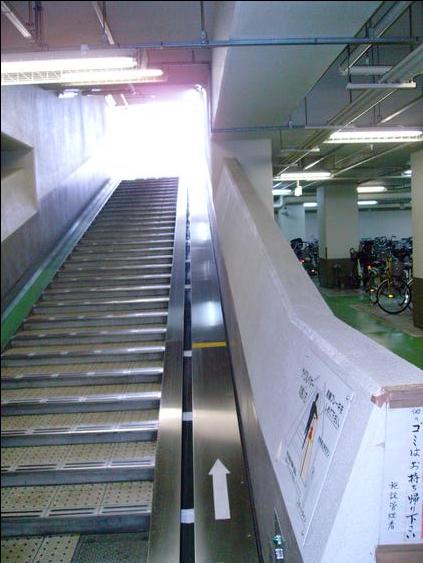 This is the underground bike garage at the train station....note the ramp to the right, for walking the bikes up and down. Overhead crosswalks tend to have the same feature. The small but long steps this necessitates can be negotiated with some difficulty by wheelchairs and strollers, especially if a special sort of brake is fitted.

Right outside the laundromat, utility workers do preventive maintenance. 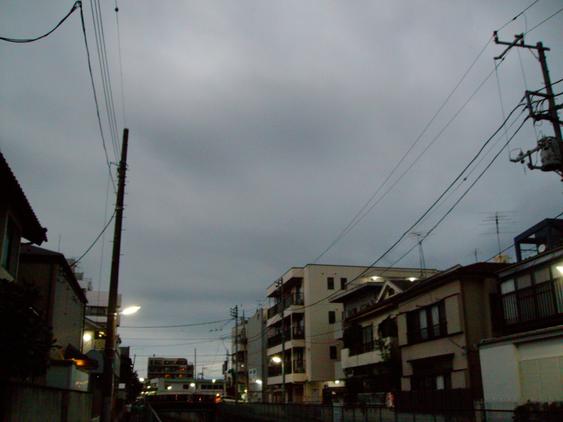 Note the gaggle of wires in these two pictures...this is fairly rare in US cities except in areas with a very high water table...due to lessons learned tragically. Why an area so prone to earthquakes and typhoons has such exposed lines is a mystery, though it may be to facilitate maintenance..... 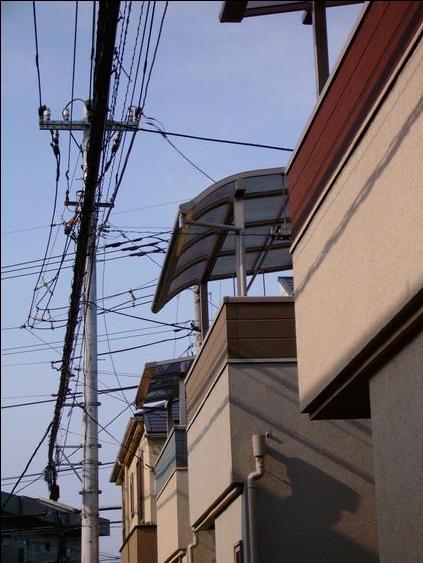 ...being a guy, I know just how much mischief I would have gotten into as a child if only I'd had such tempting electrified trapezes  within arms reach of MY balcony....


Here is a random view down one of the nearby streets.... 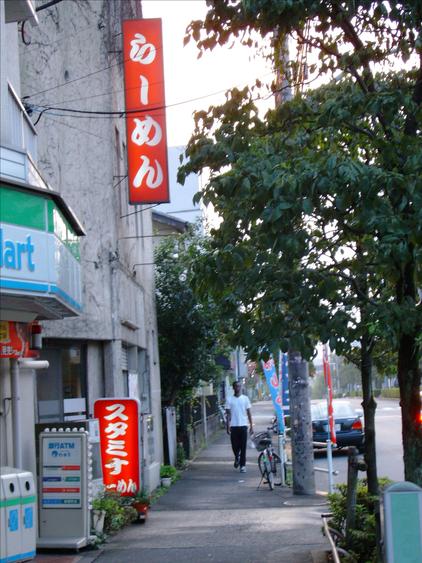 ...the red sign is for a restaurant that produces the best gyoza I have ever had...but the culinary find of the trip was this little noodle joint.... 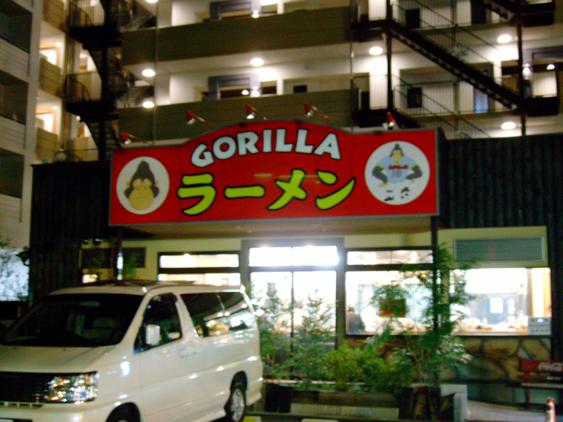 Good, reasonably priced ramen with neato eclectic music. In addition to various Japanese bands, they had Daft Punk and Bad Religion...and others on their Muzak rotation. Of course if gorillas are involved its gotta be fun.
(Note.... gorilla ramen is not actually on the menu)
From Tobitakyu station on the side with the police box and Mc Donalds , go down the main drag, and turn left  on Kyosho-Kaido Avenue (second stoplight) total walk about one kilometer.

One note....in most ramen shops and several curry shops I visited there is one choice for beverages....ice water.

Anyhoo...this was where we were staying at...

The "blair witch" picture shows two breeds of animal little known here in the US.  The cucumber rat and eggplant beetle used to roam the plains of the American Southwest in huge herds, until vegetarianism took off and hunted them to extinction due to misidentification.  A tragedy, really.

2 It's not a zoning issue, but a subsidy one. Japanese agriculture is hugely subsidized, so you get a lot of little farms in urban areas where they really ought to have put building instead. The farmer only gets his subsidy so long as he's actually farming, sure, but it makes for a weird distorting effect on the land market...

I love the pictures.  The cucumber animals were just...unique.  I'm glad you were able to find decient places to eat and interesting sites to see.  Sounds like you had a blast.

4 Thanks Avatar. That makes perfect sense.
It's possible too that the lack of the sort of eminent domain abuses we have over here might be a minor factor as well.

No big fan of subsidies, but at least they're getting the money to FARM with as opposed to not grow stuff like the "farmers" in NYC.

5 I don't see anything unusual about the garden plot in the city. They have them in New York City, as well as Los Angeles.

I grew up in a city and worked on a farm smack dab in the middle of it. Some years before I moved out of the last city I lived in, there was a dairy farm down the street less than a mile away. It is now a shopping mall, but it had cows on it when I first moved in.