Meanwhile.... While all eyes are multitasking between a variety of extremely unpleasant developments on the other side of the world, the Chinese government has declared that...

China can build whatever it wants on its islands in the South China Sea, a senior Chinese official said on Monday, rejecting proposals ahead of a key regional meeting to freeze any activity that may raise tensions in disputed waters there. 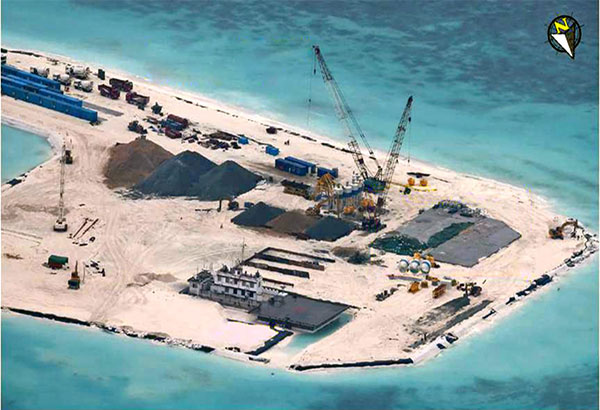 Above is the Chicom outpost on the manmade island that was once Kennan Reef, part of Scarborough Shoals in the Philippines.This is just one of several reefs the Chinese are building outposts on. 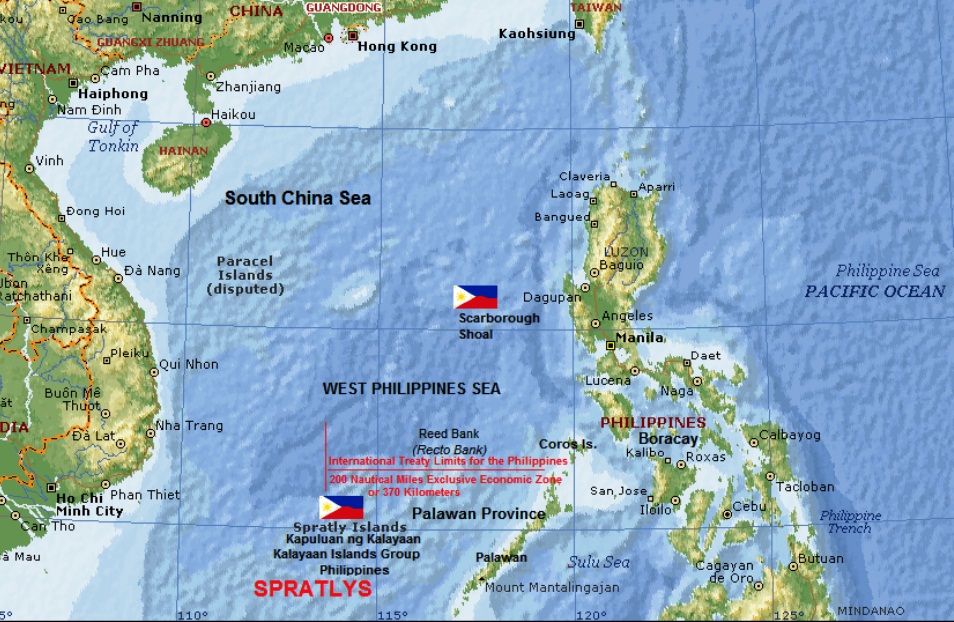 Since the Chinese consider these to be new Chinese territory, they claim the 200 mile EEZ around them, which is most problematic for the Philippines as Scarborough Shoal is not just claimed by the Philippines, it is well within the Philippines'  EEZ, only 150 miles from Luzon and has been part of the Philippines since the Spanish organized the islands against the Sulu jihadists in the 1500s. When, after the US annexed the islands, the Philippinoes voted for and were granted independence from the US, Scarborough shoal was explicitly included by the US in the deal.

1 <sarcasm>Environmental groups like Greenpeace will mobilizing to prevent further destruction of these coral habitats in 3...2...1...</sarcasm>

2 Man, I placed the secret rocket base of Mad Scientist Vaughn Brown in the Spratleys, and now reality is trying to crowd me out.  It's not fair, dammit.

3 Well now, that little bit of spam was unexpected.