All That is Needed is Discipline, Competence and Awareness
Previously, on Brickmuppet Blog,
...we opined about the matter of the Ebola patient in Texas, advised our readers that there was a lot of hype and pointed to the heartening examples of Senegal and Nigeria as representative of how, when alerted to the danger ahead of time and given basic health care facilities, even a third world government can successfully deal with an outbreak of this disease.
Last night however, I noted something that concerned me. It concerned me enough that I was not, in fact, able to sleep the rest of the night and this has haunted me all day. Before I potentially alarm our readers I think it advisable to get a second opinion, so we'll ask some of the Brickmuppet's Crack Team of Science Babes if they are optimistic about the situation in Dallas...

Well then.
Last night on Gateway Pundit, these two images in particular caused me some worry. 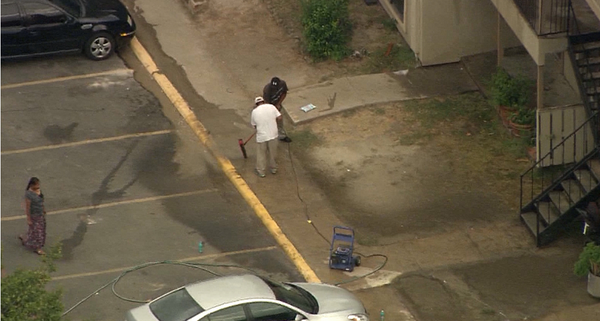 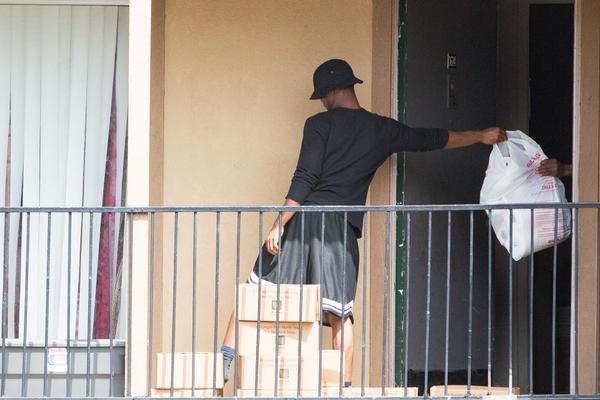 These pictures are allegedly of the cleanup of the vomit and blood soaked sheets in the apartment that the Ebola patient was in. It took days for the city to get a cleanup team out there which puts the family's efforts to break quarantine in a far more sympathetic light. as they were in the house with deadly, infectious blood and spew...in Dallas...In September.
It gets worse of course.
They aren't wearing any hazmat gear.
I did hazmat cleanup and response for 12 years and EVERYTHING in these pictures is wrong. The pressure washer is the LAST thing one should use as it temporarily aerosolized the infecty bits. Dispersing it into the dirt where children play is an additional sin and as Gateway Pundit notes, there is a woman in sandals walking through the stream unaware. The apartment cleaning crew's precautions consist of holding the bags of death at arms length.
EVERYONE in these photo's is likely exposed and their friends. coworkers and families are now at risk too when some or all of these people develop symptoms in 3-21 days. Every single person in the picture needs to be tracked down and quarantined. Not only that, other employees of the cleaning firm have likely been exposed as well, from the pressure washer, vehicle and the linens themselves, since no particular precautions seem to be being taken...those do not appear to be HAZMAT bags.
It gets worse. The pressure washer makes it likely that droplets got inhaled by some people. This could cause the bug to develop in the lungs first. Ebola is NOT airborne. It can't hang in the air like a flu virus, but it is conceivable that a pneumonic infection could make a victim able to spread the disease over a wider area more efficiently much like pneumonic plague. Note that plague is also not really airborne. It's spread mainly by fleas and exploding buboes, but if inhaled it is far more virulent as sneezing and coughing can project it a much longer distance.  This does not require any mutation of the disease just that it get into the lungs.
Whoever sent these completely unprepared and untrained men (who are obviously woefully uninformed about what they are dealing with) to this apartment needs to be arrested, and tried for negligent manslaughter as soon as anyone associated with this fiasco dies. Whatever government agency hired these people needs to have its chairman, and all responsible for this fiasco face the same fate. There is NO reason why a city health department does not have a HAZWOPER qualified contractor or in house department to handle an infectious substance cleanup. That would seem to be one of the Health Department's main jobs.  Heads need to roll, but I fear that a far worse fate awaits many Texans because of this gross negligence
What should have been a scary but contained event like the Nigeria outbreak now looks like it could very possibly be an utter catastrophe. Add everyone in these picture, the children who play in the complex, their families and friends and the owners of any dogs that happen by and lap up a bit of the water to the potentially exposed list.
Now it is possible that they were using bleach, but given the level of PPE displayed in the photo's I'd say that was not likely.
If this pans out like I fear (and I pray to God I am wrong) this is going to be a real disaster. If it finds an animal reservoir, it's going to be with us a long time.
Seirgen, regarding your inquiry....
It is never the time to panic. Situations like this demand anything but panic. Panic is why this disease is rampaging through Liberia, In that case though the doctors were caught flat-footed. Dealing with a malaria outbreak they were were unaware Ebola was in the area,  and misdiagnosed the disease and infected themselves in the process. By the time they realized they were dealing with Ebola a huge number of the doctors were infected and dying themselves...The United States had ample warning and rescources that the doctors in Liberia ( and Nigeria for that matter) could only dream of. And we may have squandered it with negligence and stupidity. 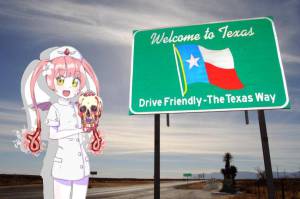 Ebola Tan says: "Negligence and stupidity are two of my favorite things!"
UPDATE: It appears that the family has been moved out and a proper hazmat team has been called in. Unfortunately they have been stymied by agents from the CDC and Dallas City EMT both of whom have helpfully required that they file an approved cleanup plan.
We're doomed.

Of course heads wont roll; you're a racist for asking for that.

Of course those HazMat disposal teams were top notch; you're racist for posting those pictures.

Ebola is from West Africa, so you're...racist.

2 OK, I won't panic.  I will calmly buy 12 months of food to fill my spare room, coolly buy activated charcoal filters for my air vents and water facets, and then seal myself into my home in a collected manner...

Instapundit linked to a report that said the four people in that apartment have been moved to a standalone house -- after several days of exposure -- and that the apartment has been decontaminated.

However, I suspect the decontam was the incompetent one you pointed out. I think everyone in that complex needs to be paranoid for about a month.

4 What I want to know is: where is Rick Perry? This kind of thing is exactly what he should be paying attention to, and moving heaven/earth to get it corrected. He really ought to be kicking asses and knocking heads about it.

5 If those photos are the real thing, then everyone involved in the decision-making process needs to be in jail.

And as Steven said, where the hell is Rick Perry?  All it takes to sort this out is one brief moment of competence.   So WTF?

6 Sure I'm not telling you anything you don't already know, Brickmuppet, just thinking it over and getting more and more annoyed.

The only way a pressure washer would be suitable for this is if the area had already been thoroughly decontaminated with bleach or other strong disinfectant.  I'm not sure what's considered best for viruses, but bleach is always good; it does for organic molecules what a blender does for frogs.

Even then, of course, the area should have been taped off and the workers wearing proper protective gear.  So the best case is that this is a huge bureaucratic clusterfrog.