Kyocera Dura-Force Pro2 Over Christmas, the battery life on my Blackberry Classic became untenable, the camera stopped working and aMac update meant that it would no longer talk to my desktop. Thus began the phone hunt, which was completed by Janury 4th.

It's been 10 days now, so here's a preliminary review.

Kyocera Dura-Force Pro2 is advertised as rugged and water resistant, the later is pretty impressive for a smartphone that still sports a USB-C as well as a headphone jack. This is accomplished by having plastic covers with rubber-like gaskets over these and the SIM card and memory card slots. The phone itself seems durable and the sapphire screen endured a recent mishap involving the phone falling 6 feet face down onto gravel without a scratch. Indeed, the phone is remarkably overbuilt for my needs, being rated for explosive atmospheres if sealed up and it is safe around blasting operations in airplane mode. If I were still in the Coast Guard I could take this on a boarding and inspection of a tanker.

The waterproof/gastight covers, while themselves solid, are secured by plastic tabs that seem both fiddly and flimsy and invite great care when opening and closing them. They do not look like they could be easily replaced, and the associated IFIXIT page does not have a repair/replacement guide for them.

That being said, over the last 10 days there have been no issues and once closed, the covers are firm, flush and seem to be securely immobile. The gaskets themselves seem to be about a millimeter in diameter.

One reason I went with this rather than just getting a burner phone or something is that, quite unusually for a device sold through Verizon, this phone came unlocked, meaning it will be little problem to switch to another service provider like KDDI or NTT DoCoMo should that become advisable later this year.

Regarding the interface, I do not have any real experience with modern smartphones and after 12 years of the straightforward (but long dead) Blackberry OS I found the Android operating system to be somewhat non-intuitive. It also comes with an  selection of aggressive apps designed to not be easily dismissed and when one tries to dismiss them they often activate or try to extort money from you. Annoyingly, none of the mail applications will talk to my Earthlink E-mail account, though as one might expect G-Mail is a breeze. It also interfaces seamlessly with Outlook, Hotmail, EXchange and something called Yandex and there is a separate AOL app on the log in screen.


It does have exterior volume buttons which is a very nice thing. However, there are only 2 programmable exterior buttons, one of which is by default the camera button. Given that most phones don't even have that, this is, on balance, a huge plus. However, it does mean that one must look at one's phone to do most things with it. In this the phone is vastly better than most others, especially the i-Phones and as a complaint is admittedly boomerism on my part, but I don't like having to actually look at the thing for anything other than reading texts or looking at vidya.
Excuse me.
I have to go yell at a cloud. 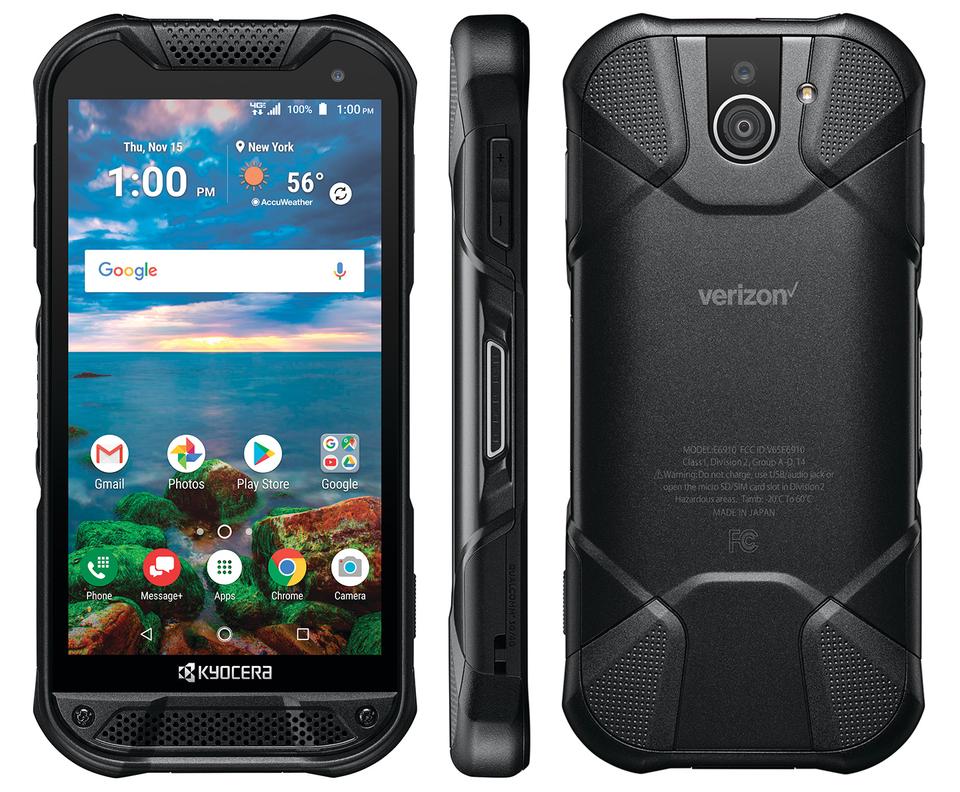 Holo and Grea don't get along very well, only exchanging the most perfunctory formalities. That is, unlike the old Blackberry, this android phone will not sync with my new iMac, though they will exchange files via blue tooth. In fairness, the fact that I own an iMac is not the phone's fault.

A note of caution regarding water. In contrast to a watch, where "water resistant" means usable to 150 feet,  the phone's warranty bottoms out at 6.5 feet (roughly 2 meters) which makes the inclusion of a underwater mode for the camera an interesting design choice, and potentially misleading.

That aside, just splash proofing is a very useful and desireable trait. This phone has survived one major drop and 10 days of rough use with nary a scratch.  In contrast to those wafer thin, bony foo-foo iPhone models, Greya's thicc....over half an inch thick (.53in)  which (in theory) makes for a much tougher phone and probably contributes to a battery capacity which is advertised as 21 hours talking on the phone and 13 days on standby. I can't talk for 21 hours but I got 4 days of intermittent use that included internet, listening to music and watching videos  without a charge before it got below 20%.

Aside from the quirks of android, and a lot of aparrently non-deleteable apps I don't want, this seems to be a very solid phone. There is one other aspect to this piece of kit that is of note. Despite being water and gas tight, the IFIXIT page linked above notes that it is moderately easy to repair/replace speakers, cameras, batteries and buttons. While not unheard of, this design choice is certainly bucking some unwelcome trends and is to be lauded, especially given the robust nature of the phone. (Note that aftermarket parts will void the explosive atmosphere and blasting certification...if that's an issue for you.)