Wallpapers Of Futures Past Over at Paleofuture Matt has posted 3 retro-riffic screen savers! 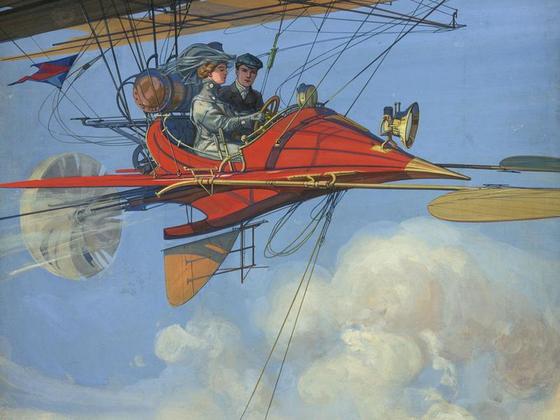 Jets are not Rockets...but Both are Cool. Rand Simberg takes this Popular Mechanics article to task for calling the rocket pack being marketed by Go Fast International a jet pack.

In fairness this is the name they give their product.

It is true that the terms were clarified in the 50s or thereabouts to refer to jets as air-breathers, and rockets as those that carry their own oxidants, the terms were once interchangeable  and  the propulsion  (as opposed to fuel details) are pretty much identical (turbofans notwithstanding). However the capabilities of the systems are vastly different. Rand is absolutely right that a real jet pack would be much cooler than this as it would have orders of magnitude more range.

Law of the Sea Treaty....Moon Treaty Rand Simberg has thoughts on both.

He is not enthused.

1 Instapundit said that "LoST gave us (the U.S.) something, but Moon Treaty didn't give us anything", but he did not specify what the upshot of LoST was.

In any case, the moon shit seems bad.

The Great Ones Pass Mr Wizard has died.