For some time, I've had a partially written review of the Coyote Ragtime Show floating in the ether of blog purgatory. A combination of school, and other distractions as well as a severe case of Apathy towards the show have kept it there.

Now Ubu Roi has forced the issue with a long thoughtful and justifiably merciless disquetation on The Coyote Ragtime Show.

The show is an animated 70s action flick containing all the absurdities that implies and rife with with elements from American, Japanese and Hong Kong flavors of that particular dish. The show is almost a stream of consciousness of random encounters and complications. Of course, many of the impossibilities (long conversations during a 6 story fall) are anime tropes as well, that they are noticed as such is a testament to the shows failure to engage the audience after the first episode...

And the first episode IS good.

Tough as nails detective Angelica Barnes has been given a license by the president of...the...er...galaxy or something...to bring back the super criminal known as MISTER. She has arrived on a backwater planet to check out a lead in the local maximum security prison. 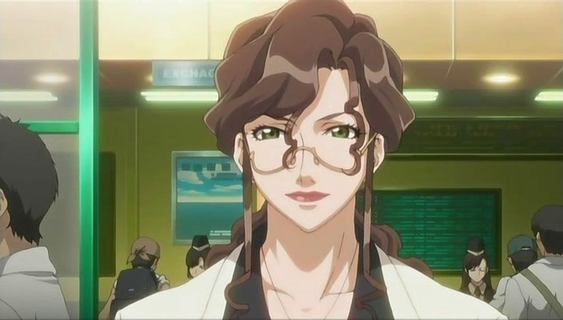 She is met by Chelsea Muir (superbly voiced in the dub by Monica Rial) who is arguably the most likable character in the show. Ostensibly a detective, Chelsea was almost certainly either an affirmative action hire or was given a commission in the vain hope of a quid pro quo involving her ample bosom, for Chelsea is barely literate and exceedingly scatterbrained. She is not dumb, however. It is strongly implied in the English version that she is dyslexic. She is a brilliant mechanic and has an eidetic memory. Her knowledge base and skillets are eclectic and unsystematic but what she is good at she is very good at. She is also idealistic and principled, which on this corrupt world would likely have gotten her fired or worse if Angelica Barnes opinion of her hadn't shifted from contempt to admiration. (By the end of episode 1 she signs on as Barnes assistant...gopher...something). 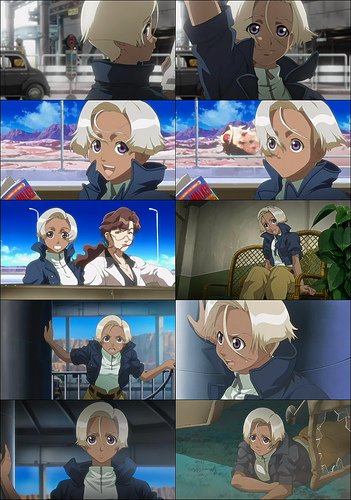 The two arrive at the prison to investigate the possibility that MISTER is incarcerated there, for a DUI of all things, when.. 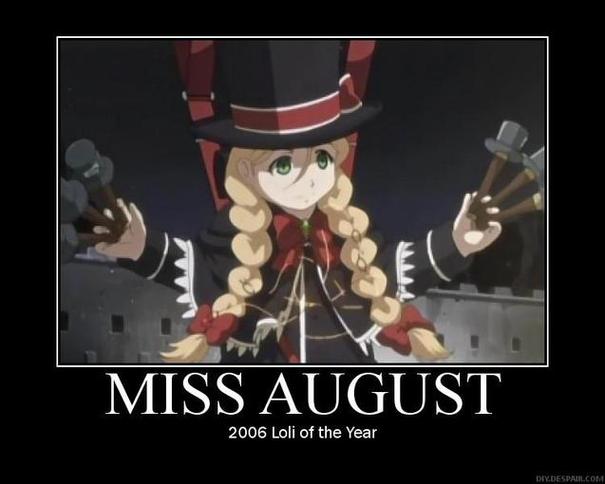 Yes boys and girls by combining gunpr0n and cosplay with murderous maidens of mayhem the producers were able to cover bases on at least 30 different fetishes in one villain team!

This should have been the best series ever!

The first episode is a cunning trick.

The protagonists of the show are not our intrepid female crime fighting odd couple.

The protagonists are MISTER and his gang, which includes two fairly incompatible henchmen, a black minister with a purple afro, and a young girl who possesses the secret to finding a treasure...which happens to be located on a planet that has been slated for...um...demolition (due to a revolt there) in just a few days. They zip about through space in a unique craft overcoming all sorts of unlikely obstacles and a corrupt interstellar government....yet for some reason the show is called Coyote Ragtime and not Mr. Who.

Aside from the surprising coolness that is Chelsea (who we get to see not nearly enough of), the most interesting bit is the profound compassion and loyalty demonstrated (internally) amongst Marciono's otherwise ruthless (indeed sadistic) organization. I found myself looking at that aspect and the dysfunctional family that is MISTER's team and trying to extrapolate what they were trying to say there. I concluded about midway that the insane and unlikely "plot" was not actually the point. I concluded that the show was actually about ethics, and how far one goes to keep ones word, ones dignity and protect those one is charged with. The characterization of the android sisters hinted at a neat tranhumanist point they were trying to make involving the "soul question" the "friendliness problem" and the ethics of robotic behavior. I concluded that the show was actually quite subtle.

An episode or so later I concluded I was being silly and was utterly wrong. I concluded that the writers were just putting various cliche's and tropes in a blender and pouring the contents into my DVD player ...@$29.95 a serving.

The plot holes and inconsistencies are terribly distracting but not to such an extent that they detract from the painting by numbers feel of the show. Most things happen simply because they are cliche.' In fact the climactic battle between Marciano and Mister is utterly unnecessary. It gains nothing for either of them it is pointless and even a revenge motive is dubious.

However, they do battle because...it is what's done. That is the actual reason given.

The show is a scavenger hunt with a lot of improbable problems that get solved improbably...and then the show just kind of ends...most unsatisfyingly.

The biggest disappointment however was this...

Angelica Barnes, who has been obsessed with catching MISTER since he inundated a resort with a tsunami....(and made his getaway via surfboard)...finally realizes that she doesn't really hate the man...she doesn't really want to take him to jail. No, you see she's just in luuuuv cause he's a loveable rogue and chix just dig jerks.

Now I'm no gender feminist...in fact I'm so poorly socialized that I think the dyslexic gangrou is hot, but damnd if that isn't the most f%#&*ng sexist idiocy I've seen in years.

Above average animation, lots of cool ideas and a superlative sense of style are not enough to make up for a lack of direction, common sense or internal consistency.

1 Chelsea is the ONLY reason I lasted as long as I did with the show.

2 I blame Aug for ten episodes of my stupidity.

But I stumbled across this looking for a picture of the sisters, and, well...

While I agree that the show was cheap, cliche fare (which I actually found very fun because I expected it to be cheesy and bad from the first episode) I disagree that Angelica's love for Mister was a sudden plot twist thrown in at the end. Maybe my judgement is skewed by a few lucky guesses from the first episode, but I saw that coming by episode two and she showed signs long before the finale that she had another motive than just justice for finding Mister.

That doesn't save it from being a fluff-fest filled to the brim with cheese, but I just can't hold that plot element against it.

We got visited by Koko!

Such August company! How are Betty, Bimbo and Fitz?