Cooking Mama CookStar Does not Exist. (UPDATE: Unless it Does.) 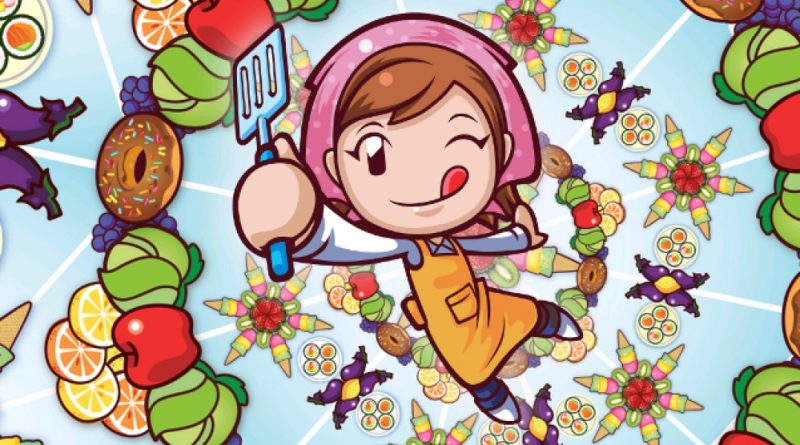 There's an odd story over at One Angry Gamer* that is at least partially corroborated by other outlets.
It seems that the lates installment in the Cooking Mama franchise is now out.
Or not.
Here's a quick overview of what may or may not have happened.
Cooking Mama CookStar was announced for the Nintendo Switch and in its promo materials an offhand mention was made that it would employ blockchain technology. (For some reason).
This led to crazy conspiratorial speculation that the game was an elaborate and cunning crypto-currency mining scheme.
The game release date has come and gone.
The game is listed as for sale but is not available. **
It was available at some point, because there are people who have physical copies that are playable...if not connected to the internet.
There are unconfirmed reports that the game is a terrible power hog and reports that an early version could damage the Switch. (How?)
There were reports (read anonymous posts) on Discord that the crypto-mining software was also forwarding user info to nefarious people for nefarious purposes. (A source quoted in the IGN article invokes the Kochs).
Nintendo assures everybody that there never was no-way no-how any crypto mining software on their game.
Analysts who have examined one of the few extant examples of the game claim there is evidence that crypto-mining software was removed...clumsily, which accounts for the games reported poor optimization. 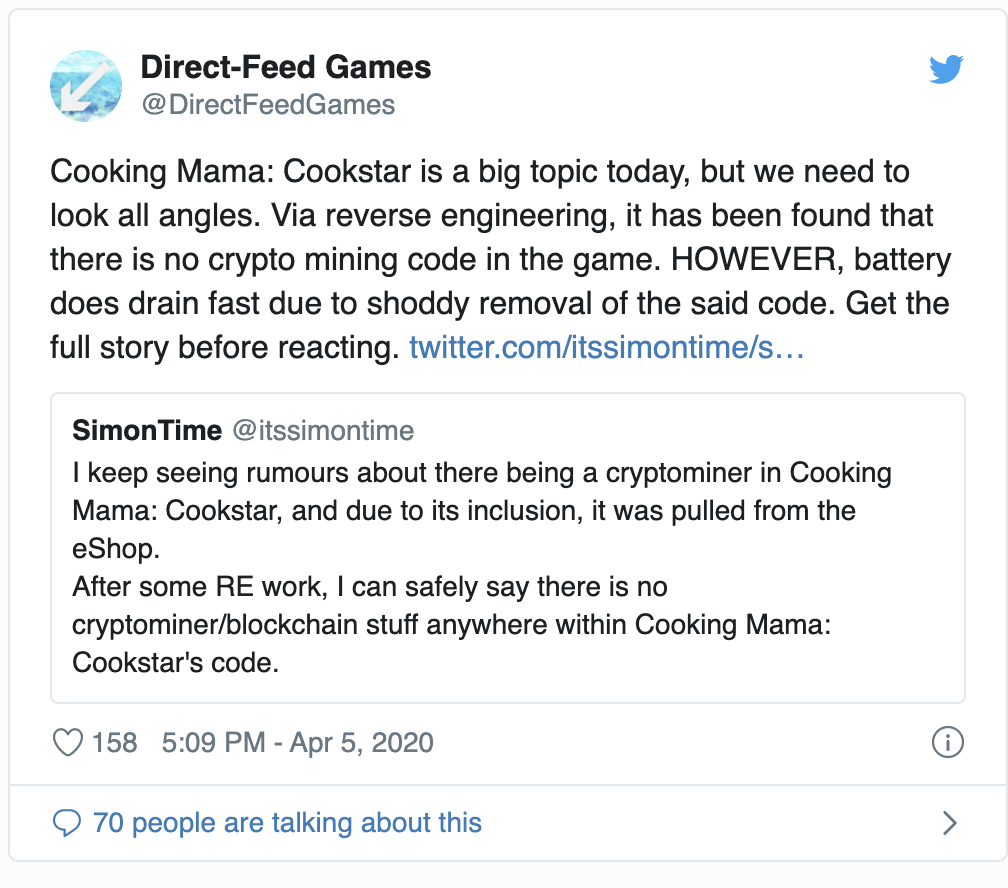 Tweetshot from O.A.G source here
Other sources say that there's nothing in the code that is indicative of crypto-mining now.
It's unclear, however, who actually developed this particular game. There are three companies denying any responsibility for it and another sketchy address in Connecticut. It's also unclear at what level of development blockchain technology was considered. Nintendo says it wasn't  but it clearly was considered seriously somewhere at some point was it was mentioned in the promotional materials. (along with the vegetarian option...which may or may not be significant)
So what really is going on here?
No one who's asking knows and no one who knows is talking.
However the game existed at some point as there are "let's plays" on You Tube:
Nintendo says all is well. Buy their game. Which you can't get.
UPDATE 19:39 April 8: It now appears to be available via the game's website. They are only selling physical copies though (which is not in and of itself a bad thing)
* Don't read the comments!
** Screencap taken at time of this post is here.
There is a silver lining to whatever the hell is (or is not) going on here.
You see, somehow a game about a traditional mother who is cooking got greenlit in 2020.

1 Huh.  Best Buy's got a hilariously wrong result for "cooking mama cookstar", Walmart has all 800+ Cooking Mama games except this one, and there's a dozen sellers on Amazon who'll send you a copy for $80 or so.

2 Do any recipes for cooking mama include fava beans and a nice Chianti?

3 It's in the news again:
https://arstechnica.com/gaming/2020/04/cooking-mama-creator-threatens-lawsuit-against-unauthorized-switch-launch/